The “decisive moment” is history. 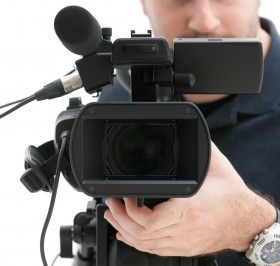 The term was introduced by one of greatest masters of 20th century photography ( big round of applause) , the distinguished Henri Cartier Bresson. In his own words, “ the decisive moment is the simultaneous recognition, in a fraction of a second ,of the significance of an event as well as the precise organization of forms which gives that event its proper expression.” This quote is more than fifty years old. Photography has come a long way since. The principles are the same and great images will always have the attribute of timelessness, but things have changed.

I stumbled upon an interview with photographer and director Vincent Laforet. He’s the kind of guy Canon call to shoot a promo video with their latest camera. He also has, I believe, a great insight on what the future will bring for this industry. According to him , it’s some sort of a convergence between photography and video. It didn’t make much sense when I first came across the idea, but after some time of linking thoughts, all that might not seem so science-fiction.

Back to the decisive moment, Laforet says “the one thing that’s going to make me miss or succeed as a photographer is capturing “the” moment, because that involves anticipation and predicting the future”. Fifty years ago , being a good photographer meant that you had to be a master of exposure, manual focus and a pretty decent chemist. But none of that would have done any good if you didn’t have the ability to click the shutter at exactly the perfect moment. Meanwhile, autofocus and auto-exposure were born, film died and pixels prevailed. And now, for the first time, there is actual talk about the possibility of extinction of classic, click the shutter to take the picture, photography. As Laforet himself points out, nowadays he can pick any 14 mpx still frame from a movie shot with his 5k, 96fps Red Epic camera. I thought to my self wow! It seems like only yesterday my 6mpx Nikon D50 was badass.

Shooting everything in video and picking the right frame would absolutely kill the need for anticipation, waiting and having the impulse to click the shutter at exactly the right time. That would be a disaster I thought. Everyone is going to be empowered to capture incredible moments and none of us will ever be special again. Then I had a gruesome revelation : the decisive moment has been dead for many years now. Precisely since the creation of the motorized film advance for analog SLRs. Up until that time, if you were, let’s say a sports photographer, you probably would have enjoyed loads of respect from the rest of the shooters in other branches. That would have been mainly because you had to be an artist at know exactly when the pass would be made or when the ball would enter the hoop. Then came along 2,3,5 frames/second. Aaaand, it was gone.I’m not saying it’s easy to be a sports photographer today. It still takes a great deal of effort and skill and I have loads of respect for all those guys However, it’a lot easier to get the shot with a 12fps machine gun like the D4. With all this in mind, I really don’t think there’s a great difference between Laforet’s Red and my friend’s D4. If want you to capture happens in 1/60th of a second, you will definitely get it.

I’m not sure about the prospect of this convergence Laforet speaks of. What I do know is, the required skill set in this industry is constantly evolving. With technical aspects no longer being an issue for anyone, evolution will naturally take place other areas. If you had to be a good chemist back then, you have to be good in front of a computer today. If your ability to capture the right moment is no longer making you stand out from the crowd , maybe you should shift your talent to editing skills. Time will tell.

There is one thing that I don’t believe will ever change. That is the human ability to capture or tell a good story and create something that will cause a spark in anyone watching, no matter if it’s a still frame or a video.