It is a known fact that Nikon has been making some of the world’s greatest optics for a very long time . They are also responsible for some of the greatest cameras and lenses ever made, and that could be an understatement. It is the choice brand of professionals from all over the world, and from all photography fields. In 2007, a landmark was produced in their pro lens range with the introduction of two, very promising products. In 2009, a later lens was added to the lineup. I decided to revisit them and share my thoughts with you.

Read what other photographers are saying about the 14-24mm here.

When it came out in 2007, its looks literally scared me. It reminded me of the extreme, wide angle lenses of the ‘70s and I first thought it was an oversized fish eye. However, it is not. The center is straight thus making it an ultra-wide zoom for the FX (35mm) format. It is said to be the sharpest 14mm lens ever created and I couldn’t find anything to disagree. The optical construction is made of 14 elements divided into 11 groups. Two of them are made with ED glass ( Extra-Low Dispersion ) which makes details even sharper. The inside of the front element has a Nano Crystal coating that reduces reflection and allows light to enter the lens uniformly. 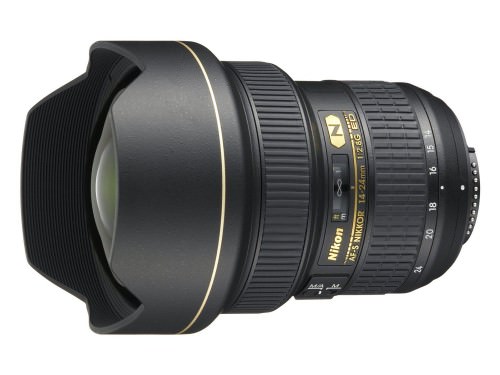 It weighs a massive 1kg and combined with a pro body, like the D4 or a D800 with a grip, it can be quite a strain for your arms. It is a fantastic lens though , and in fact ,it is so good that Canon 1D series users have bought it along with special adapters. It simply is the best ultra-wide zoom available on the market today. There are some drawbacks though. It is a $2,000 bulk of exotic glass that you can’t protect with anything other than an insurance. That is because it doesn’t take any filters, and that comes as no surprise considering that it has a diameter close to a 300mm f2.8. It is a moderate price to pay however for the build and image quality you get from this fantastic lens. It is the work horse of many landscape photographers and photojournalists, but its angles of view can be used in many creative ways.

Read what other photographers are saying about the 24-70mm here.

It was announced about the same time as the 14-24mm and it is possibly the most used Nikon pro lens of today. If you go to any event or any pro shooting where there is a photographer using a Nikon camera, chances are he’ll be using this lens. It is loved in all fields of photography because it is the best all-round lens money can buy. Why so? Because it is a solid block of metal and glass that takes tack sharp pictures at wide open aperture without making compromises like dark corners . It is also unbelievably fast and in Nikon’s good tradition of high compatibility, it works just as well on a D5200 as it does on a D4. I wouldn’t recommend it for a DX body though as it was designed to shine on a full frame. If you want a pro lens for a DX body, look for the 17-55mm f2.8. If you are using a full frame camera however, this is the lens that can bring out the full quality of your sensor. The optical construction is made of 15 elements in 11 groups. ED glass and Nano Crystal coating are obviously a given. The focusing is done by a Silent Wave Motor and take my word for it , it is so smooth it will make you want to shoot just for the feeling. 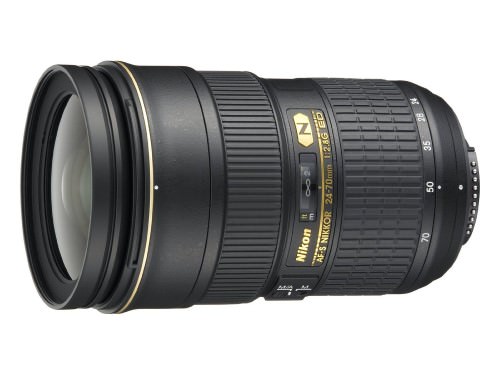 On the downside, it’s heavy, large, and with the lens hood mounted people will spot you a mile away. If you plan on shooting candids, forget it. You might as well sound an alarm. For everything else though, it is the way to go.

Read what other photographers are saying about the 70-200mm here.

Well, frankly, I don’t know where to start on this one. Personally, I’m not the biggest tele-zoom fan , as my photography rarely requires long distances between me and the subject. This, however, is my guilty pleasure. It is everything you would expect from a company that gave us the first 80-200mm f2.8 ever, and more. A lot of folks found it hard to decide whether they should switch to this version from their previous, VR I. The truth is, there are a lot more differences than just a new stabilizing system. It is sharper, faster, more accurate, has better contrast and you can feel the progress in almost every aspect of it.

Inside, there are 21 elements in 16 groups. The VRII system has four stops of improvement compared to three on the previous version. I don’t know how big of a deal it is, but I shoot at 1/25s at 200mm and it was crystal clear. I really don’t have steady hands so this makes a great difference. Like the other two lenses that make the trinity, it is fully compatible will all Nikon DSLRs and most film SLRs. On some of the older cameras, like the F4 you will lose the VR , although the same level of performance is expected. There is a slight distortion at the shorter end, but that is acceptable from most zoom lenses. After 135mm , things clear up. 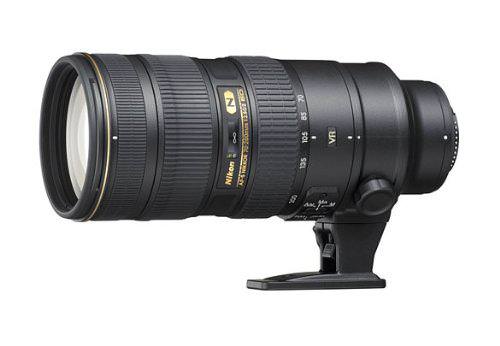 It is pretty massive at a weight of 1,5kgs. With each generation, Nikon increased size and weight, but I guess it’s a price to pay for this level of quality. It’s also not the cheapest hunk of gorgeous glass, so if you’re more of an amateur, you should consider the equally sharp, 70-200mm f4.

The built quality of all three lenses is amazing and there is a professional feeling of durability. They are the kit of a great deal of photographers and if your brand of choice is Nikon, this is the high end glass that will enable you to deliver professional quality results.