5 reasons why every photographer should own a 35mm lens 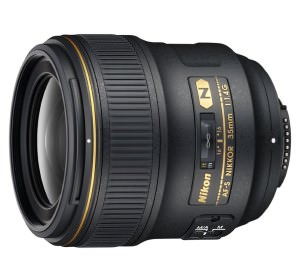 The 50mm lens has been the standard for many years, and because it is so cheap, most photographers have one. This time I would like to shine the light on another fixed focal lens: the 35mm. It is widely regarded as the best all round tool, and for what it’s worth, the perspective is close to that of the human eye. Here are 5 reasons why every photographer should consider owning this prime.

No one is saying the 50mm shouldn’t be the standard lens, but the 35 is a different kind of standard. It is wider, allowing more elements in a frame, but without having the drawbacks of normal wide angle lenses, like distortions in corners.

It still maintains the characteristics of a prime lens, mainly that of “real world zoom” where changing perspective is up to how close or how far you are. However, it can be a lot easier to shoot with this lens, rather than a 50mm, if you are in tight spaces or crowded areas. Basically, it’s great in all situations where if you want to get further ,you have to take a few steps back. It reduces that distance and makes it more convenient to photograph without attracting too much attention.

It’s actually nice to have everything in focus once in a while without using an ultra wide angle or a closed aperture. With a 50mm, you would have to close the aperture anywhere from f 2.8 to f8 so that you wouldn’t have the background entirely faded. With the 35mm, you can actually get a proper, even focus at f1.4, which also means quicker shutter speeds.

The legendary photographer Robert Capa once said :”If your pictures aren’t good enough, you’re not close enough”. Rest assured, shooting with a 35mm lens will get you close whether you like it or not. Because it is wider, a tighter crop will mean getting closer to your subject, and while it might be a little bit intimidating for you or the person you’re photographing, it will also force you to see the entire composition in a new way that would have been unavailable at a longer distance. A closer perspective will cause a well appreciated feeling for those viewing your photos, a feeling that they are actually there, where the action happens.

It’s ironic, I know. It is a great thing to have two lenses in one. By switching the camera to crop mode, you actually get an equivalent of 50mm, so if you are in need of tighter frames, you simply make this ordinary modification. If you had had a 50mm lens though, switching to crop mode would have meant a second focal length of around 75mm , which to be fair, is more of a niche focal rather than an all round one. So in my book, hats off to the 35!

Here are our choices for the best 35mm lenses: