Top 10 best cameras of all time

The photography industry is fascinating. You don’t even have to be a photographer to appreciate the beauty of some machines that are used by the right hands to create art. They are marvels of technology that have shaped the way photographers view and capture history, the way they bring to light revolutionary concepts, the way they capture the beauty of our planet and its life. All cameras work by the same basic principle, yet each is unique in its own, special way. They are the tools of our trade and we love them as if they were extensions of our eyes and vision. Here are the 10 best cameras ever built. 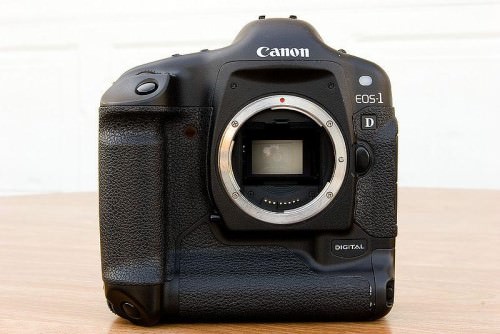 In 2001 Canon changed professional photography with this amazing camera co-designed with Kodak. The specifications were breathtaking for the time, and even by today’s standards, the features are some of the most high end. It had a whooping shutter speed of 1/16000s. 8 frames per second and a flash sync speed of 1/500. This meant that it was the best option for both high speed action photographers as well as studio shooters. It had a 4.1 mpx sensor that provided clean images at high ISO values, compared to the standards of those years. It was also the first DSLR capable of recording 9,999 photos in a single folder. For everything it brought in terms of technological performance, the 1D takes the 10th place in our top. 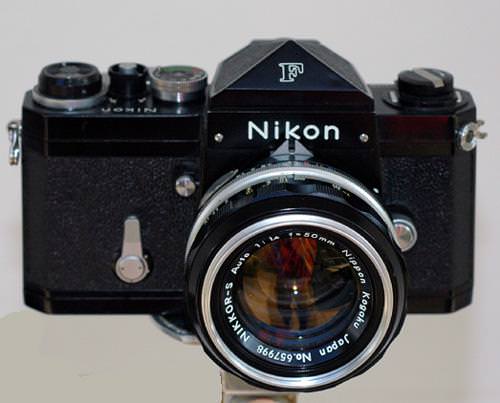 In 1959 Nikon made one of the most important steps in its history with the introduction of their first Single Lens Reflex camera, the Nikon F. When it came out, it was clear to everyone that this was the most advanced camera of the time. It bumped rangefinders into a second position as professional choices .It was a modular system camera, meaning that various pentaprisms, viewfinders and focusing screens could be attached. It was so well built and damage resistant that photographers used to call it “the hockey puck.” The F mount is still being used today on Nikon DSLRs. 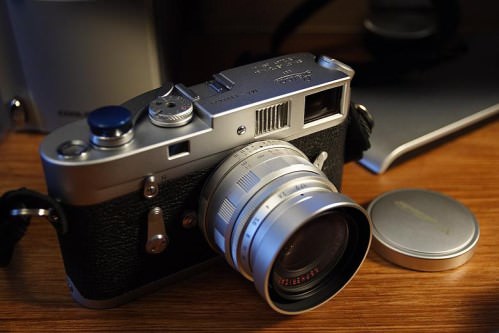 Number 8 on our list is the classic Leica M4 rangefinder. It was introduced in 1967 and it was a significant upgrade from the M2 and M3. The design featured angled film advance, a self timer, and frame selection levers. A crank for rewinding was also added to replace the telescopic knob of the M3. It was one of Leica’s most successful models and remained in production until 1971. 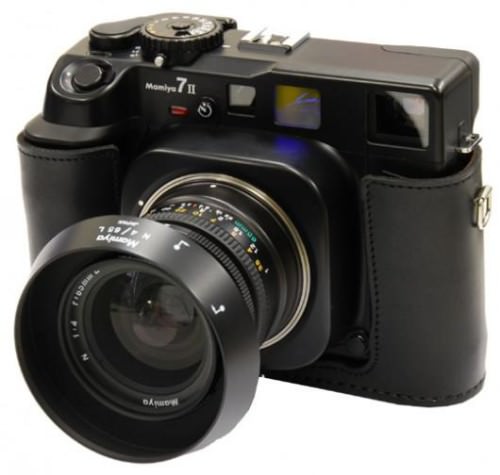 It was a brilliant 6x7cm rangefinder with interchangeable leaf shutter lenses. It had a lot of great features packed into a body no larger than a conventional 35mm SLR. There was a built in Aperture priority mode with full manual exposure capability and a panoramic adapter was also available for 24x65mm frames. It was very well suited for fast, low light photography and takes the 7th place on our list. 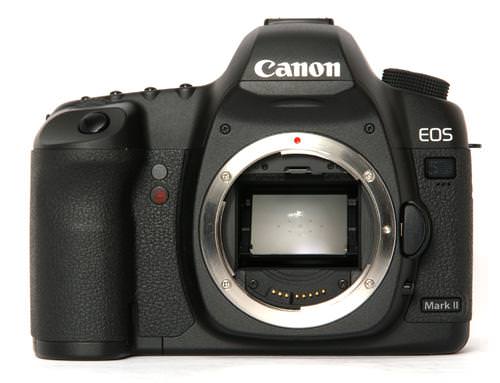 It is challenging to describe the influence brought by the MKII to digital photography. It is possibly the most loved Canon digital camera of all time and it was the first DSLR that truly gave birth to the convergence between photography and video. It is a landmark that is still in use by many photographers and Hollywood professionals, despite being replaced by the MK III. The 5DMK II is a testimony of Canon’s ability to excel in both photography and filmmaking. 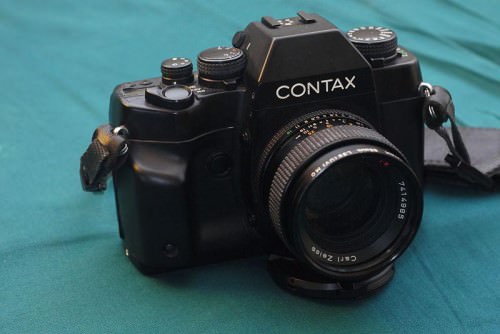 RTS stands for Real Time System. The camera was created by Porsche design and was the beginning of a new range of Contax SLRs that included 13 models. Because of its outstanding built quality and great operation, it rapidly became a favorite among professional photographers. Today, it has become a valued piece for camera collectors, as are many Contax cameras. 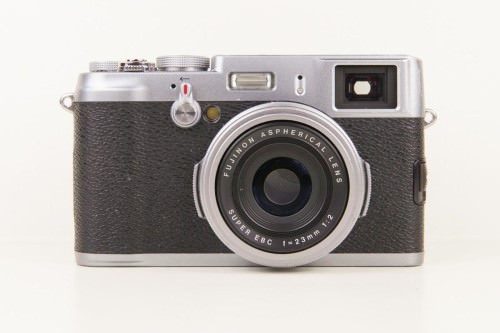 It was the most anticipated camera of 2011 and when it started shipping, it sold like canned food before an announced disaster. With this small, highly advanced compact camera, Fuji brought a refreshing new feel to a photography market that had reached maturity in the digital age. It has a superb 23mm lens (35mm full frame equivalent), an APS-C sensor and a retro designed, solid metal body. It is the walk around camera of countless photographers and for this it takes a well deserved 4th position. 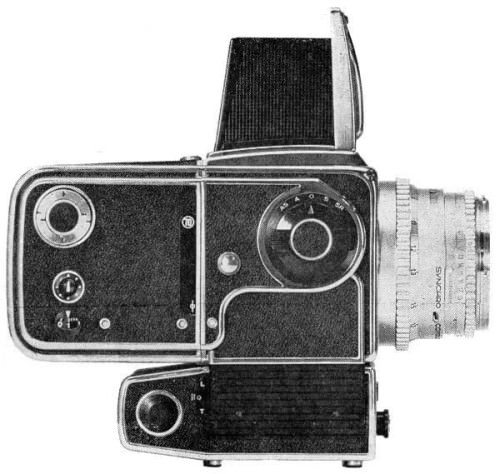 The 3rd position on our list is a Hasselblad , and for good reasons. This was one onf the most legendary medium format cameras of all time. It was introduced in 1957 and it featured advanced technologies for its time, things like electronic flash sync at all speeds and automatic aperture stop down. Because of the world class built quality, the impeccable optical design of Hasselblad lenses and the ease of use, it remained a favorite among high end fashion and portrait photographers for more than 40 years. 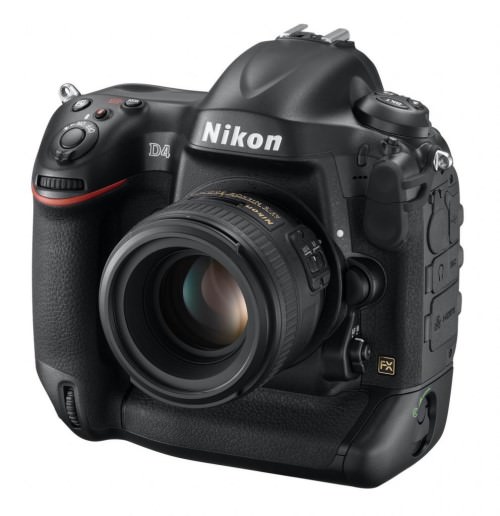 The flagship camera from Nikon is number two on our list because of its rock solid body, incredible speed and outstanding low light performance. It is the professional standard of today and although it will one day be replaced, it should continue to make and capture history for many years to come and provide the same, trademark quality. 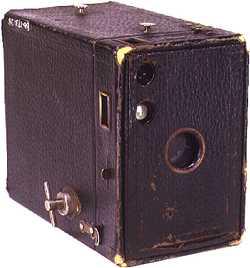 The number one camera on our list has the lowest technology behind it. In fact, it’s also the oldest. Without it, none of the cameras above, and many others for that matter, would have been possible. It is the equivalent of the Ford model T in photography. It was launched in 1900 and it brought photography to the masses with its low cost. It also gave us the concept of the snapshot. It was nothing but a cardboard box with a meniscus lens and it took 2¼-inch square pictures on 117 roll film. For that, and many other inventions, we thank Kodak and proudly call this the best camera ever!