Top 8 Basic Things You Should Understand About Photography 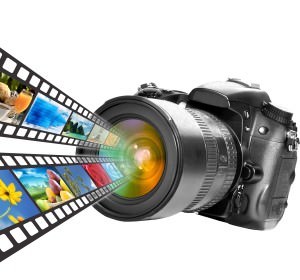 Getting your first camera is exciting, but before you go clicking away too much, it's important to learn the basics of photography. These things are not complicated to understand, however, they can take some time to master. But if you're serious about photography, then you should at least know these eight things.

Having a wider aperture opening, like f/2.8, moving closer to your subject, and using a longer focal length will all decrease your DOF. Accordingly, doing the opposite increases your DOF.

Shutter speed will also determine how much motion is in your scene. Using fast shutter speeds, like 1/500th of a second, freezes your subjects' motions. Using a slower shutter speed will allow their movement to be blurred. Using shutter speeds that are slower than 1/30th handheld can also result in visible camera shake. Although your photo may not be completely blurred, it may not be tack sharp either. Using a tripod or other solid surface to set your camera on will minimize this effect.

ISO stands for International Standards Organization and is a global standard for measuring the sensitivity of film and digital sensors. The lower the ISO, the lower the sensitivity to the film or sensor meaning the less amount of light it “absorbs.” Low ISO settings are typically used in the daytime while high ISOs are used at night.

The problem with high ISO settings is that they generate noise on digital sensors. More robust cameras will show less noise than cheaper and smaller cameras, but all cameras will generate some kind of noise at higher settings.

These modes affect the way your camera chooses how to expose a scene. There are three main types of metering modes: matrix, center-weighted, and spot. Matrix is the default on most cameras and will look at the entire scene when attempting to create a correct exposure. This mode works well for most scenes, but isn't great for high contrast situations like backlit subjects or sunsets. Center-weighted looks at the center of your scene and ignores the edges of your frame when metering. Spot mode looks at a very small spot to judge exposure. In spot mode you can choose where the spot is and often how big of an area the spot covers.

It doesn't really take much to explain how to focus a camera seeing as how most every camera has autofocus, but many do not know the different autofocus modes or how they work. There are three general modes: AF-A, AF-S, and AF-C. AF-A is the automatic mode. The camera attempts to judge the scene and pick the best way to focus. If it's a static scene, the camera will focus on one object. If there is movement, the camera will try to track that subject.

AF-C is for continuous focusing. This is used in situations where you are tracking moving subjects. When you press the shutter button halfway down, the camera will focus on a subject based on your focus points and will continue to adjust the focus as long as your subject keeps moving closer or further away, always keeping it in focus.

Picture Control (Nikon) or Picture Styles (Canon) are often not discussed as basic camera knowledge, however, they have a big effect on the look of your photos. Picture Control allows you to change the way photos are capture by your camera in terms of contrast, saturation, and sharpness. Typically cameras are on Neutral by default which, although they may not produce the best looking images out of camera, give you the most latitude for adjustments in post-processing. But if you want your photos to have a little more punch right from the start, you can change the Picture Control settings to give your photos a slightly more contrasty or saturated look.

Also See: 23 things you must know to be successful in photography