Protect Your Money! How to Spot the Signs of the Overpayment Scam and Avoid It 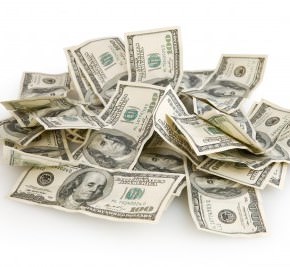 For the first time, I am stepping from behind the curtain as PhotographyTalk’s primary writer since its founding to share my recent experience as the target of an email scammer. As a semi-professional or professional photographer, selling your services and images via the Internet, you could also become a target. I want to use this opportunity to help protect your money by recognizing the signs of the overpayment scam and how to avoid it.

During early March 2013, I received an email from an individual who wanted to hire me to edit and proof a document he had written. One of the early clues that this was a scam (which I didn’t spot) was that he was adamant about paying me by check instead of electronically via Paypal. He claimed he had hired another writer who took his Paypal payment, but didn’t do the work to his satisfaction. It seemed like a legitimate concern and request at the time. I told him that I did all my banking electronically with an online bank and didn’t have an account at a local bank to cash his check. He said I could cash it at a cash-checking store and he would add the fee amount to the check.

He sent me the document for my review and we agreed on a modest $50 fee. He said he would send me a check for half of the amount, and the second half on completion of the work. A few days later, he emailed me stating that a third party social service agency in Africa with whom he was working would actually write the check, but it would be written on a major US bank. Since the document he wanted me to edit was about malaria in Third World countries, these arrangements seemed legitimate; however, this was another clue to the scam.

Then, within hours I received another email stating that the person writing the check at the social service agency had misunderstood the amount and had written it for more than the agreed-upon fee. Red flags were now starting for flap in the breeze! The next email stated that the check had been written for $2,900 instead of $25! No one makes that kind of mistake…and now the red flag was wrapping itself around my head. He asked me to cash the check and return the difference…$2,875…by Western Union. Yeh, right!

I immediately called my state’s consumer protection agency, which is often a part of the attorney general’s office. The person with whom I spoke suggested that I call the Federal Trade Commission (FTC). I am happy to report that our Federal government took my call without delay and the FTC’s representative was very helpful.

If I had cashed the check for $2,900, and returned $2,875 in cash via Western Union, then I would have been responsible for the check’s amount not the writer of the check, which, of course, was a fraud. Remember, any check you deposit or cash requires a number of days to be confirmed and collected by your bank. It is willing to deposit or cash any check because you have an account at the bank. If the check proves to be fraudulent, then your bank will expect you to make it good, not the writer of the check, which was fraudulent from the beginning of the scam.

By asking me to return the $2,875 difference immediately, the scammer would have had my money and my bank would have been asking me to put enough money in my account to cover it…but that would have only happened a few days later, after the scam had been successful.

I filed a complaint with the FTC, but as it representative stated, most of these scammers are never caught because they change locations, names, etc. and target someone new before law enforcement can track them. Nonetheless, if you’re ever a target of this or any email or Internet scam, then take the time to file a complaint. First, your taxes are paying for these services and, second, your complaint may just lead to a scammer being put in jail. Your best defense, as always, is to educate yourself and know the signs that you are a target of an email scam, so these people are never close to your money.

The takeaway here is that doing business via email and the Internet is definitely an advantage for a photographer…or a freelance writer. You must be cautious, however, and if something about the arrangements seems fishy, then you can bet it will become very stinky quickly.

Also see: 23 things you must know to be successful in photography