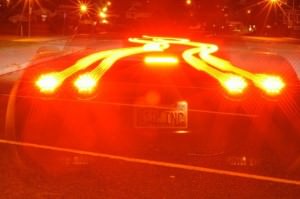 For the most part, we use our cameras to capture a scene the way it looks in real life. Sure we might add some more color and contrast, maybe even make the shot look a little more dramatic with a flash. But we usually want the scene to look realistic. However, cameras do not always capture what we see the same way that we see it. In fact, there are many ways that we can purposely make a photograph look surreal just by altering the camera's settings. One way we can do this is by changing the shutter speed.

This is something that we often want to avoid in photos because it usually looks messy and we lose detail in the subject or object being blurred. But motion blur can add a certain quality to a photograph when captured in a certain way. It can convey motion and life in a way that a static moment cannot. Think about a busy public place like Time Square. Which do you think would better convey the sense of busyness that takes place there? A still shot of everyone in the square, or a shot where figures leave blurred trails in the direction that they're walking. This technique is even used by professional photographers. Take, for instance, Art Wolfe's work. Many of his photographs of wild animals are captured with a carefully thought out slow shutter speed and movement tracking technique. 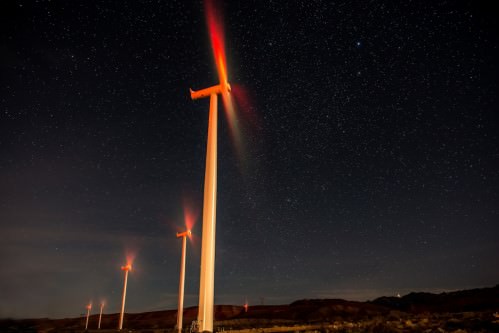 This is a similar technique to motion blur, but with a distinct and important difference. The use of flash when using a slow shutter speed enables you to essentially freeze a subject, but keep the blur of motion paths made during the exposure. For instance, if you photographed someone running with a flash and slow shutter, you could get a clean detailed shot of the runner where the flash fired, but the blur from his movement would still be visible behind him. This technique is a little more complicated and takes some practice to get down, but it can produce some amazing photos.

This is probably the most common technique used on this page. Long exposures are quite popular, and sometimes essential when taking photographs at night or in other dimly lit settings. The premise is quite simple. You just leave your shutter open for a long length of time to allow the camera to capture more light and properly expose the scene. In many situations, a wide aperture and high ISO will not be enough to expose a scene, so a long exposure is used out of necessity. But that doesn't mean there isn't a lot of creative input into a long exposure. Just like any other shot, you have to be aware of your location, composition, highlights, and shadows. If it's a really long exposure, you have to keep in mind any moving objects in your scene such as stars or cars, which will leave light streaks, and moving people, which may not even show up in the final image if you exposure is really long.

On the other side of thing, you can also freeze fast-moving objects. Sometimes these freeze frames can give you a unique perspective on an animal or person whose quick movements you may not be able to get a clear image of in reality. This is used in many situations such as physical sports, racing, wildlife, kids running around, etc. But thinking outside the box, you can position people in ways that make them look like they're defying gravity. Try telling a friend to jump in the air and then photograph them with a high shutter speed. Shooting with you subject in various positions, you can make it look like they're flying or floating or taking a nap in the air.