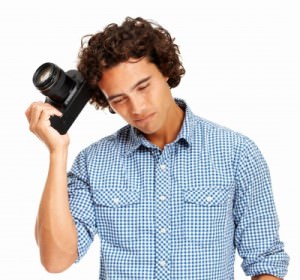 People are generally very scared of being criticized. Even when they ask for it, deep inside they’re waiting to hear the worst in a state of vulnerability. The truth is nobody really enjoys hearing their work is bad. Some admit to it, while others put on a mask of indifference and go a long way to make people believe they don’t care about those who disapprove of their work. As hurtful as it may be, especially for the more sensitive types, criticism has its benefits and that’s what I’d like to try and cover in this article.

I started photography when I was in high school. It was far from being as popular as it is today and people were still under the impression that you had to be some sort of technical master mind to pull off a good photo. At the time, I was mostly photographing my friends and family time and when I wasn’t doing that, I would sneak into abandoned buildings (yes, I was mad about those kinds of photos). I got pretty good, as much as any teenager with a 2 mpx point and shoot and minimal Photoshop skills could get. Of course, my image of my work was nothing short of fantastic. I was arrogant and I believed I knew it all and could photograph anything. I had my whole life in front of me and nobody could tell me I wasn’t a great photographer. All that changed the summer I graduated, when I went to a photo festival in France. On one of festival’s days, there was a portfolio review session scheduled and the photographers involved were one incredible portrait photographer, and the other a world renowned photojournalist. I put my name on the list and patiently waited for my turn to shine. Or so I believed. After a while of seeing people exit the room with their faces staring into the ground and even seeing a couple of girls come out crying, my enthusiasm lost a bit of intensity. My turn finally came up and I walked inside carrying my portfolio with a certain attitude of pride and rebellion, probably because I was 18 and didn’t use my brain very much for thinking. I’ll spare you the details, but let’s just say I spent the next two days trying to decide if I should make a website against those two or consider a career in sales. They had literally reduced me to nothing. Almost all my photographs had been worthless in their eyes and it took me quite a while before I finally admitted they were right.

The point to this personal short story is that when someone of greater experience criticizes your work, what you fear most might be true: they might be right. It is very hard to hear that your photos lack substance, are badly composed, have poor choice of subject or are just plain boring. Not knowing these facts however will always stop you from evolving. The logic behind it is simple, there’s no point in fixing anything as long as you know there’s nothing to be fixed. The question is what do you do after you come to realize that your work isn’t in fact all that great and you need to put in a lot more effort? Do you quit and tell yourself it’s not for you, or do you make a commitment to become better?

Know who to listen to

When it comes to being criticized, the most important aspect is who it’s coming from. The people in your family, your friends and almost who cares about you will probably never tell you if one of your photos is bad. That could be because they haven’t got the necessary experience or because they don’t want to hurt your feelings.

Criticism from fellow photographers however can be very difficult to process, but it’s crucial to know who to listen to. If it’s someone who you feel has less skill and experience then you do, you really shouldn’t give it much thought. People who criticize others who are better at something than they are do it out of frustration and in my opinion should not be taken seriously.

If however, the photographer who criticizes you is someone whose work you admire, it’s probably in your best interest to give him a chance and listen to what he has to say. Now, it is important to mention that, unfortunately, there are good photographers who criticize the work of the less experienced shooter only because it makes them feel better. It is a sad reality and it happens a lot more than it should. Try to avoid those people because even if they can provide an insight to what you are doing wrong technically, it still not worth exposing yourself to the negative energy.

If criticism from an experienced photographer is what you’re after, find someone who is known to have the patience to explain, in detail, the good and the bad in a portfolio. Those are the kind of encounters that will be landmarks in your career and you will remember them for the rest of your life.

Criticism from former clients is kind you should avoid most, although some would say there’s always a chance of having that one client who is impossible to please. Before a client starts throwing heavy words about your work, make sure you are on the same page as to what the agreed terms. You should be able to explain why you did things a certain way and if indeed it was something you could have done better, find out what you could do to make your client happier.

At the end of the day, besides being a tough pill to swallow, criticism is an important part of progress. Hearing a different perspective can help you see flaws in your work you might have missed. You also shouldn’t let your ego get the best of you. We all learn for as long as we live so I see no point in acting otherwise.

I’m not a big fan of online communities, although there are some who offer honest and correct advice. A one on one encounter will always be the winner in my book, and even if it hurts more to hear what you’re doing wrong, the motivation will also be more powerful.