To Catch a Thief! Or How a Photographer Created a Sting Operation to Recover His Stolen Camera 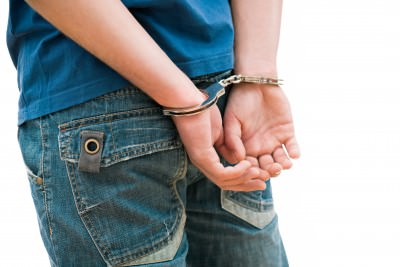 When someone stole John Hu’s camera during a party at his apartment, he didn’t whine and moan (well, maybe for a few minutes), but devised an elaborate sting operation to catch the thief and recover his camera. The story, originally on PetaPixel, reads like a dime store detective novel.

It was a typical Sunday morning after a lively party: bottles and partially filled cups with warm, stale beer on every tabletop; snack food crunched into the rug; and furniture out of place. As John Hu began to clean his apartment, he quickly realized that his DSLR camera couldn’t be found anywhere. Of course, John was a bit too trusting to leave it where it could be easily snatched; and although the party guests were close friends and acquaintances, he must have forgotten that one guest or another always brings someone to a party the host doesn’t know. John didn’t want to jump to conclusions or accuse anyone falsely, but he checked with those who had attended the party; however no one had seen his camera taken. He also filed a police report, but stolen property is seldom recovered, or the thief apprehended.

The story doesn’t state what prompted John to think of checking Craigslist two days later, but local police in many municipalities do the same to look for stolen property that thieves may then try to sell on the popular classified listing site. The thief may have been clever enough to take John’s camera during the party and leave with it undetected, but he was just plain dumb to list it for sale on Craigslist, where John found it as the first listing! The thief had also photographed the camera and uploaded the image to the ad, which allowed John to identify it easily…at least by sight.

John put his sting operation into effect by first creating a fake name and email address, which he used to contact the thief. John pretended to be an interested buyer, asking questions about the camera’s condition. The thief also made the mistake of using his real name and email address to communicate with John. This prompted him to search Facebook, where he found a matching profile with the suspect’s picture…and it looked liked someone he had seen at his party!

The next step in John’ sting was to arrange a meeting with the suspect at a local coffee shop with the purpose of looking at the camera before deciding to buy it. Again, the thief wasn’t very clever, agreeing to the meeting and giving John his actual phone number. Although John knew he could identify his camera by sight, he knew he needed verification that it was his. He didn’t have immediate access to the camera’s box, where he knew the serial number was listed, so he used the Website, Stolen Camera Finder, which was able to provide the camera’s serial number based on the photos John supplied.

Maybe, John had watched too many crime TV shows, but he persuaded two of his friends to help him. One was a “plant” in the coffee shop and the other waited at the end of the street, both serving as additional sets of eyes, or even prepared to stop the thief from escaping the sting operation. Much to his surprise, John found the local police department to be very helpful by assigning to undercover detectives to participate in the sting, ready to arrest the thief at the coffee shop.

The sting work so well that John didn’t even have to meet the suspect. He stayed in the car while the police confronted the suspect in the coffee shop, questioned him and searched his backpack, which contained John’s camera. The serial number and other documentation that John had confirmed that the camera was his…case closed!

This tale has two morals: First, never leave your camera or any valuables where they are easily seen and taken whenever you invite a number of people to your home, especially at a party where some of your “guests” may be strangers to you. Second, make sure you have adequate and the right kind of insurance because stories with a happy ending like John’s is the exception to the rule.