Is “Digital Photography” Truly to Blame for the Closing of More Than 2,000 Photo Studios in Wal-Mart and Sears Stores? 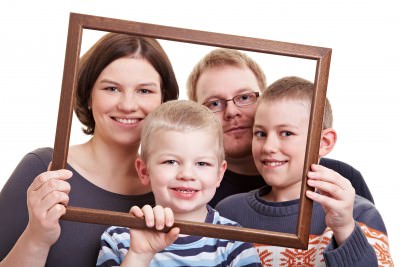 When CPI Corporation decided to close all of its more than 2,000 family portrait photo studios in Wal-Mart, Sears, Toys R Us and other locations April 3, 2013, it cited “the popularity of digital photography” as the reason. One news story reported that the company “has been hit hard by…disruptive technology.” A claim was even made that digital photography made it easier for families to shoot their own portraits instead of hiring a professional.

During the morning of April 4th, thousands of people found themselves unemployed and trying to manage current customer orders. Messages were placed on the Websites of Sears Portrait Studios, Kiddie Kandids Portrait Studio (Toys R Us) and PictureMe Portrait Studios (Wal-Mart) informing customers that they had until April 18 to order prints or albums from recent photography sessions. Of course, Wal-Mart, Sears, Toys R Us and the other major retailers with CPI-operated studios will bear some of the brunt of the studios’ sudden closings. Disgruntled customers will likely enter the store, find the studio closed and turn their displeasure on store employees and management.

Blaming its demise on the digital photography rings a bit hollow, considering CPI Corporation had been in business for 60 years. Then again, Kodak was the number one brand in photography across the globe for decades and it was unable or unwilling to see the handwriting on the wall. It’s not like the popularity of digital cameras suddenly occurred. Hundreds of millions have been sold during the last 5 to 10 years. There is plenty of research available predicting the future growth of digital camera sales. The global camera and lens market was worth approximately $30 billion during 2008, and will increase to just short of $50 billion by 2016. Those same research sources also show that the photo print segment of the industry has been losing value during the past several years, with just $24.7 billion estimated for 2016.

Based on additional research, it appears CPI Corporation was one of many companies that had experienced considerable success for decades prior to the evolution from an analog to a digital world. Like many of these companies, it refused to believe that its world was changing so radically and quickly. CPI had had a very profitable relationship with major retailers, such as Sears and Wal-Mart, and no doubt boardroom meetings were filled with optimism that those relationships would last “forever.”

The evidence does seem to suggest that more people are shooting their own family portraits, BUT this trend has actually benefited the industry and hasn’t caused any appreciable damage to traditional portrait photographers. From 2001 to 2011, the percentage of American homes with digital cameras increased from 10% to 66%. This has led partially to a growth in the number of amateur-for-hire photographers, many of them women, who work part-time, especially during the weekend. From the manufacturers’ perspective, this is good news because more amateurs-for-hire mean more purchases of equipment as well as software and other ancillary products. Additional profits are also being pumped into the industry with the growing popularity of personalized photo products, such as albums, photo books, cards, posters, etc.

Data does show that the number of traditional portrait studios has grown very slowly or not at all; however, there has been no dramatic decrease either. In fact, the school-portrait segment of the industry continues to grow, maintaining its position as the largest portrait segment.uHuH

It’s clear that consumers still value the skills and experience of the full-time professional portrait photographer, but the message of the CPI closings is equally clear to any portrait photographer. You simply can’t lag behind technology and think you’ll be able to operate your business as you always have. Ultimately, this is why CPI and Kodak are out of business…but it needn’t happen to you.