In depth Composition: The Golden Ratio vs. The Rule of thirds 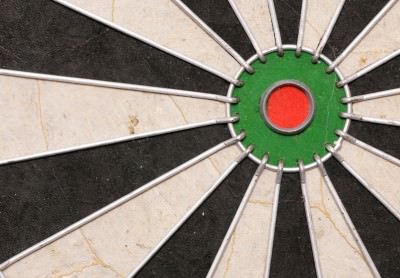 Many people say composition is the most important thing in photography. While I don’t necessarily agree (because light is the no.1 thing for me), I do believe that a photograph can’t be good unless the composition is proper. Framing an image might seem easy at first glance to the untrained eye, after all, all you have to do is move a rectangle around, right? There is certainly more to it than that. Composition is essentially the arrangement of certain elements in a visual field in order to produce a harmonic relationship between them. Having good composition skills comes with practice and some understanding of geometry (not too much, don’t worry). The most commonly known composition rules are the rule of thirds and the golden ratio. I’ll explain both of them so that you can understand how they work, and which is better in a certain situation.

It is essentially a mathematical discovery often - and incorrectly - credited to Leonardo Fibonacci*, sometime around 1200 AD. According to him, it has existed in nature all along. It is also known as the “divine proportion” and it has been used throughout history in just about any domain. It is a mathematical constant equal to 1.618. It is based on the division of one sole unit in such a way that the ratio of the larger part to the smaller part is equal to the ratio of the sum of larger and the smaller part compared to the larger part. So why is it any good? Well, the most basic answer is that nature seems to be largely based on this principle. In the human body, the length of the legs, waist to foot, is at golden ratio (so don’t let anyone tell you don’t have it in you). If that doesn’t impress you, your DNA’s spiral diameter pitch division is proportionate in the golden ratio. This rule is constantly being applied in many fields that have nothing to do with photography. Global brands use it constantly in their strategies and the fact is Fibonacci did us a great favor by discovering it.

There are a number of derivations of this ratio, in the form of golden spirals, triangles and other geometrical shapes. In photography, these principles can be applied in many situations, and the early masters, such as Cartier Bresson understood this. It’s probably one reason why their work has remained timeless and continues to be a reference for all of us. 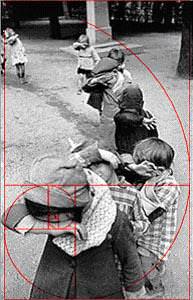 The rule of thirds

It’s the most common rule in photography. I think it’s due probably to the fact that it’s easy to understand by anyone. Some say it is an expanded form of the Golden ratio. It is basically a method of imagining a frame divided into nine equal parts by two equally spaced vertical lines and two equally spaced horizontal lines. It is used by aligning the subject with the guide lines and the intersection points and allowing the linear features to flow from one section to another. 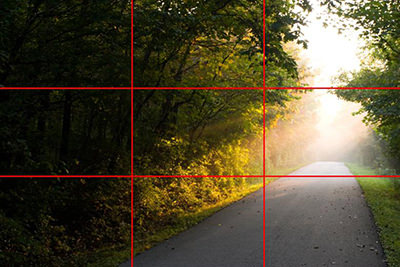 So which is best?

There isn’t a straight, simple answer, however the golden ratio seems to be best used in portraits and photographs with people, as their face is usually placed in the golden spiral.

Landscape photography however prefers the rule of thirds. The intersections are usually placed over the important elements of the image. Also, it’s best to usually divide land, water and sky into three, equal parts.

Keep in mind, you should know these rules and for that you need to practice. However, you should also be able to break them, because there will come a time when that will be necessary. Be sure to know what you’re doing and not go all rebellious in your compositions without a particular reason.