The Advantages and Disadvantages of RAW 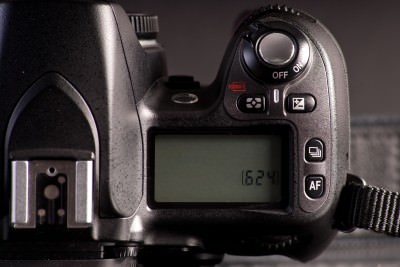 RAW is not an acronym, but rather a simple term to describe a photographic format of uncompressed data, which is essentially raw data. For the longest time, it was commonplace to only shoot in JPG format. Among other reasons, JPG was and is used because it compresses the image and makes it into a much smaller and more manageable file size. However, there are several advantages to RAW.

The biggest reason photographers shoot in RAW is because it gives them more control in the digital darkroom. Since RAW does not compromise the image by throwing away excess data, you have more information to work with, which means a much greater latitude for making changes while editing, especially when it comes to white balance and exposure. If you capture the wrong white balance in a JPG image, it is very difficult to correct any color cast in post-processing. With a RAW image, however, you don't have to worry about this. You can simply move the WB slider or use an eyedropper tool to choose a reference point in the image and get a correct WB.

The same goes for exposure. Where you may have blown out detail in a JPG image, you may be able to recover these details with a RAW file. This can help for keeping shadows from being pure black too. Basically, if you want to do a lot of editing to your image, or if you have a scene with a high dynamic range or unpredictable white balance, then you should consider shooting RAW. These files can even help when it comes to preventing banding while adding contrast to scenes with smooth gradients. There's just a lot more information to work with, and photographers like this flexibility when editing.

So you may be wondering why you should shoot JPG if RAW has so many advantages. Well, RAW is not without its drawbacks, the biggest (literally) being file size. RAW images can be anywhere from 2-6 times larger than JPGs. So where you may have a 6MB JPG image, this would be around 25MB in RAW format. This takes up a lot of space very quickly. So consider the size of your memory cards and computer's hard drive before you start shooting away in RAW. Along with the increase in file size, there's a decrease in speed. RAW images will take longer to read and write on your memory card. You may have a 10fps burst on your camera in JPG format, but not in RAW.

Another disadvantage is the look of the image out-of-camera. JPGs are colorful, contrasty, and punchy because they are processed in the camera. They are also sharper and less noisy. RAW images will often look soft, flat, noisy (depending on your ISO setting), and somewhat lifeless. But if you're shooting RAW, it's because you want to do all the processing in post. So, if you just want to capture photos of your friends or vacation or in any situation where you don't want to go through and edit every single photo, it's best to shoot in JPG.

Lastly, RAW formats are not as widely accepted in software programs as JPGs are. Just about every piece of imaging software will read JPGs as they are a universal standard. However, RAW files are not, and they will take a special piece of software to read them. Many of the major imaging editing programs such as Lightroom, Aperture, and Photoshop will read these formats. So if you have one of these, there's no need to worry. But don't be surprised when your 3-year-old software program won't read your new camera's RAW files.