Is HDR Good or Bad? 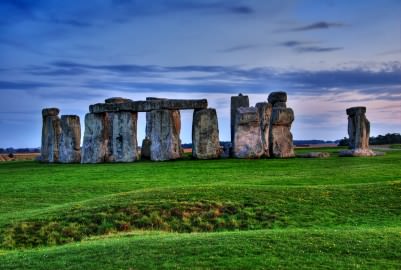 HDR or High-Dynamic Range imaging, is a hotly debated topic in the photography world. There are those that claim that it creates an image that's more realistic to what the human eye sees. Then there are those who say it is overbearing and adds an unnatural look of digital manipulation that ruins the organic look of the original. If you're unsure which side of the fence you land on, stroll through a Flickr gallery of HDR images and you'll know pretty fast whether you love it or hate it.

How did it start?

HDR started as a way to gain more control over the dynamic range of a scene. When you watch a sunrise, you can see the whole scene as perfectly exposed. The sky looks bright and colorful, and the foreground, though it may be in shadow, is perfectly visible. This is because our eyes have a high dynamic range and can adjust quickly to changes in light. A camera does not have the dynamic range of a human eye. So when it captures a sunrise, either the sky is blown out or the foreground is covered in black shadows, or both! Past (and current) solutions to these contrasty scenes included using a graduated ND filter to block some of the light on the top half of the frame, bringing the brightness of the sky down to a more workable level and dodging and burning the captured image in post-processing. However, there is only so much wiggle room with these solutions, hence HDR was invented.

HDR works by using multiple photos shot at different exposure settings and blending them together into one final exposure. Typically, an HDR photo will begin with three bracketed exposures: One that properly exposes the shadows, one for the mid-tones, and one for the highlights. Then, using a special algorithm, your camera or software program will blend the three photos together so that it looks like a single exposure. Taking multiple photos gives you a lot more useful information to work with rather than stretching the limits of a single exposure.

Why is this bad?

The problem with HDR (in the opinion of many photographers) is that it is over done. When an HDR image is “properly” created, it is often hard to tell that it has been manipulated. It simply looks realistic, as if you were seeing it with your own eyes. However, when an image is “over-processed” with HDR, it has a cartoony look to it. It's very obvious at first glance, and it has its own unique aesthetic which you'll either love or hate. While most digital manipulation is used to make a scene look either more realistic or more like the photographer sees it, extreme HDR is not realistic nor how anyone naturally views a scene. Therefore it starts to blur the lines between photography and digital art.

Another reason so many photographers are bothered by it is that the average non-photographer finds extreme HDR to look pleasing. This annoys many photographers because they see others selling these extreme HDR photos when, in their mind, it is simply ruining the original image. Though they want to stay true to their own style of photography, they can't deny the popularity HDR images.

So it's your opinion whether HDR is good or bad. The same argument could apply to the look of film vs. digital. Neither is really better than the other. They each have their own unique qualities. Some prefer one over the other in every situation while some swap back and forth depending on what they're shooting. So, in the end, it's simply a matter of personal preference.