11 Reasons why you DON'T need a new camera! 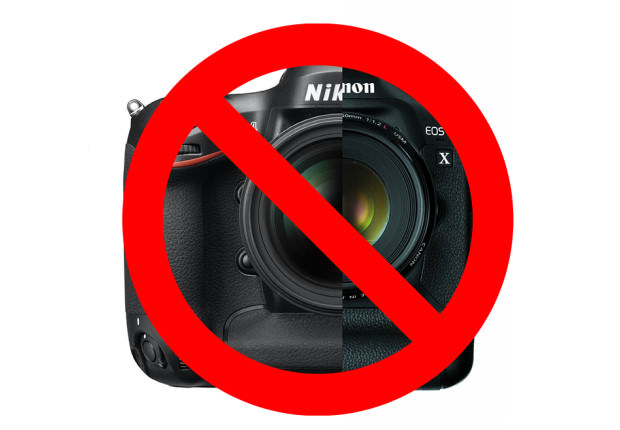 WARNING! The following article may contain truthful facts that might seem offensive to some readers, especially to the ones with one or more full closets of gear.

Let’s put the cards on the table. We live in a society that will do anything in its power to encourage consumerism, to make you buy the latest, the shiniest, the most “powerful” of everything, and it will also make you feel that if you don’t own the latest and best stuff, you’re no good, you’re obsolete and you should be neglected or looked down upon. The photography market is no different.

So, you get a lot of photographers, amateurs mostly, but a few pros too, who spend considerable amounts of money every two or three years, maybe even at shorter intervals, to buy the latest camera body. I’m not sure what is the fundamental belief behind these purchases or what drives people to fearfully make sure they don’t use old gear, but I thought I’d address the issue and make a short list, of why you don’t need a new camera.

1. The technology might be more advanced than you are

Today’s cameras, regardless of class, are amazing machines. In fact, they are often more advanced than the people who use them. Too many beginning photographers buy new cameras without having mastered the old one instead.

2. It doesn’t include imagination in the package

And that’s what many photographers are looking for, more or less consciously. Don’t look for it in a new camera, because no matter how great hose guys have made the electronics and optics, they’re still galaxies away from positively influencing the way you think and feel a photograph.

3. You probably need the money for something else

By that I mean something really important, something you can’t live with, like a club membership, the haircuts for an entire year, new car fresheners, etc. Seriously, I’m sure you can think of something that has higher priority.

Since every new camera, especially DSLRs comes with an increase in resolution, the files get bigger. So if a RAW file was 25MB four years ago, an uncompressed file from D800E is over 100MB. That means…you guessed it, further investments in storage.

Very often photographers read countless reviews about a certain camera and form an opinion before actually using in in the field. The thing about the reviews is that the cameras are tested in ideal conditions most of the times. The light is ok, the scenes are not radically different from one another, and you have one guy’s word that it does well in the field. I’m not saying that if a test says a camera is awesome, in real life it\s not. It just might feel different than you expect. This is especially true when you make a brand change, like so many did from Canon to Nikon and vice versa.

6. It’s no different from a pen

It is merely an instrument. Just like writers would use a pen back in the day to write a book, after it was finished no one would ask them “what kind of pen did you use to write this marvelous book”? Where I’m trying to get is that the final outcome rarely depends on megapixels, the material from which the camera is made, the number of frames per second and so on. It’s all about what you, the person using it can do.

Even if you buy a new camera, you’ll probably want to keep the old one as backup. That means extra weight, and extra weight is always so fun for photographers…not. If you go traveling and decide to take a hike, you probably won’t want to carry your entire camera bag and that will cause the further stress of deciding what gear to take on the hike.

Why? Just as I mentioned before, the more gear you have, the more stressed you will be and the less you will concentrate on actual photography. In case you didn’t now, actual photography is not what camera to use and at what settings. It’s everything else, the stuff no camera can do for you. If you stick to the least amount of gear that will allow you to do the job right, you should still have a clear mind to get things done. In time, this will also sharpen your mind and expand your vision.

9. The joy of saving

I know this sounds like a cliché from a cheap management book, but it’s kind of true. After the first few times of resisting when you want to buy something you don’t actually need, saving money will become just as fun as earning it. I’m not saying you should turn cheap and greedy, but saving does have its benefits.

10. Investments in lenses are wiser

Cameras lose value in a very short period of time compared to quality lenses. Besides, the quality of a photograph is mostly dictated by the optics. You’re much better of investing in some good glass than in a shiny new camera. Your photos will look better, with the same camera, and the resell value of a lens will be a lot higher than that of an old camera.

11. Investments in lighting are wiser too

If you’re looking for better photographs and you think the solution is a new camera, you might be wrong. Just like good glass means better quality, good lighting means good photos. Sure, the newer cameras have better ISO performance, but why would you want to limit yourself to available light instead of making your own light? No matter how good your camera is, if you don’t know how to make the best out of a certain light or how to create the light you need, you won’t stand a chance of becoming a good photographer.