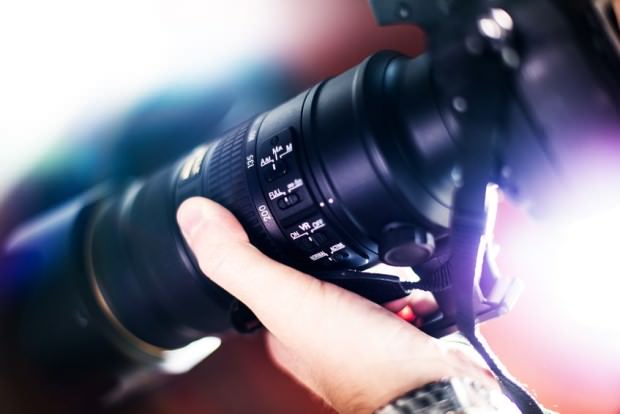 1. Faster Shutter Speeds Will Give You Sharper Images

This is not necessarily true. Faster shutter speeds will generally give you sharper results if you or your subject is moving. If your subject is running or if you are shakily hand-holding the camera, a fast shutter speed will freeze the action and make your shakiness negligible. However, fast shutter speeds do not equal sharp images. If you were to take a photo of a stationary object while your camera was also set on something stationary, it wouldn't matter if your shutter speed was 1/500th of a second or 30 seconds. If neither your subject nor your camera moves, the sharpness would be the same. This is assuming that all other settings are the same. If you change your aperture or ISO settings, then there will be a difference in sharpness.

This one is a bit confusing to most. More pixels means that your image has more resolution and can capture more detail. However, it is not a direct determinant of image sharpness. If you took the same photograph with a 6 MP camera and a 30 MP camera, the latter would appear to be much sharper because it has more detail. If you printed both photos as a large print, the 30 MP would look much sharper because it's naturally a much larger image size than the 6 MP. But the sharpness of these pixels is not determined by how many there are.

3. Mirror Lock-Up Prevents All Vibrations From The Camera

Unfortunately, this is not true. Mirror lock-up moves the mirror inside the camera well before the shutter is released so that any vibrations from the mirror slapping the camera is gone when the photo is captured. However, this does not prevent vibrations from the shutter movement. These vibrations are typically very small, and you probably won't ever notice them unless you're trying for a very long exposure and pixel peeping at the maximum. This is not to say that you shouldn't use mirror lock-up. Mirror slap can be a problem in long exposures and this mode can keep your images from being blurry.

4. The Wider The Aperture, The Sharper The Image

This is partially true. Small aperture settings, such as f/11, f/16, f/22, etc., can cause diffraction and create softer images. The narrower your aperture is, the more diffraction is noticeable. Thus, for the sharpest images, it's best to keep your aperture at f/8 or wider. On the other hand, opening your aperture to its maximum setting can also result in a slightly softer image. This is heavily dependent on the lens you're shooting with. Most lens's “sweet spot”, where the sharpness is optimal, is a stop or two down from its maximum. Though, there are high quality lenses out there that aim to make their maximum aperture setting their sharpest.

5. Image Stabilization Should Always Be On For Sharp Results

In general, if you are moving a lot, image stabilization will give you sharper results. The problem that occurs with IS is when the camera is not moving. Image Stabilization works by compensating for camera shake. When you move, parts inside your camera also move in the opposite direction to help balance out the movement. If you're not moving, however, the camera is confused. As it attempts to detect motion, it may mistakenly create a shift to compensate for a movement that's not actually present. If a photo is taken at this exact moment, it will be slightly blurred. The same thing can occur while panning your camera, thus prompting many camera and lens makers to include a second type of IS created especially for panning. Basically, if you have a high shutter speed or you're in a situation where you're not worried about camera shake, leave your image stabilization off.