The 5 composition rules you can never forget

We’ve done articles on composition before, and I think that in most photographers ‘minds, when they hear the term composition, the rule of thirds instantly pops up and that about sums it up. But the fact is composition is so much more than that. It often makes the difference between a good photographer and a beginner. It’s also something that cameras can’t do for you. Not yet anyway, although there is noticeable progress in that area.

Here is a list of the 5 most important things to remember about composition. These rules apply to photography in general and are not meant for only particular kinds of photography. Composition in photography also has a lot in common with painting and motion pictures, however it does have some particular traits suited for the medium.

The human eye has a natural tendency to look for order and symmetry. This is where frames come in and they can be either man made or natural.

Think about tree lines with an opening in them or rock formations with a hole in them. As far as manmade frames go, think about doorways and arches. The idea behind using frames in a composition is that they contain the subject and help make it more interesting.

Few things are more frustrating than a photograph that could have been amazing, except for a chopped arm or leg. Watch where you crop the frame. If you absolutely have to leave out certain body parts or if you want to do so intentionally, crop them out as close to the joints as possible. Otherwise, avoid amputating as it will just make your photos look irritating.

Don’t crowd the frame with useless elements just for the sake of having them there. Less is more in composition too. I’m not saying you should turn into a misunderstood, German minimalist, but don’t crowd the frame unnecessarily .The more elements that are not related to the subject, the more distraction there will be and that will cause your photos to lose power. 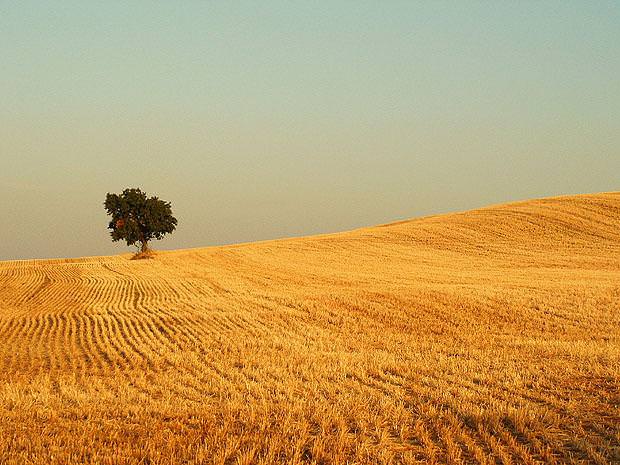 Ok, maybe it’s not as important as the actual subject, but the wrong background can have a lot of influence on an image, the kind you don’t want. Think about chimneys and electricity poles coming out of someone’s head. It’s also important to figure out the correct distance to place your subject from the background. You don’t want it to be too close as it will cause a distraction, but it shouldn’t be totally separated either, especially if you have an environmental portrait in mind.

Sometimes you see photos where everything seems like it was drawn rather than captured. Those are the photos that followed shapes, patterns and lines that lead to focal points. As I mentioned above, the human eye likes symmetry and sense of direction, so finding and properly using lines in a frame will give your photographs appeal and strength.

Composition is a rational part of the creative process. You can’t take your time to frame in every situation and sometimes you have to move fast to capture and interesting subject. Practicing these rules will give you the ability to choose the best composition in any situation in the least amount of time. Also, rules are made to be broken, but do so only after you have mastered them.