This in probably not the first article announcing the dawn of the end for the DSLR that you’ve stumbled upon. The prospect of extinction for the DSLR might not seem very realistic now, but that again a lot of things aren’t in the beginning. What causes these signals is not something as obvious as a decrease in DSLR sales. On the contrary. DSLR cameras have never done better on the market. Virtually everybody around you has one or knows someone who does. Your family, your friends, your clients…all more than happy and proud to flash their brand new digital single lens reflex with the plastic kit lens. 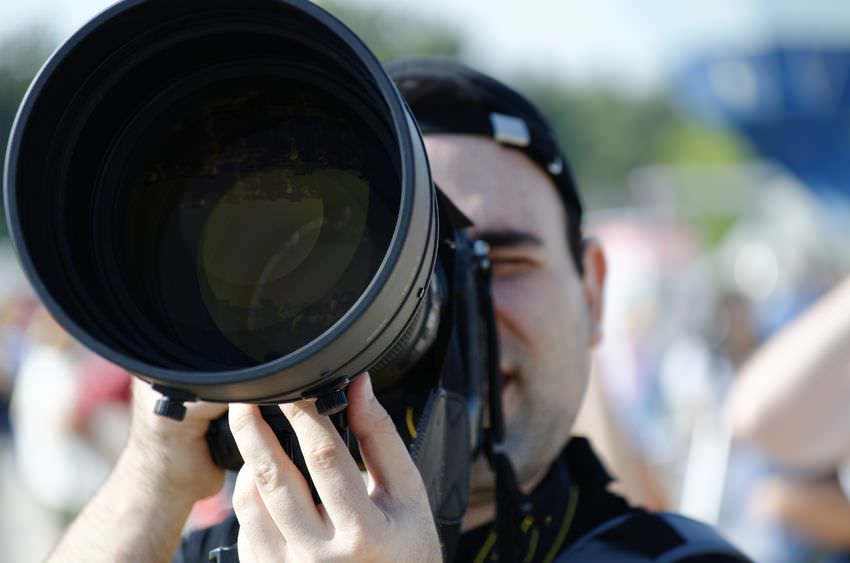 So it’s not about the decrease in sales. It’s about how the small guys are catching up. I’m talking about mirrorless cameras, smart phones, and at the other extremes, medium format and even 4k video capture.

What some of the latest non DSLR cameras are showing is no short of astonishing. Fuji, Olympus or Sony are all taking incredible steps in putting amazing technologies into their mirrorless cameras and by doing so, it seems like they are starting a historical transition in how we use the tools of our trade, at least at this point anyway. Some renowned figures in photography are praising these changes. Zack Arias is one of them and although he might be slightly exaggerating his description of life without a DSLR, in a few years from now I doubt there will be many points against his sayings.

But on a logical level, how would it be if the DSLR were to go extinct? The way things are going, this ancient technology seems to be one of the few things that have survived all the revolutions in photography. The principle of single lens reflex is almost one hundred years old and I’m not saying it’s a bad thing that it stuck around for so long, but most of the major drawbacks like weight and size have not been removed.  If the DSLR age would end and I know most of you will say that will never become reality, we would first of all lose strength in our biceps muscles. Lugging around gigantic pieces of glass and metal is something that some might treasure, but I’m going to bet my money that it’s not a world favorite thing.

The loss of size and weight goes a longer way than it did with, let’s say, mobile phones. Building smaller cameras and lenses has its advantages, some of which, like speed of operation, are pretty important. Having a camera no larger than a cigarette holder with 135 focus points is something that ten years ago would have been considered the idiotic imagination of a cheap science-fiction writer. Well, it’s as real as it gets and it’s just one example.

Then, it’s that thing that gets more and more annoying, that everyone on the planet owns or is about to own a DSLR. The compact camera market is virtually dying and most large retailers make great income from selling entry level DSLRs to suburban families who want quality for weekend pictures and believe that the larger the camera , the better job it will do. Which is not untrue, but it’s also not fair to dismiss everything else.

As a pro, showing up to a work, in front of a client, with something different, a mirrorless camera is something that turns heads as fast as a sports car. The entire world of professional photography, from The US and Europe to the developing countries knows about and uses Canon and Nikon. They have the same debates over and over again, some of them with the client.  Maybe it’s just me, but isn’t it wrong to have an almost same level conversation with the client that is paying you? Shouldn’t you be the pro with the specialized tools that only you know how to use, in that equation?  Affordable DSLR photography has killed that.  But when you bring something new to the table, it does something interesting. It gets people talking, it gets them talking to you and it makes them curious about how you work and why you do it that way.  Arias may be one on a list of pioneers who dare to be different, but the numbers are rapidly growing.

Yes, at this point there are branches in photography where a DSLR seems irreplaceable. Sports photography is one of them, but allow me to have my doubts that the D4 with a 400mm f2.8 is a type of combo that will never go away.

It’s not just about the mirrorless camera.  Smartphones cameras are already as good as the low-medium level family compacts and there is no reason to believe that image quality will not be at DSLR level someday, probably not too long from now. Having the same image quality in both a larger package and a smaller one will call for a decision, and somehow I don’t see a bright future for the bulky cameras that break our backs and are as common as uniforms.