Being technical vs. being creative

There are two types of good photographers in my book: the technical and the creative.  I know the first thing you are going to say is that a good photographer needs to be both. But before you go on about that, hear me out for a second.

Let’s start by defining what a good photograph is. Most would say it has to be technically flawless to begin with. Nothing less than that is acceptable in the general perspective. Next, the subject has to be interesting. If it’s something dull, common or perhaps maybe even grotesque, the chances for positive feedback are greatly reduced. Therefore, you have to have a good subject that is correctly photographed.

Then come along the attributes of a photograph that are less easy to describe in words and certainly harder to achieve in real life. Things like visual appeal, a connection with the viewer and a certain amount of authenticity. These are the things that come from creativity, and if there’s one thing notable thing about creativity, is that you’re either born with it or not.

I’m not going to linger on what makes a good photograph because there are no general rules and at the end of the day it all comes down to what makes each and one of us tick.  So that brings us to what I want to discuss in the present article. No, it’s not about some imaginary competition between the technical, less creative photographers, and the artsy ones that have no idea what lenses to buy. It is fair though to acknowledge that both types exist, and even if a clear separation is not possible (let’s be thankful for that), each one of us is closer to one of these extremes, even if it is by a hypothetical difference of one percent. 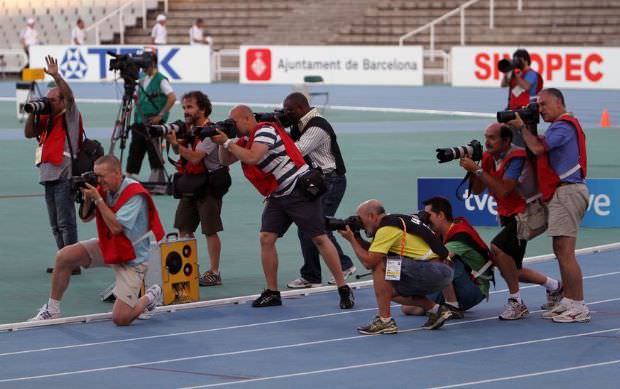 Ideally, a good photographer should master all technical aspects of his craft, starting with everything that has numbers on it, all the way to composition and color use. Then, he would have to be as close to original as possible (although the issue of originality in photography is a fairly sensitive one) and he would have to give his photographs everything they need in order to withstand the test of time and have strength. Achieving this balance is not an easy task, and if you are closer to one extreme, it’s not always easy to find your way toward the other. It may also be a disproportionate effort. For example, you might be an art student with amazing concepts, brilliant ideas and the general picture drawn inside your head, but you might not know the first thing about exposure, or photographing with studio lights. Your effort would have to be concentrated into learning all the technical and then practicing it until you get to a level that allows you to technically make your concepts come to life. If on the other hand, you are a technical mastermind, one who has a clear understanding of everything from optics to how the pixels are arranged on your camera’s sensor, but your pictures are very close to average at best, you efforts will be of a different nature. They might require further education into the field of arts, history of photography and even cinematography. These are of course just simple examples, not rules by any means. I think all photographers know, at some point or another, where they stand according to these two extremes. The necessary steps for finding that balance that defines a good photographer are also not a secret. In short, that’s why you don’t see many sports photographers shooting weddings or fashion, or many commercial photographers shooting wildlife.

Both creativity and technical knowhow are crucial in photography. You can’t have one without the other although some have more of one and less of the other. Few, very few have both in almost equal amounts, but certainly with a great amount of effort and personal sacrifice. There is no battle between the two. There will always be the technicians who know everything about how a camera works or how a lens is made, but who rarely produce images with a wow factor. There will always be the bohemians, the ones with amazing ideas and emotional depth, but who have absolutely no idea about the difference between sRGB and Adobe RGB or how to mount a filter. In between is where most of them, most of us, want to be. The only question remaining is that of the effort each is willing to make. It’s also important to be aware of what you are best suited for, and this involves personal talks that I’m not going to address now. There is no right and wrong, and each of these two extremes is important. Not equally though. If you would have only one option, your best bet would be creativity. It’s the one thing you can’t do good photography without, and it’s also the one thing no amount of time or effort will give you. However, that should be no excuse for lacking the proper technical skills to get the job done by yourself, be it personal work or commissioned.