9 mistakes made by pros that you should avoid

Mistakes are a natural part of every life. Their presence transcends things like experience, talent and high skill levels. To put it differently, they happen to everybody, from the happy family dad who just bought a camera to take cool vacation photos, to the pro with a lifetime of experience and international notoriety. In past articles, we’ve focused on beginner mistakes you should avoid, but this time I want to shine a light on errors that even the seasoned pros make. What you draw from this article is no business of mine, but the obvious recommendation I can make is that you learn from them before you make them. 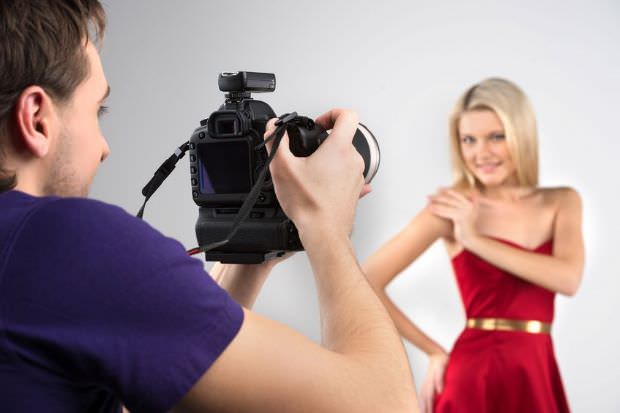 After you do the same thing for years and years, it becomes second nature and you obviously do it faster and faster. So it’s no surprise when you see a pro photographer at an event, or in a studio moving his hands like those cameras are red hot. Speed can be good. It’s certainly impressive. But it can also be bad for the quality of your work. Rushing things is rarely a good idea in a creative process, even if the creation itself lasts for 1/250th of a second. When you hurry, it’s easy to make composition errors, to forget you have to change the ISO when you step outside from a building and the list could go on. Take your time. There’s no point in rushing because chances are you’re going to screw things up.

I see this mistake being made by both enthusiasts and pros. They somehow believe that by posting hundreds of photos from the same shoot or event, it will make them look better and bring them more clients. It’s also hard to talk them out of it. Here is why it’s actually counterproductive. Nobody has the time, nor the patience to go through every single one of those tens or hundreds of frames. They are also not equal in terms of quality. Not every time you press the shutter release a gem comes out. And even if you have a few “gems”, all you’re doing is making them look bad by posting all the other, average stuff in the same collection.

This is a very easy to make mistake, especially with the speed of a pro DSLR. Sometimes you might just want to take a couple of photos of a subject but you end up firing away two dozen. Besides the useless damage done to the camera, you are only giving yourself a lot more work with editing and post processing. Sure, sometimes you need to fire 30 frames to get that one, good shot, but those are the exceptional situations, not the rule.

Ok, maybe it’s not one of the most common pro mistakes but there still are a lot of photographers, mainly those who are used to working exclusively with natural light, who make this mistake. The shutter speed has absolutely nothing to do with flash exposure. If you want to fine tune your strobe light, use the aperture or the flash’s power level adjustments.

I was surprised to look through a few online portfolios, of some highly respected photographers, and realize that the photos were actually kind of small. What’s the good of having awesome work to show if you’re going to show it at 640px width? As with most visual things, the bigger the better. If you want to impress a client, let him enjoy your work properly, at a decent size.

The truth is, no matter how careful you are when changing lenses, dust will still get onto your sensor. Now, if you’re the natural-light-only kind of photographer, that means that you only shoot wide open, f2.8 or brighter. In that case, even if you have a massive amount of dust on your sensor, chances are it won’t show up on your photos But if you are a photographer who uses artificial lighting and closes the aperture way down to f8 or f11, you’d better clean that sensor, because anything under f5.6 will show up.

This is one of the most painful mistakes a photographer can make, yet so many do it out of lack of time or focus. Backing up your work should be an unwritten rule, it should become second nature. Even if it’s not commissioned work (when it is, it’s tragic), you should still make sure you have everything copied on at least two hard drives, preferably kept separate from each other. The sad part is many photographers only feel the importance of this act when they have lost everything. I’ve met pro shooters who have lost an entire year’s work because, according to them, they could simply not find the time to back up.

According to some this isn’t a mistake. But it soon starts to look like one when you insert a memory card into the camera, one that has been formatted on a computer, and an error pops up just when you’re in the middle of photographing something. Each camera has its own formatting algorithm, and it should make sense that if you’re going to use a memory card with a certain camera, you should format it inside the camera. It’s both quicker and safer.

This is the ironic one. Long time pros who have found a recipe that works stick to it, try nothing else, even if it is no longer compatible with market demands. There is nothing wrong with sticking to what works. What’s wrong is not trying anything else. Sure, the market is a lot more volatile than it used to be, the risks are higher and failure is always around the corner. But that again, if you don’t take any chances, you shouldn’t expect anything else other than average, day to day success.