Famous Photographers Who Broke the Rules 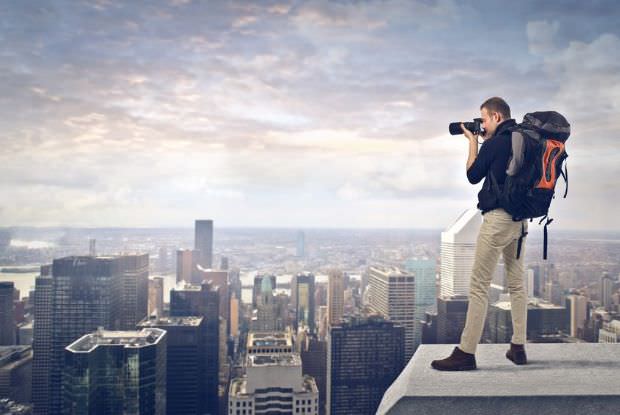 There are many basic rules in photography. Rules concerning composition, lighting, perspective, exposure, focus, etc. These are put in place to help us create more interesting and compelling images. But these rules are not set in stone, and, if broken with a reason and the right amount of creativity, they can produce some amazing results. In fact some of the most well-known photographers in history have broken the rules. Here are some famous photographers who didn't go by the book:

Rule Broken: Don't Limit Yourself to One Lens

Cartier-Bresson was famous for being an early adopter of the 35mm camera and primarily using a Leica with only one 50mm lens. He didn't shoot wide. He didn't shoot telephoto. He stuck with just his 50mm lens and made some incredible photographs with it. Toady we can't help but want to buy a dozen different lenses. But Cartier-Bresson just goes to show that you don't have to have a wide range of focal lengths to create an amazing image.

Although Adams was a genius when it came to exposure, he also edited his photos heavily and repeatedly. Of course, Adams didn't have access to Photoshop, but he did use many of the burning and dodging techniques that we use today. Adams' famous photograph, Moonrise, Hernandex, Mexico was edited multiple times, and if you look up the image, you will find several different versions of the same photo. This is not to say that it was Adams' use of post-processing alone that made his images amazing. He knew how to properly expose a scene using the Zone System that he created, but he was able to enhance his good photos by using these techniques. The same rule applies today: Photoshop can make a good photo look better, but cannot make a bad photo look good.

Jarvis is a little more contemporary than the other photographer listed here, but he has made a name for himself in the world of photography. In 2009, Jarvis released a book titled, The Best Camera Is The One That's With You. The book was comprised of only photos taken from Jarvis's iPhone and was created to show that you don't need a bunch of expensive camera gear to create beautiful photography.

Rule Broken: Always Make Sure Your Photos Are Sharp

Wolfe is most famous for his wildlife and nature photography. One of his more unique techniques is to capture motion blur in his subjects. Typically, you don't want any kind of blurriness in your photos. Blur is often bad. Most photographer want their photos to be as sharp as possible. But Wolfe has implemented the motion blur in a very creative way that gives life to the photos he takes. The blur is somewhat selective, and instead of looking like a poorly taken photo, he creates a beautiful flowing image that makes the animals in the scene look alive.