Microsoft Surface Pro 2: A Viable Laptop Alternative for Photographers…and it’s a Tablet, Too 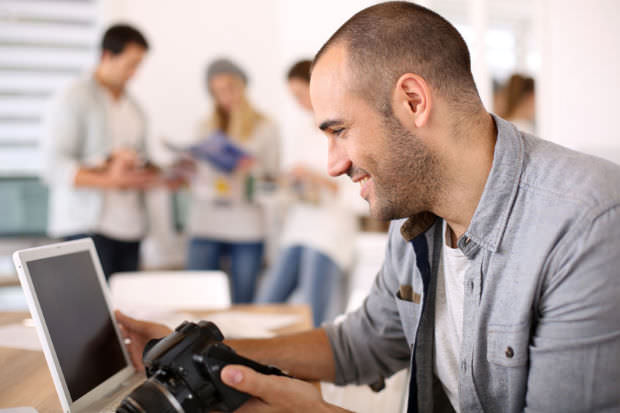 Until recently, the computer choices for photographers have either been a full-powered desktop in the office or studio and/or a conventional laptop for travel and on-location assignments. Now, Microsoft has added a new twist, with the Surface Pro 2. From a photographer’s perspective, it has the potential to replace the laptop for any number of the reasons explored in this article, but it can also serve as a tablet, providing a convenience advantage for both photographic and personal use.

Microsoft has apparently tried very hard to slip the Surface Pro 2 into a niche that didn’t exist before tablet technology was introduced and refined. The original Surface Pro entered this new territory with less understanding of what the market might accept while the new Surface Pro 2 seems to exude more certainty, especially since it is a clear improvement over the original.

To make any kind of meaningful comparison, the Surface Pro 2’s competition is more likely the 11-inch laptop. A 13-inch obviously has a larger display, but also weighs more. If you’re tired of the bulk of a 13-inch laptop and how heavy it feels in your lap or your camera bag or luggage, then don’t just jump to the conclusion that an 11-inch model is your best choice without a serious investigation of the Surface Pro 2.

Some 11-inch laptops are lighter than the 2-pound Surface Pro 2, but that’s not always an advantage if you need a durable device that can withstand the rigors of travel or use in various environments. You’ll appreciate that extra half-pound or so of the Surface Pro 2 when you notice its quality craftsmanship.

One of the best improvements Microsoft made in the Surface Pro 2 is to give it two kickstand angles. The 24-degree is the typical angle for use on a desk. Whether you’re waiting in an airport or deep in the great outdoors, the new 40-degree angle allows the Surface Pro 2 to sit as comfortably in your lap as a laptop.

The Surface Pro 2 has two keyboard options, the Touch Cover 2 and Type Cover 2, which are purchased separately. Now, some may say that any 11-inch laptop comes with a keyboard, but the benefit of the Surface Pro 2 configuration is that the keyboard and display separate, creating a tablet, which you can’t do with a laptop. The Touch Cover 2, as it name implies, works like a smartphone display with touch control. The Type Cover 2 has a standard keyboard feel, since you depress the keys to type. 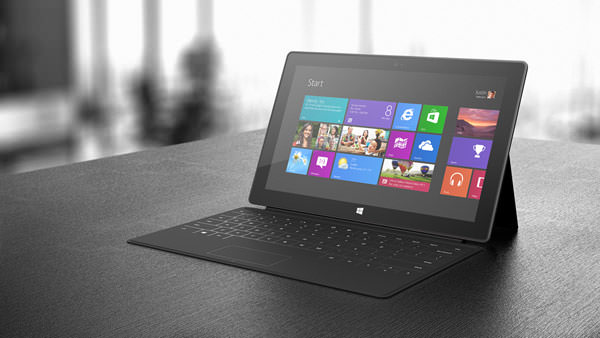 At 10.81 x 6.81 x 0.53 inches, the 1,920 x 1,080 display on the Surface Pro 2 is essentially the same as you’d find on 11-inch laptops. Microsoft was smart enough to retain its ClearType sub-pixel rendering technology from the Surface Pro. Jagged edges essentially disappear and most third parties describe the display as brilliant and colorful, and with good contrast. Of particular important for the photographer is that the display has plenty of bright backlight to use outdoors. Microsoft has also improved the stylus, or pen, that’s included with the Surface Pro 2. It’s a Wacom digitizer and many reviewers have found it to be sturdy and precise, especially when working in Photoshop and Lightroom.

Microsoft released the Surface Pro 2 at the same time as Windows 8.1, so choosing the Surface Pro 2 over a laptop also gives you all the new Windows features…and there are many. You’ll find new UI features and built-in apps as well as more flexibility when configuring multiple windows on the display. You’re not limited to an 80/20 split for windowpanes, for example. Although the Surface Pro 2’s front- and rear-facing cameras, at 720p, are not a substitute for the camera in your bag, the Photos app in Windows 8.1 is much improved. It may be all you need for quick, trial edits in the field instead of opening Photoshop and Lightroom, which work just as well as on the Surface Pro 2 as any 11-inch laptop. Essentially, whatever you can do on a Windows-based desktop or laptop, you can do on a Surface Pro 2.

When you dive into the guts of the Surface Pro 2, you discover that its Haswell Core i5-4200U processor and Intel HD 4400 graphics card outperform a number of 11-inch laptops, with graphics as the true difference. Upgrade from the standard 4GB of RAM to 8GB and the Surface Pro 2 quickly moves ahead of the competition, especially for gaming (after a long day on location) and video editing.

A comparison of battery life is a bit of mixed bag. A third party test achieved 8 hours of continuous Web surfing while another registered 6 hours and 27 minutes of uninterrupted video playback. These numbers won’t beat some Ultrabooks, but exceed the battery life of some 11-inch laptops.

The lightweight convenience of the Surface Pro 2 is also an advantage over a heavier laptop if you want to tether your camera to the Microsoft device via the USB port and Lightroom. The Surface Pro 2 becomes a highly effective preview screen or you can download images quickly.

Microsoft also understood how important it is to accessorize the Surface Pro 2 for professional use. A number of these accessories will be available during early 2014, and many should prove helpful to photographers. Actually, you can purchase a wireless adapter for either of the keyboards today, giving either the Touch Cover or Type Cover Bluetooth connectivity. The new docking station should prove to be a worthy addition, as it augments the Surface Pro 2’s USB 3.0 port, headphone/microphone combo jack, Mini DisplayPort and microSFXC card slot with three additional USB ports, an Ethernet jack, another Mini DisplayPort and an audio in/out socket. The optional Power Cover also serves as a 35-watt-hour battery pack, adding 2.5 times more battery life.

With so many 11-inch and 13-inch laptops in the market, this article can’t adequately compare them all to Microsoft’s Surface Pro 2. That will have to be your homework assignment once you decide which of the many laptops you might consider. It’s safe to say, however, that it may be tough to beat any of the Surface Pro 2’s four configurations: 64GB SDD / 4GB RAM, 128GB SSD / 4GB RAM, 256GB SSD / 8GB RAM and 512GB SSD / 8GB RAM.

Has the laptop reached the end of its useful life, especially for photographers? The answer is a cautious yes. The Surface Pro 2 is certainly the best of the new hybrid laptop/tablet; and we can only expect Microsoft to improve on the concept. At some point, the laptop, as we know it, will have trouble competing with the convenience of carrying a tablet that has essentially the same or better processor, graphics, software, etc. As with all technology, there is always something anticipated to offer more just over the horizon, but the Surface Pro 2 is your first and best opportunity today to take that new path and make your photography experience that much more enjoyable and productive.