Four Types of Lens Distortion That You Should Know About 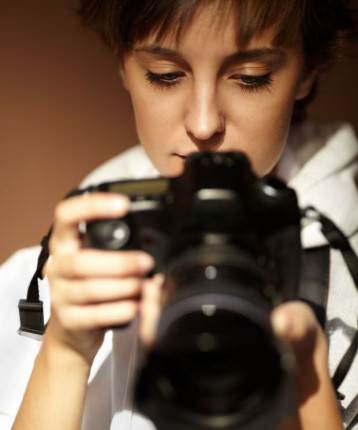 When trying to create a perfect image, it's good to know about the various types of distortion that you may encounter. Some are flaws in optics which can be avoided by buying higher quality equipment, while other are simply the result of physics and must be learned to be dealt with accordingly.

These two forms of distortion occur in most lenses, especially (and usually more noticeably) in cheaper ones, but can be easily fixed with post-processing software or even some in-camera options. Barrel and pincushion distortions occur when the image is not completely flat. Because of the shape of the glass elements, lenses sometimes create an image with a slight convex (barrel) or concave (pincushion) appearance. These distortions are typically very subtle and can most easily be noticed when shooting something with several straight lines that run parallel with the edges of the frame. For instance, if you took a straight shot of a brick wall, you might see the distortion if you look very closely. If the lines in the wall bend outward towards the edges, then you have barrel distortion. Lines bending inward indicate pincushion distortion. Again, niether will be very noticeable except in some wide angle lenses, and of course fisheye lenses which distort the image on purpose.

Diffraction is a commonly encountered and unfixable, yet easily avoidable, form of distortion that affects the sharpness of your image. It is not a result of a lens flaw, but rather a result of the physics of light. Images will become slightly softer when you use a smaller aperture. Diffraction typically starts to be noticeable past f/8. An untrained eye may not be able to see the effects of diffraction, but comparing two images where one is shot wide open and the other closed down, you may be able to see the difference in sharpness. You can avoid noticeable diffraction by simply keeping your aperture at f/8 or wider. Of course, there will be circumstances when you need to stop down further, in which case diffraction can't really be avoided or fixed, though sharpening may help the image look a little better.

Compression refers to the space distortion that is created when using lenses with different focal lengths. When you use a wide angle lens, the space in your image is exaggerated. Distances between objects appear to be farther than they really are. The opposite effect happens when using a telephoto lens. The space is compressed and an object that's several feet behind a subject may appear to be right behind them. This is inherit in the optics and cannot be avoided or changed, but this isn't a bad thing. Because of this distortion, different focal lengths are used to achieve different effects in photography.

Aberrations are unwanted flaws in glass optics that can affect your image quality. There are several different types of aberration, with the most common being chromatic aberration. Chromatic aberration occurs when the lens fails to focus all the colors of the spectrum to the same point. A fringing effect occurs which makes the edges of objects in your image appear blurry. Special lens coatings are used to help cut down on certain aberrations. Cheap lenses will typically not have these coatings so be sure to look at image tests if you're worried about the effects that aberrations could have on your images.