How to Work a Scene 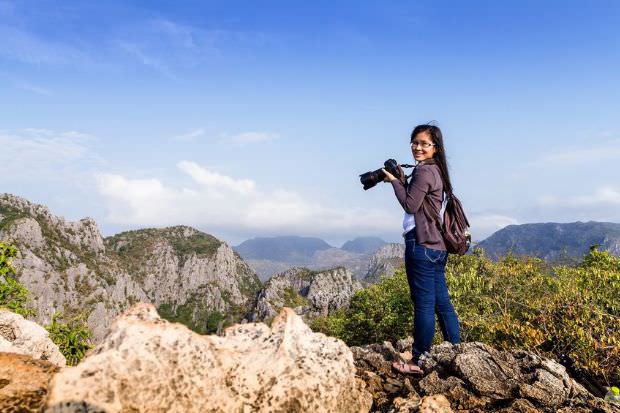 You've hear the phrase before, “work the scene!”. It's typically used when somebody is trying a multitude of techniques to get the best photo possible. But how exactly do you work a scene? Where do you start? What do you try? Well, in short, trying everything and anything that comes to mind will get you somewhere. But if you're stuck on what kinds of things you should try, make a checklist including the following:

All too often a simple change in composition can increase the aesthetics of an image. One of the first rules of composition is to avoid putting your subject in the dead center of the frame. Now, there are times when centering your subject works, but for the most part, an off-center subject can give your photo a more dynamic feel. The Rule of Thirds is a good place to start, but don't limit yourself to this “rule”. Try thinking outside the box with your composition. Maybe exclude a portion of your main subject from the photo. Maybe try filling a third of the frame with a close out-of-focus object so that it looks like your peeking around someone or something at your subject. Don't forget that you can switch between landscape and portrait. Though landscape seems to be the dominant format (because of the way tvs and computer screens are built) don't underestimate the power of the portrait format.

Another simple adjustment you can alter is your distance. If you're photographing a sports player or wild animal, it's usually best to get in close to see as much detail as you can. Then again, perhaps there is something more going on in a scene. Are you shooting a portrait of a proud lioness? Or a scene of a proud lioness watching her clubs play in the distance. Atmosphere can add a whole other element to your image. How different would the Empire State Building look from standing below it as compared to a block away? What about 20 blocks away? Sometimes you'll want to focus closely on a single subject and other times you'll want to see how a subject compares to his/her/its surroundings.

This goes along in the same vein as changing your distance. Removing elements typically means moving in closer, but now always. Sometimes it's a change in angle or height. The goal here is to minimalize the scene and have your image focus on one particular subject or maybe even a couple subjects. This may involve moving closer or further, recomposing, changing your aperture to create a blurred background, or even moving objects in your scene. When a photo doesn't come together properly, sometimes you have to physically move things around in the scene to get them to work. You might even remove elements with a change in shutter speed. Race car photographers often use a slower shutter speed and pan with their subject so that the car is tack sharp, but the road and background are slightly blurred causing the car to pop.

On the other hand, you may want to add elements to your scene to give it depth or perspective. Say, for instance, you take a photo of a giant waterfall, but the photo fails to represent its grandness. Try having a friend stand near the waterfall to give the viewer a sense of scale in the photo. In fact, adding a person or people to many scenes will often help improve the interestingness of the photo. Just be careful as adding too many elements to a scene may become distracting.

This is perhaps the hardest way to work a scene because 1) you have no control over how or when a scene will change over time and 2) you don't always have the luxury of time. But waiting for a scene to change can often be the best way to capture it at its best. Lighting changes dramatically over time which, alone, can drastically change your image. Weather can change a scene by giving you soft overcast lighting and saturated colors with rain, or it can hide elements after a big snow, giving you a minimalistic scene. People can change a scene too. Seeing Times Square with 1,000 people walking around is very different from seeing Times Square with nobody.