Working as a Photographer’s Assistant

For many professional photographers, working as a photographer's assistant is the vital first step in their career. Personally speaking, I began assisting within a month of leaving college, and over the course of three years worked for nearly 30 different photographers on shoots ranging from massive scale film sets, to penthouse apartments, to swimwear fashion shoots on beaches in Brazil, to rooftops in Soho, and pretty much everything in between. Film was still king in those days, and I worked with almost every camera going, including lots of large format work, and almost every type of lighting in common use, as well as several that were not so common! 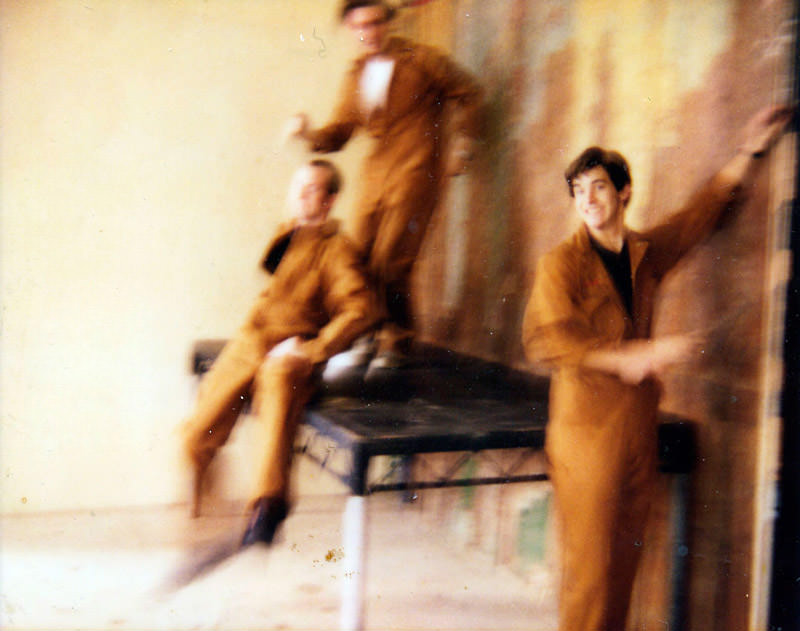 The author in his assisting days, looking very keen and sensibly dressed for the task at hand.

Working as an assistant is useful for several reasons. Firstly, as you've probably guessed from that intro, it will give you an incredible hands-on education that expands what you learn at a college or university. When you consider you're working alongside some of the best photographers in the industry on a daily basis and are responsible for helping them to create their work, it's pretty obvious you're gaining knowledge that many people would pay for.

Secondly, whilst working as an assistant you'll be given unprecedented insight into how the photography industry works. You'll learn how photographers get work; how they liaise with clients; what the other personnel on shoots are responsible for; how locations are sourced and used; how images get manipulated, edited and used in print; and how much work goes into simply getting a few images into print. Assisting means you get to play with lots of cool kit. Usually it's camera gear, but sometimes it's an Agusta 109!

Lastly, assisting is vital as a way in to the industry itself. By being around people who commission work, there's a far greater chance you'll get commissioned work yourself. If you ask most of the top professionals working in advertising or editorial today where they got their first break, they're almost certain to say that it was off the back of assisting in some way or other.

The job of an assistant is a huge and varied one but can be summed up in one sentence: Your job is to do anything and everything to enable the photographer to concentrate on taking the picture. This can encompass very technical skills, such as building and lighting a whole set to within 1/10th stop accuracy (I'm not kidding — I used to work for a guy who demanded this. I could have killed him many, many times…) or far more mundane tasks such as rigging an ashtray to the tripod so the photographer has somewhere to rest their cigar. Working for photographers can sometimes lead to tension on a shoot. Relieve this stress by bashing their head in with a large medium-format camera on a cold beach in winter.

Here's a brief list of some of the many jobs I did as an assistant:

So as you can see, it's not your normal 9 to 5 job description! You can do some strange jobs as an assistant, in this case being a human golf tee. No one was harmed in the making of this photograph, although the art director's handicap suffered as a result.

As generally as I can, here are some dos and don'ts that will ensure you get booked on a regular basis: If no one remembers to bring any gaffer tape, you may find yourself being used as human tape.

The informality of the photographic industry means that very few assistant positions are ever advertised openly, and the ones that are tend to be massively over-subscribed. It's much more likely that you'll have to find work yourself. The best starting point is to start at the top with the photographers you'd most like to work with, and then work your way down the list.

Your first port of call, I'd suggest, should be an email rather than a phone call, as they can be dealt with at the photographer's convenience. Keep your email succinct and to the point, and make sure you address it to the photographer themselves. (Don't write "dear photographer." I've had this one too many times!) Include relevant information that will make you look useful: your technical skills, equipment you're familiar with, photographers you've worked with, and other qualifications such as a first aid certificate or other practical abilities.

The best way to get work, of course, is by personal recommendation. To ensure you get this, follow all the advice above on dos and don'ts, and generally behave professionally at all times. It's very common when one of us can't get hold of one of our regular assistants to simply ask a colleague who they'd recommend, so it'll help if you're at the forefront of someone's mind. Being active on Twitter and LinkedIn can help, as can being involved with other assistants via industry gatherings, talks and social events.

Working as a photographer's assistant is not a shortcut to riches, and it undoubtedly will involve some very long hours as well as a lot of hard work. However, it will expand your technical education, and it's one of the best ways possible to get into the industry. Very few of the biggest names in photography would be where they are today if they hadn't worked as an assistant first. As an assistant, you'll do a lot of standing in for models or celebrities. In this instance I'm about to be replaced by a bikini-clad model, which improved the photo by precisely 700%.

Article and photos by Tom Miles