The 13 strangest and most innovative cameras and accessories of 2013 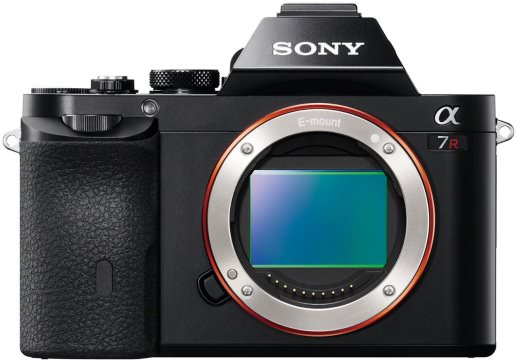 Photography, at its roots, has always been about writing with light and recording what we see. But that hasn't stopped technology from continually evolving the way we take pictures. Cameras are shrinking in size. Completely new accessories are under development. From the oddballs to the truly useful, here are 13 innovative photography products, in no particular order, that were either dreamt up, introduced, or made available in the last year.

Photography literally means writing with light, but that hasn't prevented an entirely separate technique known as light painting. PixelStick takes light painting to a new level by displaying parts of an image, one line at a time so photographers can “paint” one image into another. PixelStick can be used to add realistic images and moving animations, but it can also be used for more abstract designs as well. The product began on KickStarter, where those who pledged a certain amount would be among the first ones to receive the product. PixelStick is expected to ship in January.

I have to hand it to Sony this year for introducing several one-of-a-kind cameras. The QX10 and QX100 are digital cameras without an LCD screen or operating system—they work instead through a smartphone, taking selfies to a whole new level. With one QX camera dedicated to zoom and another to a large sensor, both cameras have been reported to be selling quite well. The cameras aren't without their faults though, like a long shutter lag since everything is connected via wi-fi. Regardless, the QX10 and QX100 are still a rather innovative response to the rise in smartphone photography.

Sony isn't leaving serious photographers behind, however, introducing the first full frame mirrorless cameras in 2013. Both cameras have pretty solid image quality with an amazingly compact size. Beware, however, that like most mirrorless models, the one area that lacks is battery life and don't quite have the same focusing capabilities as a DSLR.  With that in mind, the a7 and a7R are what we are calling as the most innovating camera of 2013!

Ariel photography isn't new, but recent advances have made it more accessible to the masses, like the 2012 introduction of Phantom, an ariel photography drone that's available for under $700. The Panono takes the accessibility one step further—it's a ball built with a few cameras inside that will snap a 360 degree view in 108 megapixels, making ariel photography much simpler than manning an unmanned helicopter.

Ever wish you could take pictures with your DSLR with just one hand, like you can with a point-and-shoot? One Hand Snap (OH Snap) is a ring that can control the shutter from the lens barrel (where you can also adjust zoom and focus). It's not available yet, and initially designed for those with only one upper limb, but has garnered quite a bit of interest from the photography community.

Canon has long been known as the camera giant with the best video quality; their 2013 models now also feature dual pixel autofocus, which gives a DSLR an autofocus that's as smooth as a camcorder. The technology also allows for more accurate live view on the LCD screen. How does it work? Simply put, the pixels perform both the light capture and the phase detection autofocus at once.

2013 also brought the introduction of the first interchangeable lens camera that's waterproof and shockproof, the Nikon 1 AW1. Pentax had introduced weather-sealed cameras that can withstand some rain and snow a few years back, but the AW1 can head underwater up to 49 feet without additional housing. But that's not all the AW1 is capable of, it also has speedy 15 fps burst shooting.

In the past, photographers had to choose between a camera with an anti-aliasing filter for reduced moire or one without for enhanced resolution. The Pentax K-3 features the first selectable anti-aliasing filter, so the photographer can choose based on what she is shooting. The K-3 has received many positive reviews so far and looks to be an excellent APS-C sensor DSLR.

Since the introduction of mirrorless cameras, size has been a hot topic in the world of interchangeable lens shooters. The Panasonic GM-1 is the smallest to date, yet still sports a Four Thirds sensor. With a smaller body than even the compact Sony RX100, the GM-1 really is a tiny shooter.

Students at Ohio State University have introduced a compelling idea to the world of photography—a liquid lens. With a wide perspective like a bug's eye, but with the adjustable focus of a human eye, experts say the new technology could be applied anywhere from medical imaging to smartphone cameras. The lens can do what wide-angle lenses today can't, take a wide perspective combined with a strong depth of field.

The Lytro camera amazed many with the ability to refocus after the picture was taken, but didn't offer a whole lot in terms of image quality. KaleidoCamera is an insert that goes in between the lens and sensor of a DSLR and records data separately into different scenes. After the image is taken, the different scenes can be used to refocus the image, isolate different spectrum or adjust polarization without a filter.

Since, well, cameras were first invented, they've been something you do with your hands. An update to Google Glass, however, takes photography out of your hands—all you have to do is wink. Now I foresee a whole lot of problems with this idea (not to mention it's rather creepy not knowing if someone is taking your picture), but I have to admit it is rather innovative.

I know what you are thinking. A film camera? Did she run out of ideas for this list? Film isn't exactly innovative, but the way that Fujifilm is bringing it back is. The Mini 90 isn't quite as simple as the consumer film cameras of yore, it includes modes digital users are more familiar with, like settings for kids or landscapes and the ability to lighten up the shot. The most innovative part? Going back to the old school definition of “sharing a photo” with physical, instant prints that make this camera great for parties. Okay, so not exactly innovative, but quite different from any new camera out on the market.

2013 was an interesting year for photography, to say the least. Here's to hoping there's just as much picture snapping and innovation in 2014.

Hillary K. Grigonis is a freelance writer and photographer that got her start at a small town newspaper. Follow her on Facebook or Google+ .