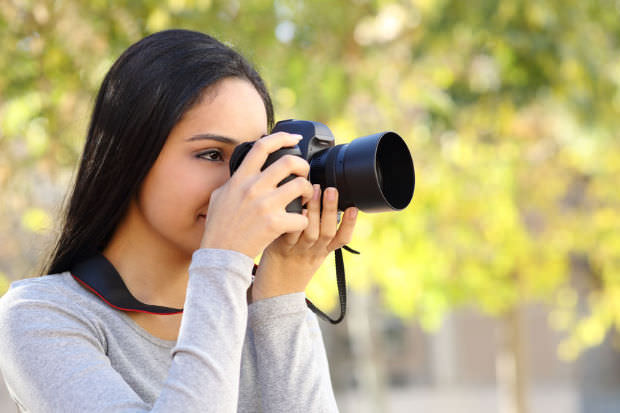 Even though wedding photography is the largest branch in the industry, I still don’t think there is enough education out there. I mean the Internet is full of wedding photography fails and the forums are screaming with unhappy newlyweds. What’s that about? I know many people get into wedding photography because it seems like good, easy money but let’s face it, few of them last over two seasons. So it must be something else. There is no shortage of mistakes made by photographers, especially new ones, so we thought we’d shine the light on some of them and hope that you won’t make them.

Letting the bride look at the LCD

A lot of times the bride has asked me to show her the photos, as I was taking them. Now, a definite refusal in this case would be impolite. So what I usually do is show her one or two pictures at the beginning, but that’s about it. The best way to stop this interruption is to let her know that you are wasting valuable time every time she wants to check how she looks. Ask her nicely to trust you and keep shooting.

Being a trendy photographer

A trendy photographer is someone who follows whatever trend seems to be popular. Take vintage tones for example. If vintage tones are part of your style and have been for some time, it’s definitely a good idea to use them. But if it’s something you thought might be ok to start using, I’d think again. You might come off as a photographer with no personal style or…personality.

Not getting the second shooter

The second shooter is valuable for a number of reasons. One of the most important is that you can’t be at his and her place at the same time (obviously), but you know it would be good for the outcome. Number two is that by the time you get to the reception, chances are you will already be very tired and someone who could take it from there is a great asset.

You might have heard of the Uncle Bob kind of character. He’s the one very much in love with his compact camera and he will go to great lengths to capture photos of the happy couple, while believing that he’s doing you a favor. He can be very annoying, but on top of that he can ruin key shots. Spot Uncle Bob early on and have a private, polite conversation with him. Unless you want him in the corner of very important photo.

Not respecting the couple’s indications

By that I mean especially the “don’t takes”. In other words, the photos they don’t want to have or the people that for whatever reason are not to be part of the story. It might also be about close-ups or photos of someone smiling. Remember these instructions and respect them if you want to be considered a true professional.