Lighting for both Stills and HD Video

In this lesson, photographer Ben Clay creates beautiful portrait light using a very simple setup of two StarLite Kits and a LitePanel Kit. And because these lights are continuous, he was able to shoot stills as well as HD video, which appears at the end of the lesson. 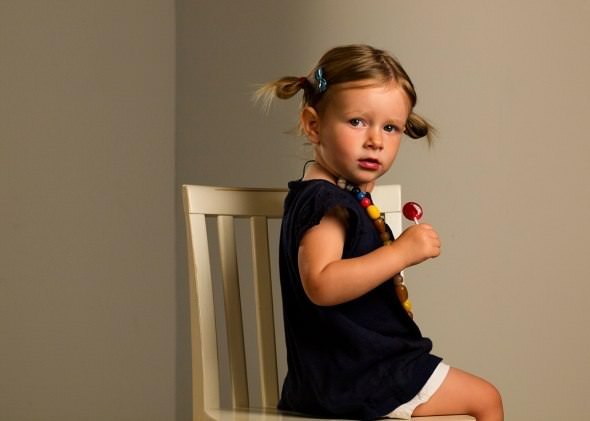 Recently, I brought my daughter, Nola, into the studio for some classic portraits. I also thought it would be fun to shoot some HD video or her while I had her there, as she loves to sing. But rather than set up two different sets of lights - one for stills and one for video - I decided to use one lighting setup that would accomplish both: two continuous lights and a reflector.

I wanted to keep the set and lighting simple and straightforward so that the viewer’s attention would stay mostly on Nola. I decided to shoot against a movable wall corner we have in the studio and use a minimal amount of lighting. I created an elevated surface by placing a sheet of 4x4-foot plywood on top of four foldable sawhorses, onto which I placed a small chair. My hope was that Nola would stay in one spot for the most part so that I could maintain sharp focus, especially with the video.

For the main light, I set up a medium StarLite® Kit, which consists of a StarLite light fixture (continuous light, not flash), a 500-watt bulb, a 24x32-inch Medium SilverDome® softbox, a StarLite Connector, a medium LiteStand, and a power cable that goes into any household outlet. For a natural, window light effect, I raised it about five feet high, angled the box slightly downward toward the chair and positioned it so that it was just out of frame, camera right.

To create some separation of Nola against the background, I set up a Small StarLite kit (the same as the medium StarLite kit, only with a 17x21-inch SilverDome soft box and a smaller LiteStand) and placed it opposite the main light with the chair directly between the two lights. This is sometimes referred to as an "opposing light" setup.

I knew that without any other ambient light, the shadow side of Nola’s face would be pretty dark in shadow. So, I set up a reflective panel with soft gold fabric attached to bounce light from the main light into the shadow areas. This LitePanel Kit is simple to set up and does a wonderful job of reflecting soft, even light.

With the lighting gear roughly in place, I then rigged up a boom for the USB microphone I’d be using to record the audio from Nola singing. Even though most DSLRs that feature HD video recording have sound capability, you’ll always be better off with having a separate microphone positioned close to your subject. I set up a Photoflex Boom and Boom Stand and used gaffer’s tape to secure the microphone to the end of the boom. I then set up my computer on a rolling studio cart and positioned it near the Boom Stand so that I could easily connect the USB cable to it. While shooting video with the camera, I’d also be recording a separate audio track using Apple's GarageBand.

Here’s how the set looked prior to Nola and my wife, Tamara, arriving at the studio.

Once Nola arrived and got comfortable on set, I took a few shots with each of the lighting components to see how they were affecting the shot. First, I turned off the rim light, pulled the LitePanel away, and took a test shot with just the main light.

I reviewed the test shot and liked the overall effect of the main light, as it gave shape to Nola’s facial features in a soft, yet defining way. To see what the rim light was doing, I turned it back on, turned off the main light, and took another test shot.

The result showed exactly what the rim light was doing and nothing else. It’s good to turn off other lights if you’re using more than one so that you can see the light levels of each. It may seem like an extra step, but it can actually be a real time-saver. You’d be surprised with how much time you can spend chasing your tail with multiple lights going simultaneously. Here, I was happy with the subtle light level; I wanted some definition along Nola’s hair, face and arm, but I didn’t want it to be overpowering.

Next, I wanted to see how these two lights played off of each other. I got Nola to smile and took another test shot.

The lighting was better, but I felt the shadows falling across her face were too dark. So, I brought the LitePanel back in and angled it so that the main light bounced warm light into the shadows. One of the nice things about working with continuous light, as opposed to strobe lighting, is that you can see the effects of the lighting in real time. With Nola starting to lose patience with this project, I took another test shot.

Her sour expression aside, I liked the overall lighting scheme and was ready to start shooting the still shots. Afterward, I would ask her to sing while I shot video. It’s a lot to ask an almost two-year old to sit still, pose and perform for both photos and video, so I decided to help the process along by doing something I don’t normally do: bribe her with sweets.

I told Tamara I had packed some lollipops in my camera bag, and as soon as she presented one, Nola's mood brightened instantly. I knew this elation wouldn’t last long, so I got to work.

I had my camera set to the following for every shot:

Exposure Mode: Manual
I always shoot in Manual Exposure mode in the studio because I’m able to control the exposure levels of the lights. If you shoot in any other mode (Program, Auto, Aperture Priority, Shutter Priority, Scene mode, etc.), your exposure levels can vary, depending upon your metering mode and placement of your subject within the frame. Shooting in Manual Exposure mode simplifies/stabilizes the process and allows you to concentrate on other elements of the shoot.

Aperture: f/5.6
The lens I was shooting with (fixed 50mm Macro, f/2.0) has the ability to open up as wide as f/2.0, which would have given me more flexibility in terms of exposure, but I was concerned that such a wide aperture setting would have provided too shallow a depth of field for my moving subject and I didn’t want to risk having Nola’s eyes being out of focus. f/5.6 was a safer choice, yet still provided a soft quality to the background.

Shutter Speed: 1/90th of a second
This was a good shutter speed for this type of shooting. Had Nola been jumping around, though, I would have needed a faster shutter speed to prevent motion blur from occurring. For an action shoot like that, it would have been better to shoot with strobe lights, rather than continuous lights.

ISO: 800
Most DSLR cameras these days perform markedly better than any of thier predecessors when it comes to high ISO settings. And high ISO settings allow you to shoot at faster shutter speeds to prevent motion blur. When you zoom in tight on an image taken at ISO 800, for instance, you can see some grain, but it looks more textured (like film) than noisy (digital).

White Balance: 3400˚
Although the StarLites project light that is color-balanced at 3150°K (tungsten), I set my WB setting slightly higher than that for this portrait to achieve a slightly warmer skin tone. For still life and product work, however, I shoot closer to 3150°K, particularly if I'm after accurate color balance.

I took about 30 or so shots and felt that I had captured some keepers. But I didn’t shoot too long because I wanted Nola's mood to still be good for the video. Here are my favorite stills from this series.

The nice thing about this lighting scheme was that it was flexible enough to maintain beautiful light for more than one pose. In reviewing the results, I was happy with the balance of light on Nola and the soft gradation of light on the chair and background.

With the still shots complete, I was ready to shoot video. The transition was simple. All I did was change the shooting mode in the camera to HD video and left all the other camera and lighting settings unchanged.

A few weeks prior to this shoot, Tamara and I had introduced Nola to the music from The Sound of Music, which she took to immediately. Although she knows and sings many of the songs on this album, Do-Re-Mi is her current favorite. I was prepared to try and get her to sing a few takes of this song, given that that’s typically how recording songs goes, but after this first take, I didn’t see any reason to have her do more. Both Tamara and I loved it, lollipop breaks and all.