How to be a Cool Photographer 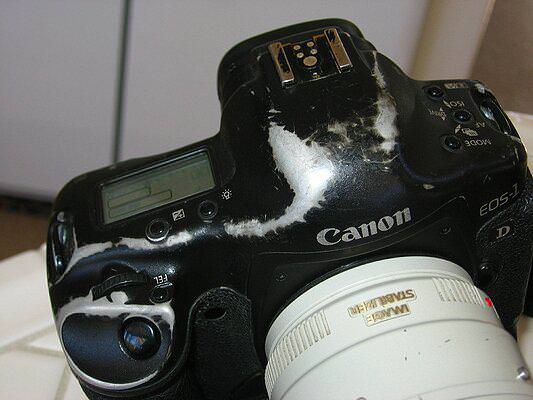 In this day and age when everybody wants to be a photographer, from your former kindergarten colleagues to your ex mailman, it’s very important stand out from the crowd. You probably don’t want to be the kind of photographer who has his models rolling their eyes and waiting for the torture to be over, or the one who can easily be confused with the other one hundred photographers in the area. You need to be cool, and not just with your portfolio. The way you present yourself in the world is a reflection of your personality, and let’s face it, nobody wants to be considered the boring guy/gal. So, in an honest attempt to come to your aid and make you cooler, we suggest you follow these guidelines we have prepared. And remember to have fun while you do it!

Of, there is so much you can tell by the way a person holds their camera. Newbies hold it like a compact, even if it’s D4: right hand on the grip, left hand on the side. You can’t really blame them because they’re probably not that much into photography anyway. Another common, yet incredibly wrong way of holding a camera is with your left hand on top of the lens. It’s what they used to do in ‘70s movies. It’s over, gone, let it die! It’s also fundamentally wrong from a practical point of view because if you have a long lens on, you haven’t got a good hold on it because you’re actually holding it with your thumb. Be a real photographer and place the lens in your left palm, gently without squeezing it.

George Carlin used to say that cats don’t except blame. Even if they do something wrong, they make it look like it’s exactly what they wanted to happen. To be a cool photographer, you must do the same. Sure, it doesn’t seem like the simplest thing in the world when your batteries fail unexpectedly, your memory card keeps making errors or your lights just won’t work, but you have to get everyone thinking that it’s all part of the master plan. If you don’t believe me, just try showing your insecurities and acting like a puppy who can’t find its toy. See what happens.

Unless you want to get cool undercover shots of actual tourists, avoid looking like one. If you think I’m only referring to your Hawaiian shirt you are mistaking. I’m talking about strapping your camera around your neck. I know you think that’s what the strap is for, but you’re wrong. The strap is there because the camera people don’t want you to think they’re not giving you enough. Other than that, it has very few actual life purposes. If you hold it in your hands like a normal human being, everything should be fine. Of course, you should be extra careful when you’re shooting over a cliff or from a rooftop. But that’s about it. Strap around neck= tourist.

Connect to your subject

This is vital for anyone who sees you, including the subject. Show some real interest and be open. That’s what’s most important. If you’re going to scared, shy or uptight, you will only make things worse and your subject will either look terrible or smack you in the face.

Have a beat up camera

There’s nothing cooler than a worn out camera. It shows the photographer actually used it as a tool and hasn’t kept it on a shelf. It can also be an awesome conversation subject with whoever you are working with. Take that camera and push it too its limits. That’s why you spent thousands of dollars on it.