Everything You Eat in Tuscany Deserves To Be Preserved in Photos 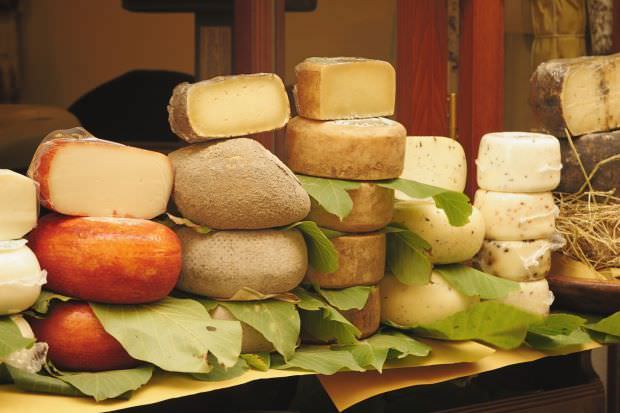 As any number of chefs will tell you, there is no Italian cuisine, but the unique cuisines of the country’s various regions…and Tuscany has flavors and dishes all its own that you’ll want to photograph before you eat them. Many famous travel and food writers will also tell you that the food of a place will reveal as much, and often more, about its history and people than the art, architecture and geography.

The food of Tuscany, like many of the regions surrounding the Mediterranean, has been influenced by thousands of years of migrating peoples. The name “Tuscany” comes from the Etruscans, who settled there during approximately 1,000 B.C., and probably originated in Asia Minor. The Etruscans were responsible for planting the first grape vines and olive trees, resulting in two of the staples of Tuscan cuisine, wine and olive oil.

One of the benefits of visiting the restaurants in the cities, small towns and isolated villages of Tuscany is that many serve dishes exclusive to their locations. Local traditions in food sources and cooking techniques that have developed during hundreds of years have directly influenced today’s chefs. It’s often the case that the people in the next town or village have never heard of the dish you just ate in a nearby town. Even when towns and villages serve the same dish, its ingredients or preparation may be slightly different.

For that reason, make sure you always ask for the exact name of a dish or meal that you photograph, so your images reveal the authentic tradition behind the food being served. You’ll also discover that much of the true Tuscan food tradition is based on basic ingredients that are local, fresh and natural. Today’s dishes are more likely to have been (and still are) the food of the common people, but there is nothing common about their taste. Don’t be fooled into thinking that what appears to be a simple dish doesn’t deserve to be photographed. It’s likely the depth of character of the dish that you might think can only be experienced in its taste will also be revealed in the images you take.

Of course, it’s also important to remember that to experience and photograph authentic Tuscan cuisine, you must travel there. There are certainly chefs and restaurants throughout the world with a reputation for serving the foods of Tuscany; there are also many that claim they do, but don’t come close to matching the ingredients, look and tastes.

You may be surprised to discover that rice, or risotto, is more popular in Tuscany than pasta, which is more likely to be found in southern Italian cuisine. Pappardelle is a type of pasta specific to Tuscany and Florence. It looks very much like spaghetti, but is thicker and made from eggs.

Thyme, rosemary and fennel flavor many of the dishes, and are often included when preparing Chianina beef, which is unique to Tuscany, and wild boar, which is a favorite game animal for stews and cured hams. Florence is known for many dishes, but its Florentine steak is probably the most famous. It derives its popularity and unique taste from being just slightly cooked, or very rare, and served with white beans, roasted potatoes or salad.

Another treat that shouldn’t be overlooked in Tuscany is the street food. Florence and other towns and villages are famous for lampredotto and porchetta sandwiches. Lampredotto is tripe or stomach, a cut of meat that you may have never tasted, but part of the travel experience is to try new foods. In the seaside towns of Tuscany, try cecina, another street food that looks like a pancake or thin pizza. It’s made from flour or dried chickpeas.

Because the coastal areas of Tuscany have not been developed as much as other parts of Italy, seafood dishes have remained traditional and authentic. Many travel experts say you shouldn’t miss the cacciucco, or fish stew, of Livorno, which also has an excellent fish market, ensuring that most seafood served to you is only hours from being in the sea, and fishermen’s nets. Stroll the beach at Baratti during the summer and look for a food van offering a panino, with Pecorino choose, pistachios and wild boar salami. Plan your Tuscan photography trip during May, so you can enjoy Festa della Palamita in San Vincenzo. This seafood festival features dishes made with the local bonito as the star attraction.

No doubt, you’ll find incredible subject matter to photograph throughout Tuscany, but please remind yourself to capture images of the cuisine, especially those dishes that are unique to the less-traveled places.

You’re more likely to find the Tuscan cuisine that deserves to be photographed with the help of the people at TuscanMuse.com.