The Photography Sin List. Are You Guilty of Any? 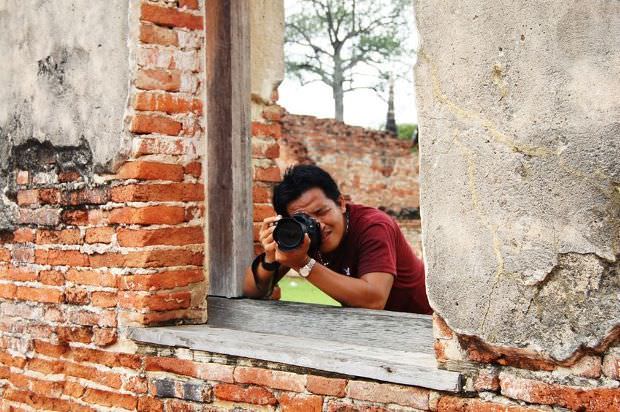 We’ve told you about the common mistakes amateurs and pro photographers make and we hope you learned how to avoid them. But what about those times when you see a fellow photographer doing something that makes the hairs on the back of your neck stand up? Would that qualify as a sin, photographically speaking? For the record, we don’t plan on posing as any kind of moral institution, but we did think about making a short list of what most of you would probably consider sins among photographers. Here it is.

There aren’t many things that are annoying as someone stealing the exact frame you took thirty seconds before. Yet some photographers have no problem copying the exact same angle with the same focal length. If someone beat you to the shot, let it go. It’s never ok to take the same photo, especially if the photographer who first took it is watching.

So you just bought a Nikon DF. Good for you. It means business is going well and you can afford to be up to date with the latest technology. Still, a new camera doesn’t give you the right to brag about it, especially since not all photographers are doing well in their careers.

There are many ways this can happen, but one of them is getting between him and a client. I knew a guy who had been working with a company, taking product shots, for about three years. It wasn’t a big area, so the local pros knew each other and everyone’s clients. One of the other guys made a better offer and got the job, despite delivering less quality in his work. Backstabbing won’t take you very far. It will however bring you a lot of enemies.

Lending and borrowing gear has always been a taboo subject. Some hate the idea of their camera leaving their sight; others love to help their peers. It’s all totally fine, except for the time when you lend a camera or a lens to someone who fails to bring it back when you say so. Holding on to borrowed gear for a longer period of time than what was agreed upon is a big no no and it you can count on not getting anything else again.

This is one of, if not the biggest sin of all. Stealing someone’s photos and pretending they are your own is above all illegal, but it is also very wrong. It’s something that should never exist in photography or other art forms, but sadly, almost everyone can tell you at least one case. The people who do this kind of thing have no backbone, and I don’t care what argument anyone might bring up. The fully deserve the penalty of law. The problem is that today, stealing someone else’s work and calling it your own is actually very easy to do. Not everyone has enough background in art or photography to be able to spot a famous photo that a small time photographer calls his own. It happens every day, all over the world, and sometimes these people are bold enough to lie even in the face of clear accusations.