One thing I love about photography is that there is no shortage of newcomers. It is one of the most popular mediums and forms of art and that’s probably why it attracts countless new people.

Photography’s technical side isn’t so hard to understand, although many fear it. One of the benefits of modern cameras is that they can do everything for you in terms of exposure. The only problem is that no camera will ever be at its full potential if it is used on auto mode. Any photographer should know the main exposure settings, and this time we are going to discuss aperture. 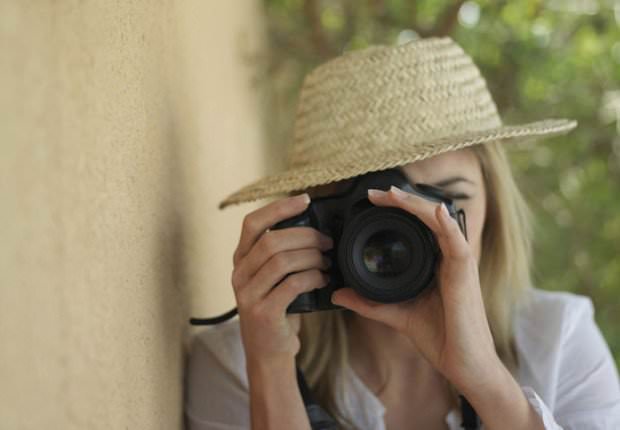 How should you think about aperture? Originally, it was designed to resemble the human iris. Its basic purpose is to dictate the amount of light that goes into the lens of the camera. A logical assumption therefore tells us that its positioning is inside the lens, regardless of camera or lens type. As with the human iris, the larger the aperture’s opening, the more light it lets in. The smaller it is, the less light goes in.

Aperture values are measured in f –stops. Now this may be a little tricky. A wide aperture, or an open one (which allows more light to enter the lens) is represented by a smaller number. One of the most common f –stops is f2.8. It is the standard constant aperture for pro zooms. So here is the tricky thing about f-stops. The wider the aperture, the smaller the f-stop number. F 2.8 is a bright aperture, f8 is not. This is what gets a lot of beginners confused. You would think a bright aperture has a large number, but it’s actually vice versa. Prime or fixed lenses have the widest apertures, with values of f1 or even f0.75.

A wide open aperture will help you a great deal in low light conditions. It won’t do you so good in broad day light, although you can control the exposure by compensating with a fast shutter speed.

Generally a wide open lens is less sharp. The maximum detail is obtained somewhere around the value f8-f11. Detail will also be lost if you close the aperture all the way down to f22. However, pro zooms have taken care of this problem. The details are there even at f2.8, but the only problem is that pro zooms are not affordable for everyone, so it’s best to keep this rule in mind.

The aperture is also what directly controls flash exposure. So if you want less light from your flash, close the aperture because changing the shutter speed won’t help you very much.

One last thing to remember is that some types of photography require different aperture settings. Landscape photographers for example use smaller values like f8 or f11 because they want detail throughout the entire frame. Portrait photography on the other hand requires a shallow depth of field and therefore larger aperture values are preferred.

The best way to learn about using aperture is to experiment on your own. Put your camera on Aperture priority mode or Manual mode and go out and have some fun.