Amazing Hidden Collection of Portraits Brought Back to Life

What would you do if you stumbled upon an amazing collection of glass plate portraits from the beginning of the 20th century? Cezar Popescu decided that such part of history should be preserved, and when he came into possession of Costica Acsinte’s portrait collection, he began a personal quest to restore it. 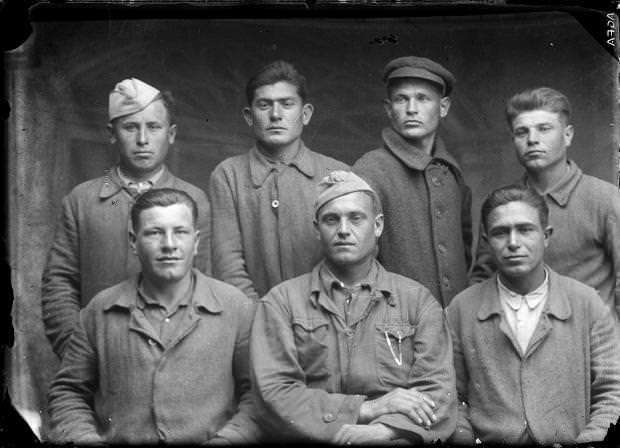 So what’s with this new found collection? Do you remember the Vivian Maier story from a few years ago? Entire boxes full of undeveloped negatives were found and collected by one man who shockingly realized he had just acquired an important piece in the history of photography and the twentieth century.

This story is very much the same. Costica Acsinte was a Romanian photographer, born on July 4th 1897. During WW I he was a photographer, probably one of the few in Romania at the time, although having been trained as a pilot. He wasn’t famous by any means during his lifetime, especially after the rise of communism after WWII, but he did photograph some historical figures like King Ferdinand, Queen Mary and Henri Mathias Berthelot. He photographed using glass plates until 1950 and finished his professional career in 1960. He continued to photograph in the small town of Slobozia after retirement as well. 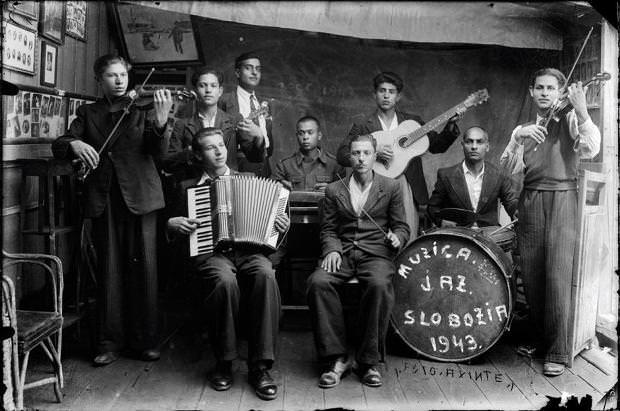 So what happened to his work? After his death, the plates were kept by his family, but stored in improper conditions. Some of them were kept in wooden boxes under a chicken nest and when Cezar got a hold of them, they still had dry chicken manure on. The family sold part of the plates to Ialomita County Museum, and then later donated the rest. 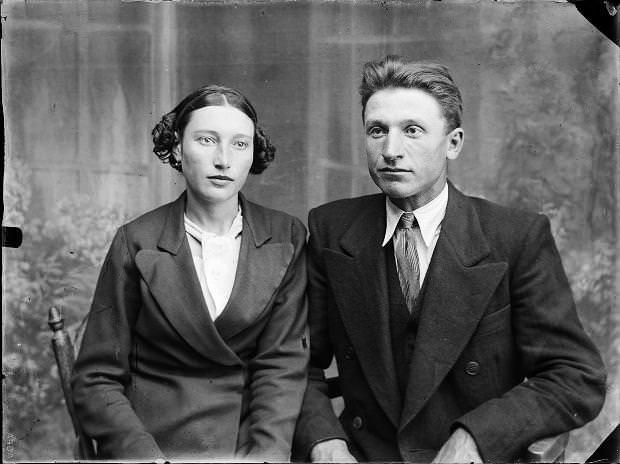 That’s where Cezar got them. When I asked him why he started this monumental work, he told me “the main reason is that I fear his photographs will be lost due to natural damage or improper storage conditions”. He said he had already experimented the feeling of loss in the past while collecting photographic formulas made of developing and fixing solutions. “I realize that many of them have disappeared along with the extinction of the companies that kept them as commercial secrets. I have the same fear in regard to Acsinte’s pictures.”

Popescu’s father was also a photographer and he worked with Costica Acsinte’s son. That’s how Cezar found out that he had left a large number of plates behind. One leap forward in Cezar’s effort comes from the fact that Romania signed a document obliging it to contribute 750.000 digital items to the European Digital Library by 2015.

He also says that he wished he could stick to ISO recommendations regarding glass plate storage, but unfortunately costs prevent him from doing so at the time. So he is sticking to digitization for now.

Here is a quick look at the painstaking process he goes through with each negative.

Cezar says that after seeing all the crates, he believes the total number is around 5,000 plates. He is lucky enough to have enough free time on his hands to devote to restoring this incredible archive, although he says he can use all the help he can get.

Find out more about the Costica Acsinte archive here and here.