Understanding the Most About Aperture 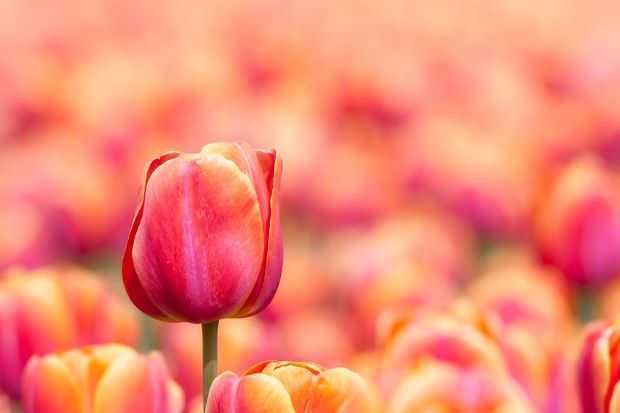 If your passion for photography has compelled you to advance from a smartphone or compact camera to a DSLR, then the most important concept to learn is how to achieve a correct exposure for each type of photo you shoot. Yes, a DSLR camera has auto modes like your compact camera; and you can continue to use auto exposure for many of the photos you’ll shoot; however, understanding how to determine the proper exposure manually will greatly expand your creativity and allow you to receive maximum benefit from your investment in a DSLR.

Selecting the proper exposure requires an understanding of three elements: aperture, shutter speed and ISO. All three must be considered and work in harmony to capture the best and most interesting images. Understanding aperture is where to start, as it is generally considered the most critical element of the exposure equation.

At a basic level, aperture is quite easy to understand, as the camera lens operates essentially the same as your eyes. The lens has an iris, or diaphragm, that consists of a number of leaves that are arranged to create any opening through which light enters the camera and is registered on the sensor. The pupil of your eyes opens and closes in relation to the brightness of the environment: the opening is smaller on a very sunny today outdoors, and then widens when you walk into a dimly light room.

In auto mode, the lens’ iris opens and closes automatically; however, when you shoot in manual mode, you must select the correct opening. To help you with this process, a lens has a number of pre-set locations, or stops, that you can choose on the aperture ring of the lens. These are called f-stops. The first stumbling block for many photographers new to the exposure concept is that the smaller the f-stop number, the larger the lens opening. A mathematical equation is applied to determine each f-stop’s opening, which is related to the focal length of the lens. If mathematics intrigues you, then you can read about the details of the equation online; however, for the purposes of this article, the point to remember is that the equation is responsible for a larger opening having a smaller f-stop number.

If manual exposure and aperture are new concepts for you, then it’s probably a good idea to shoot a set of the same photo at a constant ISO and shutter speed setting, but use a different aperture, or f-stop, for each image. Then, you can compare those images on your computer screen to see how aperture affects the exposure. It’s likely one f-stop will produce a correctly exposure image, but all the others will either be underexposed, or not enough light, or overexposed, or too much light.

Excuse the pun, but as you understand aperture better, you may begin to see the “light,” or how aperture and shutter speed work in close partnership. A companion article in this series will present more detailed information about shutter speed, but it is simply the speed at which the shutter opens and closes. It’s the combination of these two elements – aperture: the size of lens opening, larger or smaller, and shutter speed: how much time the shutter is open before it closes – that determines if you’ve exposed the photo you’re taking correctly.

It may have also become evident to you that there is no absolutely correct aperture because, as mentioned above, you must add shutter speed to the equation. The aperture, or f-stop, you select depends on the environment in which you are shooting or the kind of creative effect you are trying to achieve.

An obvious situation where you would select a large, or the largest, aperture opening (which, remember, is the smallest f-stop) is shooting wherever there is very little available light and you don’t or can’t use a flash. (The relationship of aperture and flash photography is a whole other animal and it is too big to fit in this article without a trainer.)

Conversely, if you’re outside during the brightest period of the day, then you must use a smaller aperture opening, f/16 or f/22, for example.

Aperture and Depth of Field

Pages and pages (and probably entire books) have been written about depth of field and how to use it in photography; but as its name implies, it is the field, as measured from the foreground to the background, that appears in focus. It most cases, of course, you want the subject(s) or object(s) in your photos to be within that depth of the image in focus, so the subject or object is also in focus.

The aperture you select directly affects that depth of focus. Again, mathematics are involved, but the results of those calculations are that there is less depth of field, often referred to as shallow depth of field, at the wider openings of the lens, which are f/1.4, f/2, etc. As you might imagine, the opposite is true: the narrower the lens opening – f/11, f/16 and f/22 – the more of the depth of the photo will appear in focus.

Consider these two examples: You want to photograph a person, but you don’t want the background to appear as much, or nearly as much, in focus as the person. By shooting at a smaller f/stop number, the background will become blurrier, which helps to isolate and emphasize the person, and gives your photo more of a three-dimensional quality. When shooting most landscape photos, you want almost as much of the depth of the photo in focus as possible. In the foreground is an interesting natural object on the near shore of a river with a stand of trees on the other side and then mountains the farthest in the background. For all of these elements to appear in focus, you’d want to choose a bigger f-stop, or smaller aperture opening.

There is much more to learn about aperture, how it affects the photos you want to shoot and how to control it. Use this article as a starting point and then continue to seek additional information, so you know how to take full advantage of aperture. Some of the best sources of information about aperture are the instructors and classes at Chicago Photography Academy, http://www.ipaschools.com/.