I love how so many jobs have specific inside jokes and I realized that photography is one of the most sought after jobs on the planet and that there are countless pros in the business. So I went online digging for some awesome jokes about photographers. Some of them had me laughing for minutes, others just got me thinking with a smile on my face. None of them belong to me and like most jokes, they belong to folklore. Photography folklore in this case.

I couldn’t resist sharing them with you guys, so here they are.

Two photographers are in the men’s room at the urinal. One guy is a Canonian and the other a Nikonian.
The Nikon guy finishes his business first. He simply zips his fly and heads for the door.
As he was leaving, the Canon guy turns his head towards him and says “Excuse me, Canon photographers wash our hands when we are finished urinating”.
The Nikon guy says ” I understand, but us Nikon guys don’t pee on our hands”

Q: What’s wrong with most cameras that won’t take good pictures?
A: The nut behind the viewfinder! 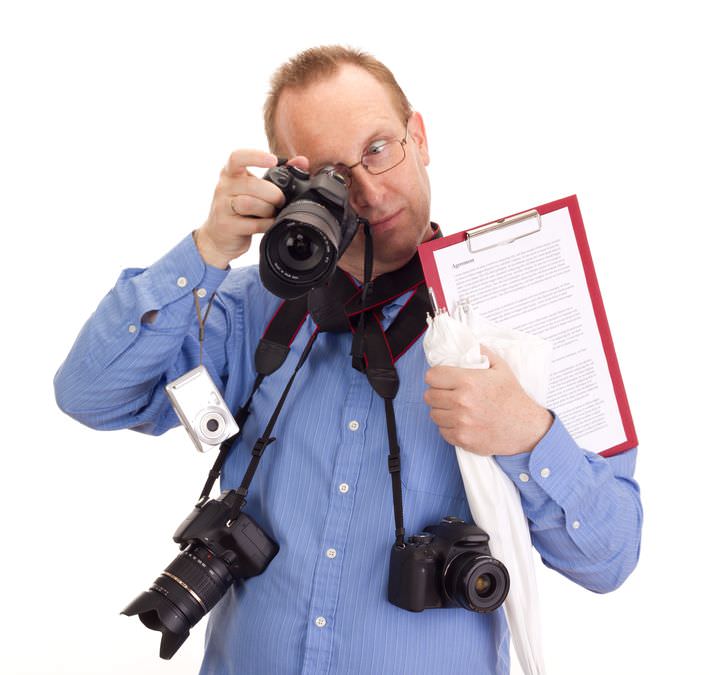 A journalist photographer was caught out in a rain shower when he saw a dark gloomy house. While he was drying off in the house he heard scary sounds and saw a ghost coming towards him. He grabbed his camera to take pictures. The ghost asked him what he was doing, he said “I just want to take your picture for the newspaper.” The ghost was glad for the exposure and posed for the photographer. When his film was all done he thanked the ghost and rushed to his office to get the film developed. When he saw the results he was terribly disappointed that they all came out black – they were all underexposed. The moral of the story is: The spirit was willing but the flash was weak.

A photographer took a self-portrait in a park.
Due to lighting conditions he used the built in flash on the camera.
He quickly got arrested for flashing and exposing himself in the park.

Lucifer slowly raised his head, grinned and replied “Ah, but we have all the judges…”

"What did you give him?"

The other photographer replies:

How do you tell if someone is a real photographer? You ask them to answer this question. Suppose you were walking through the woods and you came upon a clearing. In that clearing is a lake and in the lake is a man is obviously drowning. Now you only have time to do one of the following - save his life or take a photo. Now here's the question. Which lens should you use?

A fellow bought a Labrador puppy from the pet store and named him Kodak.

That way he could say he owned a Kodak lab.

The frog might be on his way to a job.

How do you get a professional photographer off your front porch?

Pay him for the pizza.

To which she responds by yelling, at the top of her lungs:

"NO, I won't sleep with you tonight!"

Everyone in the bar is now staring at them. Naturally, the poor guy is hopelessly and completely embarrassed and he slinks back to his table.

After a few minutes, the woman walks over to him and apologizes. She smiles at him and quietly says, "I'm sorry if I embarrassed you. You see, I'm a journalist and I've got an assignment to study how people respond to embarrassing situations."

To which the photographer responds, at the top of his lungs:

How many photographers does it take to change a light bulb? 50. One to change it, and 49 to say "I could have done that".

How do you make a small fortune in photography? You start with a large one.