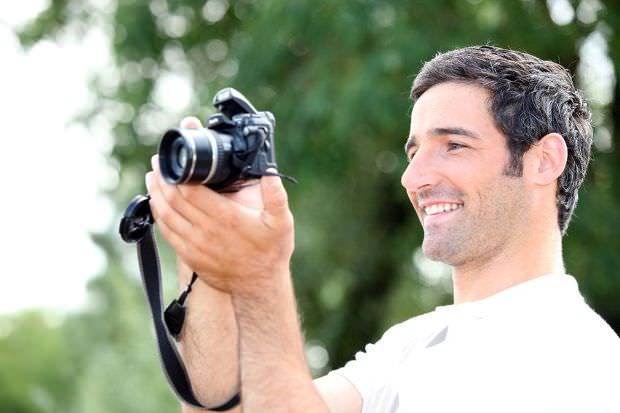 The pop-up up flash is far from being the useful part of your camera. It has long been regarded as one of the enemies of quality flash photography, but since camera manufacturers are still adding them, they must be on to something. The truth is there are times when you need a flash no matter how good the ISO performance is. So you might as well make the most of it.

Here are 5 steps to make the most of your built-in flash.

If you use the camera’s standard exposure, it will fire the flash at the beginning of the exposure. It works for a lot of subjects and situations and that’s why it’s a default setting. But it can be less productive with moving subjects.

Second or rear curtain exposure is what happens when the flash fires at the end of the exposure. The result is a more natural looking light, one that gives a greater sense of speed to moving subjects.

One of the situations where you need flash and camera performance is not enough is when you take portraits in broad day light, when the sunlight is the most powerful and the shadows are very dark. Even with the best exposure, you are most likely going to leave the eyes in the dark and that’s where a fill in flash can work miracles. This is one of the best ways to use a built in flash, and one of the reasons it’s present on so many enthusiast cameras.

Even though it’s a small flash, the light is still too hard for many subjects. You can diffuse it, just like you would do with a normal studio flash. There are plenty of pop-up flash diffusers available on the market, but if you need one on the spot, you can use a piece of white paper or a folded shopping bag.

This is something I recommend for external flashes as well. TTL is great for measuring exposure, but it drains the battery and it often gets it wrong. The best way to use any flash is to leave the thinking to you. Adjust the power manually after a few test shots and adapt to the surroundings as they change.

This is a technique that needs some time to master. A normal burst of flash will illuminate your main subject, but it will most often leave the rest of the frame in darkness. It’s not really what you’re looking for, especially when taking environmental portraits.

Slow sync flash photography involves using a longer exposure in order to have more of the background visible. The shutter speed doesn’t influence flash power one bit, so you can use it to concentrate on what is around your subject. However, a longer speed might require adjustments in aperture and flash power, not to mention the use of a tripod.