If you're a photographer in today's world, you need more than a camera and a workstation to run a successful business. That's were gadgets come in, and the right ones can make your life easier.

So far, it's been a very productive year in this area. A lot of new toys have hit the market, some more useful than others.

But this time we want to shift our focus to Microsoft's latest tablet: the Surface Pro3. Let's see why it's an awesome tool for photographers.

Microsoft wanted the Surface Pro 3 to be a hybrid. They didn't want it to be a conventional tablet, but they're definitely throwing a heavy punch at the laptop market. With that said, the Surface Pro 3 has a very nice finish to it. The body is made of magnesium alloy and it feels like a premium product. Unlike its predecessors, it is both thinner and lighter and the Windows home button has been repositioned to the left side of the glass bezel. But one of the first things you will notice, one that separates it from its competition is the 3:2 aspect ratio. Most tablets on the market have a ration of 4:3.

All together, the Surface Pro 3 looks and feels right no matter if you hold it landscape or portrait orientation. 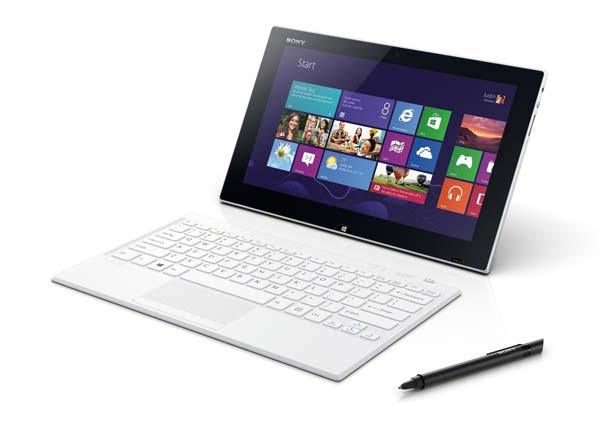 If you ever want to design a "laptop killer" you need to make it powerful. Otherwise, you're never going to break through the tablet barrier. Performance is one of biggest reasons why the Surface Pro is attractive for photographers and creative professionals in general. You can buy it with Core i3, i5 or i7 Intel processors. We put it through some daily uses like web surfing and viewing Full HD videos on YouTube and it performed flawlessly. We then tried editing on it. From a performance perspective, this is what got us most interested. We tested the i5, 8 GB of Ram and 256GB flash drive version with both Photoshop and Lightroom and we were quite impressed because it moved just as well as a PC. But this isn't even the best part.

In digital photography and video, performance is worth a lot less if you have the wrong display. It would have been a shame if that were the case with the Surface Pro 3, but they got it right. The screen is a 12 inch, 2160x1440 multi touch, and Clear Type unit, with very decent viewing angles. The colors are balanced and natural and detail rendition is top notch as well.

However these specs are only part of the story. The new Surface Pen designed by N-trig is a pleasure to use and it has some awesome gimmicks. For example if you click its top button, it will automatically launch OneNote via Bluetooth .This itself is a glimpse of what cool new stuff could be used in the future. The tracking is very smooth and the lines are accurate. Essentially, photographers can now take their digital darkroom techniques anywhere they want and still benefit from the awesome advantages of editing with a pen.

There is significant improvement with the new type cover. The trackpad is noticeably more sensitive and faster and when you click it, it doesn't feel that much different from a laptop track pad.

One think we don't like about the new Type Cover is that it's not included in the box. You have to pay an extra $130to get it, and to be honest, it doesn't seem that fair for a product that wants to beat laptops but can only do so with accessories sold separately.

The Surface Pro 3 is in line with its competition with its two 5 mega pixel front and rear cameras, both capable of 1080p video. But since you probably have a real interest in photography, it's highly unlikely that you will ever want to use those cameras for anything more than selfies and other casual stuff.

Microsoft claim The Surface Pro's battery lasts up to nine hours used normally. In real life, things are a little bit different. Ultimately the battery will last depending on what you make the Surface Pro 3 do. If you use normally for web browsing and writing stuff, you're looking at a little over eight hours. But if you want to put it to tougher work with energy draining software like Lightroom, you can expect the battery life to be noticeably shorter.

We tried to look at the Surface Pro 3 from a photographer's perspective, rather than seeing it in a life and death battle with Macbook Airs and other laptops. To be fair, it is far from being a perfect device. The Type Cover is decently comfortable to use when you hold it in your lap, although it doesn't feel as firm as a laptop keyboard, and you will never get rid of the fan noise no matter how you hold it. Eventually you just get used to it.

All that aside the Surface Pro 3 is an awesome gadget. The beautiful display, fast operation and quality stylus make it a solid option for editing in the field. Would we recommend it for professional, high end retouching? No, although you could probably get the job done.

We love it for the beautiful hybrid that it is, and we love it even more because of the waves it has stirred in the gadget world. Think of what will see in the following years!