The Nikon D300: Still One of the Best Semi-Professional DSLRs Ever Made 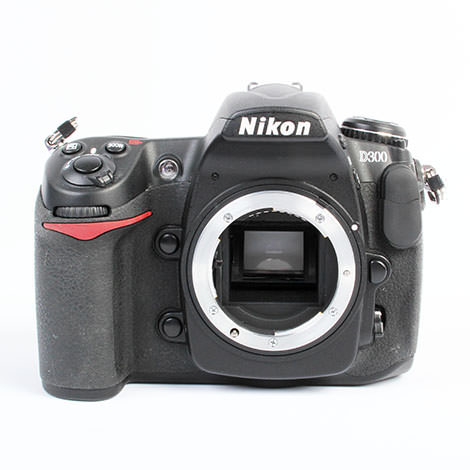 The battle between Nikon and Canon has been long and fierce; and during the past 5 to 10 years, they’ve had to admit Sony into their exclusive club and many others are knocking at the door expecting admittance. Just 7 years ago when the Nikon D300 was introduced during August 2007, it seemed that picking a DSLR was easier. That’s why time travel may be your best first step when considering the purchase of a refurbished, used DSLR because the D300 was undoubtedly the best of its class – and still retains much of its luster.

The D300 was a major step forward for Nikon, from its older brother, the D200, which had hit the market less than 2 years earlier, during November 2005. As much as the shooting specifications improved, what photographers discovered then, and you can discover now, is the D300 is simply one of the most comfortable and ergonomically compatible camera bodies Nikon or any other camera manufacturer ever produced. In addition, the exterior layout of the controls is so intuitive and clearly labeled that it’s an excellent option as a first-time DSLR for students and compact camera owners who are ready to be more serious about their photography. Plus, you’ll have a high-performance DSLR for much less than the newest introductory model would cost you.

Just as important as its exterior control points is the Nikon D300’s construction: magnesium alloy body with a full complement of rubber gasket seals at all the crucial places where water or weather could enter the camera. Although the D300 is not “officially” weather proof or waterproof, its robustness can be felt in your hand and it was definitely designed and manufactured for successful use in almost any environment.

The Nikon D300 is also at, or near, the top of the list of used camera choices because of how well it compares to its 2007 competitors: Canon EOS 40D, Sony DSLR-A700 and Olympus E-3. Although the D300’s CMOS sensor has the same 12.3 effective pixels as the Sony, the D300’s sensor is bigger in dimensions and area than the other three DSLRs. Other competitive advantages include:

ISO sensitivity and noise levels are other competitive advantages Nikon built into the D300, compared to the 3 DSLRs above. Third party tests at the time found that the D300 produced the best-looking images at higher ISO sensitivity, primarily because Nikon predominately used chroma noise reduction to include as much luminance detail as possible. At ISO 1,600, the grain is actually quite pleasing and, although it’s certainly evident at ISO 3,200, the grain pattern and intensity of the Nikon D300 is visibly better than the Canon EOS 40D, Sony DSLR-A700 and Olympus E-3, which is disruptive and disturbing.

It was almost impossible not to like every feature and function of the Nikon D300 when it was new – and that verdict hasn’t change much at all, especially if you like the idea of saving a considerable amount of money by buying a used model.

If you make that wise choice, then your other wise choice is to buy it from KEH, the world’s largest dealer of used cameras and photographic equipment. The professionals at KEH are very particular about the distinction that they sell refurbished cameras and other photo gear, not “used.” Nikon will inspect and fix your Nikon D300, so you know only the original manufacturer has updated it to be a fully functional, reliable DSLR. Plus, KEH backs your purchase of ANY equipment with a 14-day no-questions-asked return policy and a 6-month, non-transferable warranty.

Don’t wait another day to enjoy all the benefits of DSLR photography for much less cost by visiting KEH.com.