What's the big deal about the Canon 7D Mark II? 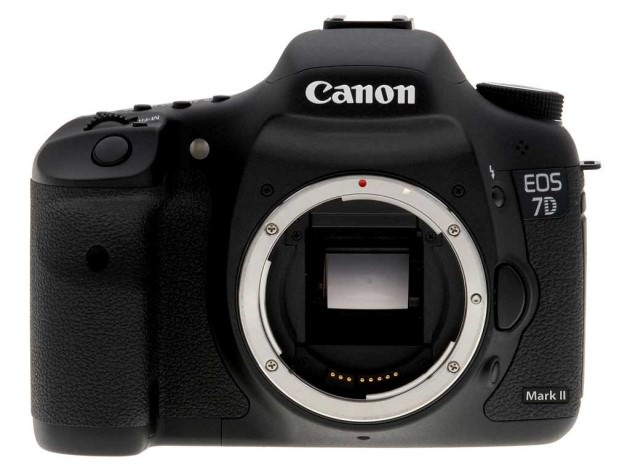 This Canon 7D Mark II has been one of the most awaited cameras of the year. Five years ago, the 7D was a brilliant camera with everything on it being cutting edge. But that was an age where APS-C cameras still had it good. Nowadays, they seem like ancient technology, at least in the pro segment of the market. Part of this direction was influenced by Nikon who have left their fans waiting in vain for the successor of the D300s. There has been a clear shift in their lineup towards full frame cameras. Canon on the other hand haven't abandoned the APS-C pros. Believe it or not, they're still out there, enjoying their long lenses more than you full framers are.

With that said, what's all the big fuss about this new camera? The 7D really made a name for itself. Solid body, very good AF and overall speed of operation, excellent image quality for both stills and video. It certainly didn't have the impact of the 5D MK II, but it was an amazing camera, appreciated by photographers worldwide.

So, is the new 7D MK II going to live up its name? Is it worth replacing the old model with the new one? Let's dive deeper into things.

Improvements on the AF include a 65 point, all cross type module. It also has the iTR (Intelligent Tracking and Recognition) focus system from the 1DX. Compared to the 7D's 19 point AF, you could say this is an important step forward. Add the increased, 10 fps frame rate and you get a camera that's perfectly suited for photographers who shoot fast action.

Storage has also been upgraded, as the 7D MK II can use both CF and SD cards.

We haven't talked about the body itself. That's because the design proved to be so successful, Canon decided to keep the overall look very close to the original 7D. The body is made of magnesium and, as you would expect, it's weather sealed.

Some have argued as to why the LCD ( a high quality, 1,040,000 million dot unit) isn't foldable. I imagine this would have impacted the weather sealing, and to be perfectly honest, I'm glad they kept it simple.

So, is the 7D MK II a worthy camera? From the first look and feel of it, there is no doubt in my mind. Is it a camera for event and action photographers? Canon probably had a few telling them what to change, so yes. Would I use it for a high profile commercial shoot? It depends. There certainly are better options out there, all of them with larger sensors, but in its weight class, the 7D MK II is the new, absolute leader.

This brings us to the question that gives many photographers headaches. Is it worth the upgrade? We believe it is. The 7D was a very popular camera for all the right reasons, but its days are long gone. The APS-C format has finally been brought to 2014.

But at a retail price of $1,799,00, body only, it's easy to just turn your back and pretend like you don't care. It's not a cheap camera, and people who have switched to full frame would definitely think twice about buying it. While we do think it's worth the money, we're quite sure there are plenty of you out there who can't afford the upgrade unless they sell the gear they're currently using. It can be one of the most annoying experiences to sell your old camera , usually for a lot less money than it's worth. So to help you guys, we recommend the professional way. Our friends at KEH Camera are the largest used equipment retailer in the world . They only trade quality gear and if you have it for sale, they'll pay the correct price.

It's one of the safest, cleanest ways to fund a new purchase. After all, your 7D might have served you well. Why put it on a shelf or leave it forgotten in a bag? Let someone else enjoy it while you can have fun with the new 7D MK II. Trust us, you'll be thankful.