What You Should Know About Drone Photography

While DSLR video was all the rage for a few years, we've recently seen dramatic growth in aerial photography using drone. In the past, the only way to take aerial photos was to get into a plane or helicopter (not an inexpensive endeavor) and hang out the side of it to get your shots (not a safe endeavor).

Enter drones, or unmanned radio-controlled quadcopters, which allow photographers to use an on-board camera or attach their own for a bird's-eye view of the world. But before you run out and spend a lot of money on a DJI Phantom, below are some things you should consider. 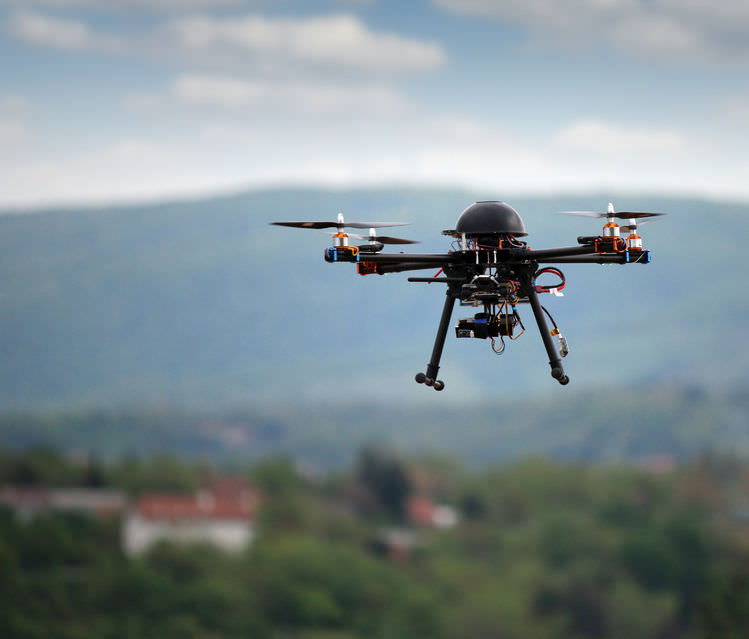 It Takes a Lot of Practice

Flying a drone quadcopter isn't something that's going to come naturally in the beginning. It takes many flight hours to fully understand how to control your drone so it moves smoothly and steadily while carrying a camera. Landing is also much harder than taking off, and most drone operators will confess to having crashed their drones many times during the learning stages.

Like everything else photography related, there are always upgrades available, and you'll eventually find a reason to justify buying them. But when you factor in the chances of crashing while first starting out, you have to consider that you may be replacing broken parts often in the beginning as well.

Aside from crash damage, some people like to replace the plastic propellers with carbon fiber propellers, which are more rigid and won't bend and warp as easily. The rigidity also translates to a smoother flight, taking some of the shake out of your footage. Plus, there are motor upgrades that will allow the unit to use less battery power while increasing speed and maneuverability.

You can even add First Person View systems that allow you to monitor the flight of your drone as if you were actually manning it yourself. This helps you get a better idea of what the camera will be picking up on, but it's important to keep in mind that the FPV isn't what your GoPro, compact, or DSLR is seeing. Rather, it's a small camera added onto the nose of the craft itself.

Additionally, there are third-party companies that make controllers for the major quadcopter brands. These controllers sometimes offer a better signal range than the stock controller, and they can also reduce interference from outside frequencies that would disrupt your flight.

With the rise in interest of drone flying, safety and privacy issues have become a major concern. On top of knowing your local laws, you may also want to keep up-to-date with the current news regarding the FAA's attempt to ban commercial drone usage.

Banning commercial drone use would basically mean that only hobbyists could use these devices---a huge blow to anyone who wants to implement drones in their professional practice. Wedding photographers, documentarians, and anyone else who needs or wants a unique view of a scene would have to give up the idea that they could sell this as a service to clients or implement it as a tool to make a project stand out.

Federal rules in no-fly zones do apply to drone photography. As a result, some models now come with GPS that can determine when they're near these areas so they can either disable flight or turn back around automatically.

Is Drone Photography for You?

Drone photography and videography can be quite fun and intriguing, but you should consider the cost of the main unit and upgrades and the regulations imposed on flying a quadcopter before splurging on one.

Have you ever used a quadcopter, or have you thought about getting into drone photography? Feel free to leave a comment below. And don't forget that you can also join fellow photographers in the PT community by becoming a subscriber and gaining access to classes, contests, and more.