The 21 Dos and Don'ts of Moon Photography 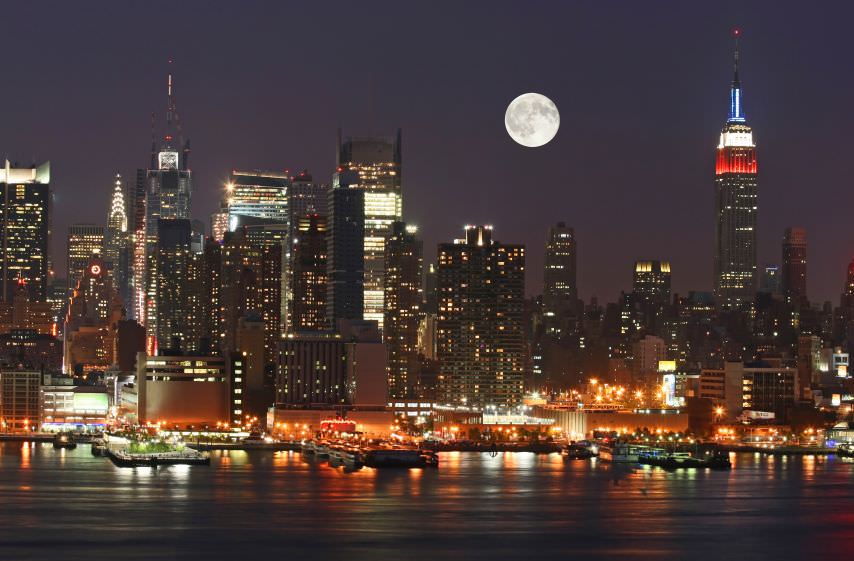 The Moon has always fascinated photographers and filmmakers for a variety of reasons. It can be romantic, spooky, and dramatic or it can be a standalone subject.

With that said, it's not the easiest subject to photograph. We're here to help with these 21 dos and don'ts of photographing the moon.

If you're going to photograph the moon, you might as well know when to do it. There are plenty of smartphone apps and online calculators that will show you the phases of the moon. As a rule of thumb, there are 29.5 days between full moons. The full moon is by far the most photographed stage and apparently it's the easiest, but that's not the case.

Once you think you have the correct exposure, try a few variations around that value. Viewing a photo in the dark, on the camera's LCD screen can make it appear brighter than it actually is.

There probably aren't a lot of photographers who still shoot jpg, at least I hope not. Either way, RAW is the ideal format for shooting the moon and processing the selected images.

Moon photography can bring out some amazing details. The surface of the moon is full of craters and with the right amount of detail, they can look amazing. Images right from the camera don't always have enough detail, so tweaking them a bit in Photoshop or Lightroom will help you get that beautiful, final image you want. 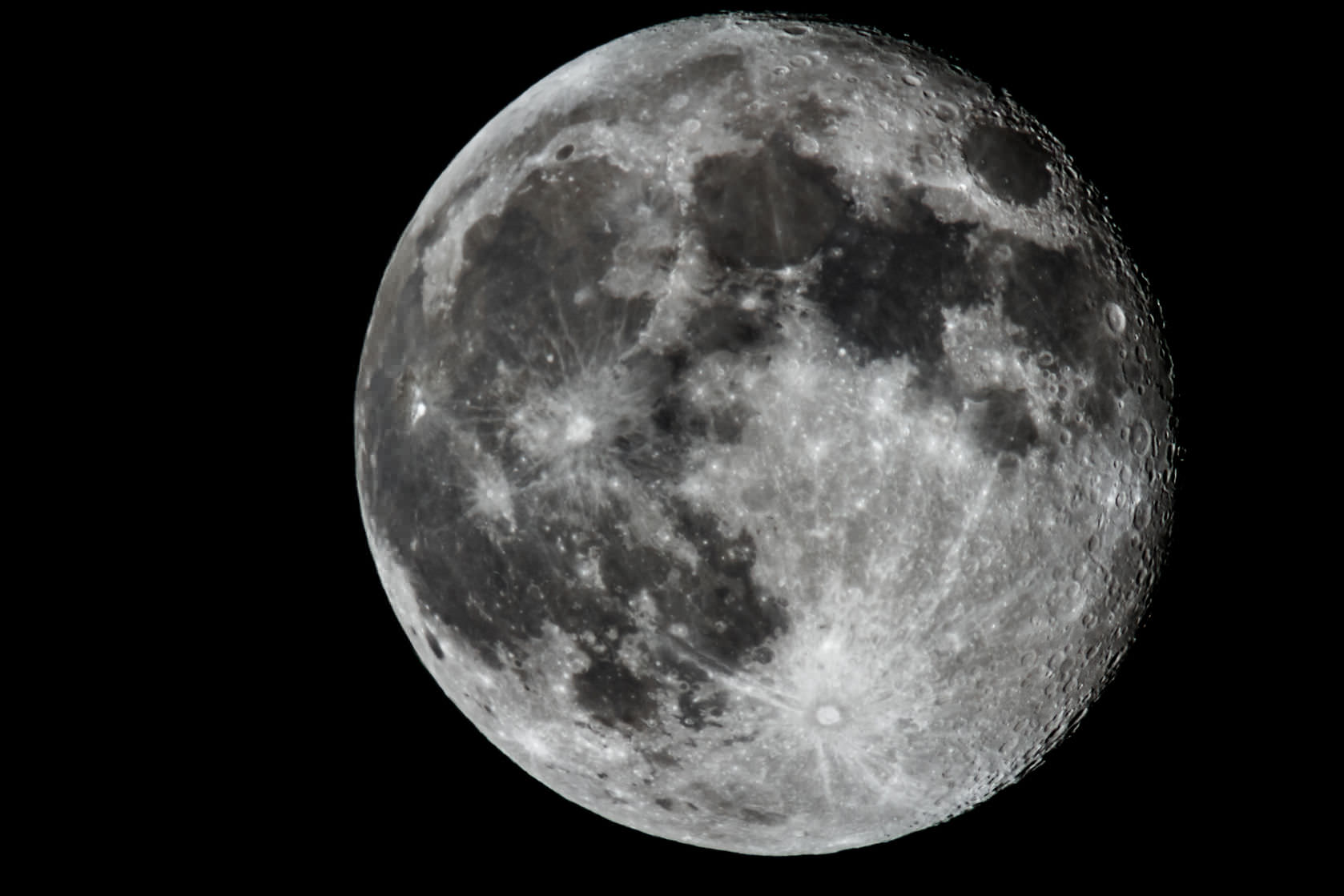 There are two solid reasons for using a tripod. Number one is that you're going to work in low light. Number two is that you will be using a long lens. Your subject is 238,900 miles away and even the slightest camera movement will be visible on the photo. 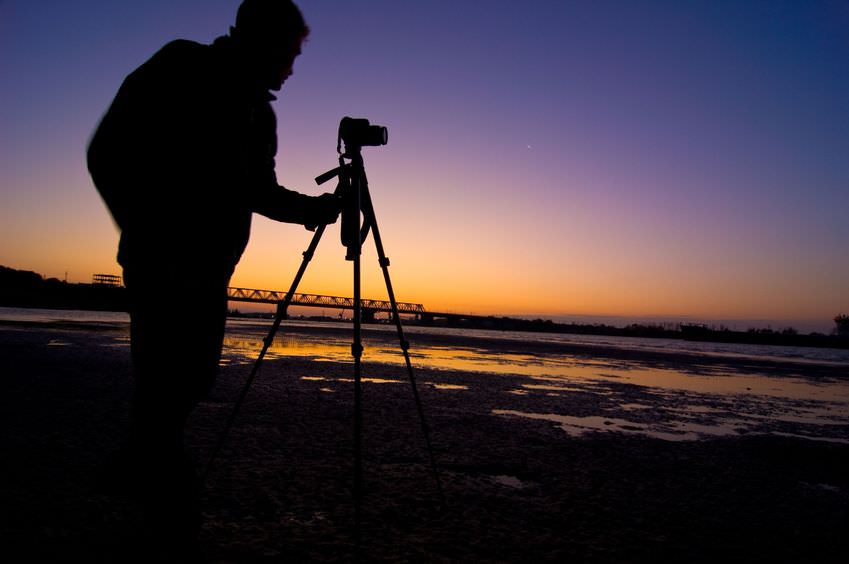 As I've mentioned, you're going to need a long lens. 300mm or longer should be decent.

You've probably heard of the "sunny f16"rule. The Looney 11 is somewhat similar. Set the aperture to f11 and match the shutter speed to the ISO.  So, if you're using an ISO value of 100, select a shutter speed of 1/125s.

To increase your chances of ultra sharp images, use mirror lock-up if your camera allows it. In normal use, when you snap a picture, the mirror in the camera travels up and down again, causing minor vibration that can ultimately affect sharpness. Lock it up to stay safe.

Make your life simpler by focusing manually. You don't want your camera struggling to focus each time you press the shutter button. Focus once, set it to manual and then start shooting.

Chances are you're not going to get awesome moon shots on your first attempt. Don't be discouraged by that. Keep going and photograph the moon constantly because it's the only way to actually increase your success rate.

Stability is essential and that's why you're going to be using a tripod. But to make sure the image is recorded in absolute stable conditions, release the shutter with a remote control or use the camera's self timer.

The automatic setting for white balance works well in most situations, but moon photography is an exception. Relying on it will result in inconsistent results. Experiment by setting the value manually and remember that if you do get it wrong, you can always change it later if you shoot RAW.

2. Don't center the moon in the frame

It might be the most tempting thing when it comes to composition, but placing the moon in the middle of the frame will make the photo look boring. Find another element to place in the frame and put it in balance with the moon. If not, at least try to position the moon so that it doesn't look like the rest of the picture is completely useless.

...that is, unless you want blurry images.

I've heard of photographers using ND filters for photographing the moon. I prefer leaving the leans "clean".  If you're brave enough, you can even take off your UV for optimum results. The absence of filters will minimize chances of distortion or vignetting.

5. Don't turn on the stabilizing systems

Most lenses in use today have a stabilizing system which can be very effective in some situations. But these situations are dynamic and don't involve the camera sitting on a tripod . In this case, the image stabilizing systems will most likely cause damage to the sharpness.

The moon looks great at night, but it also does just before it sets or after it rises.  When it's near the horizon line, it will appear larger in photographs.  Also, photographing the moon while there is still some available light gives you a great chance to include foreground elements in the frame. 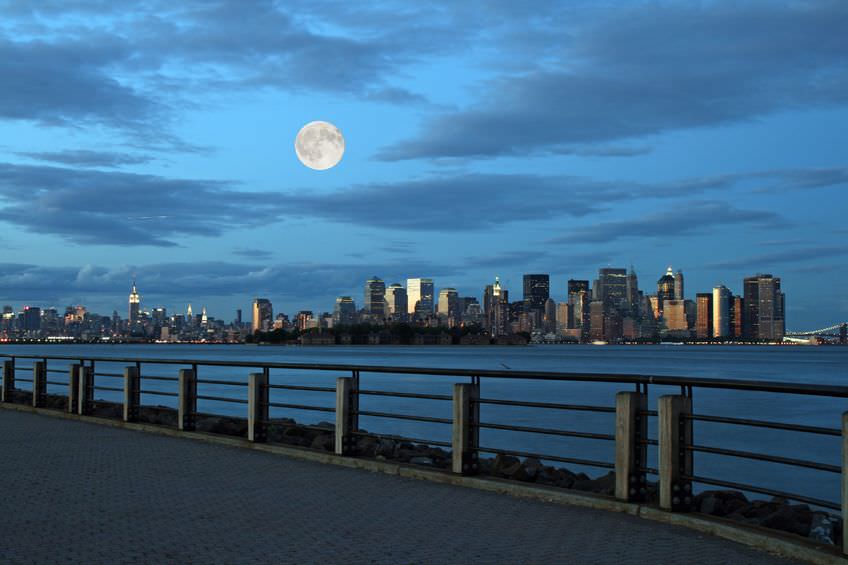 7. Don't settle for one shot

You might get overexcited after you get a cool shot, but that doesn't mean you're ready to pack and go home. Try different compositions and experiment with settings.

Don't let your camera handle the exposure because the light reflecting of the moon will cause it to make errors. Also, lighting conditions may change from one hour to another.  Take full control of exposure and adjust the settings according to the conditions.

9. Don't process too much

Once you find yourself in front of your computer screen, try not to overdo things. You'll quickly realize if you have a good shot or not. If that's not the case, don't try to compensate by abusing Photoshop because you can't turn a bad picture into a good one by post processing.

Some photographers stay indoors if they see a cloudy sky. But cloudy skies can produce some of the most impressive moon photos when they open up briefly and expose it. These windows of opportunity last only a few minutes and they often require waiting an hour or more. The final result however is definitely worth it. 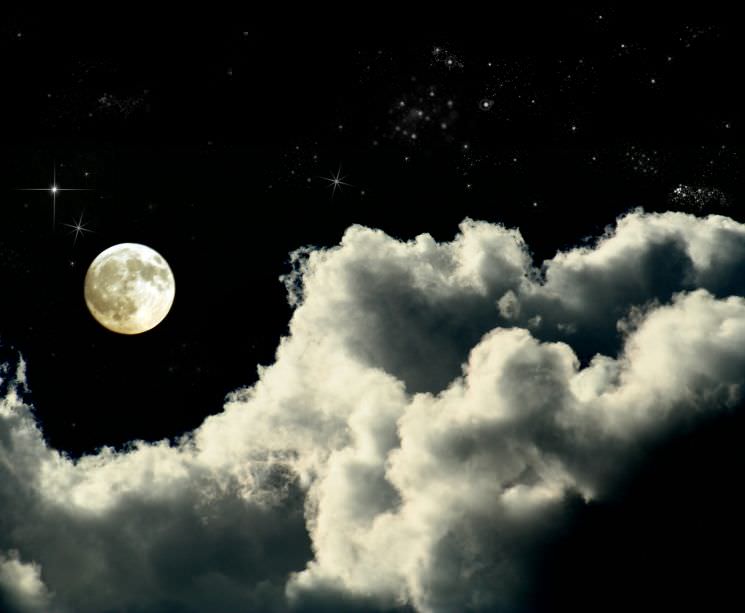 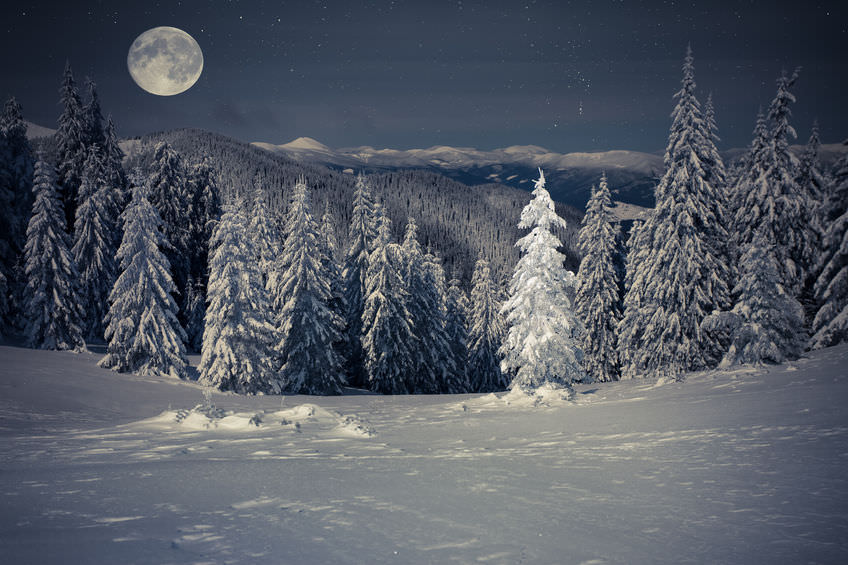 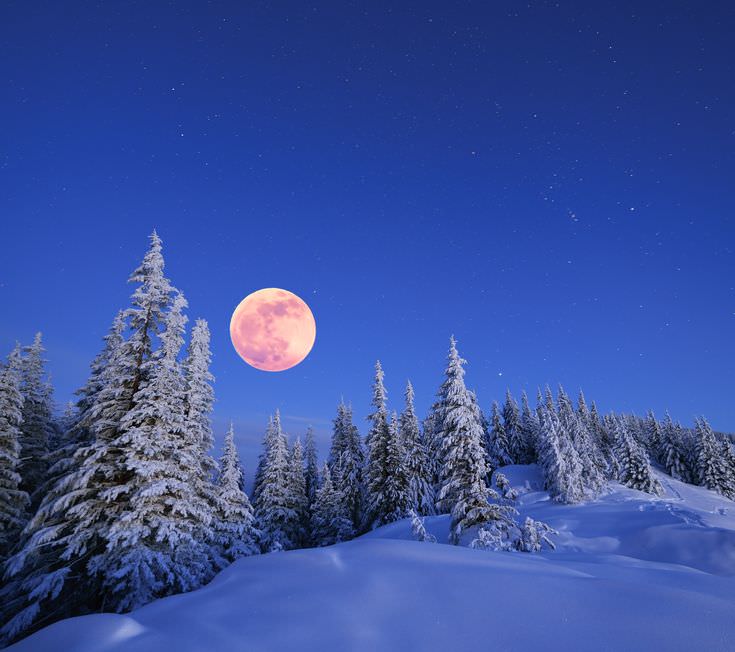 Find more valuable advice on moon photography in these books:
Super Moon Photography :How to Shoot and Photograph all moon phases
The Moon
How to Photograph the Moon and Planets with Your Digital Camera