Photographer Turns His Dog into Funny Animals Every Holiday Season 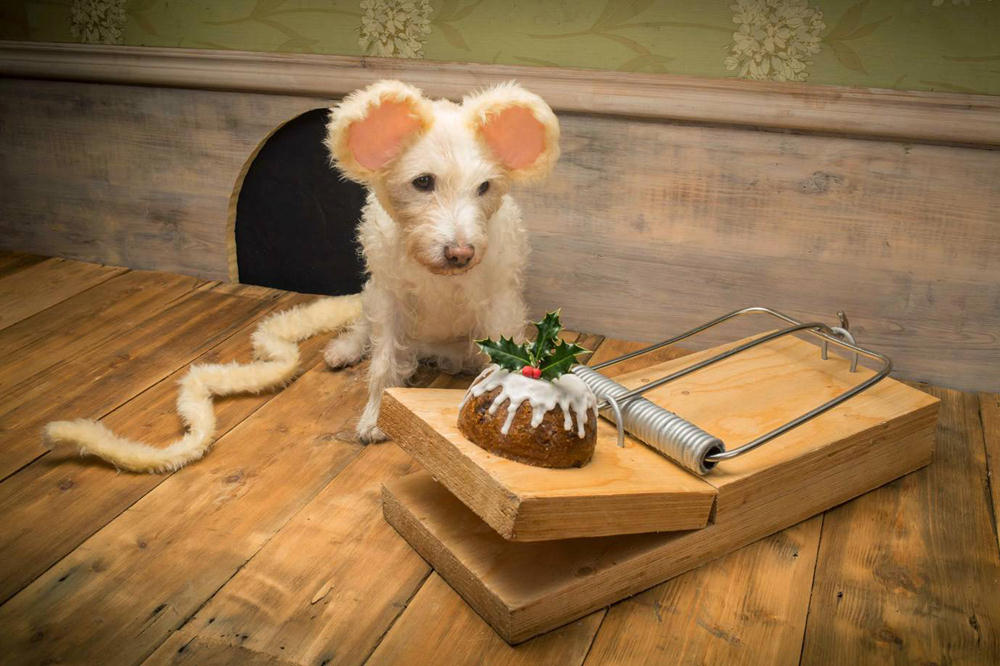 It is a common, not to mention a beneficial habit for photographers to send promo Christmas cards to their clients every year. Many photographers shoot a nice winter landscape while others set up a nice Christmas tree complete with gifts under and decorations. 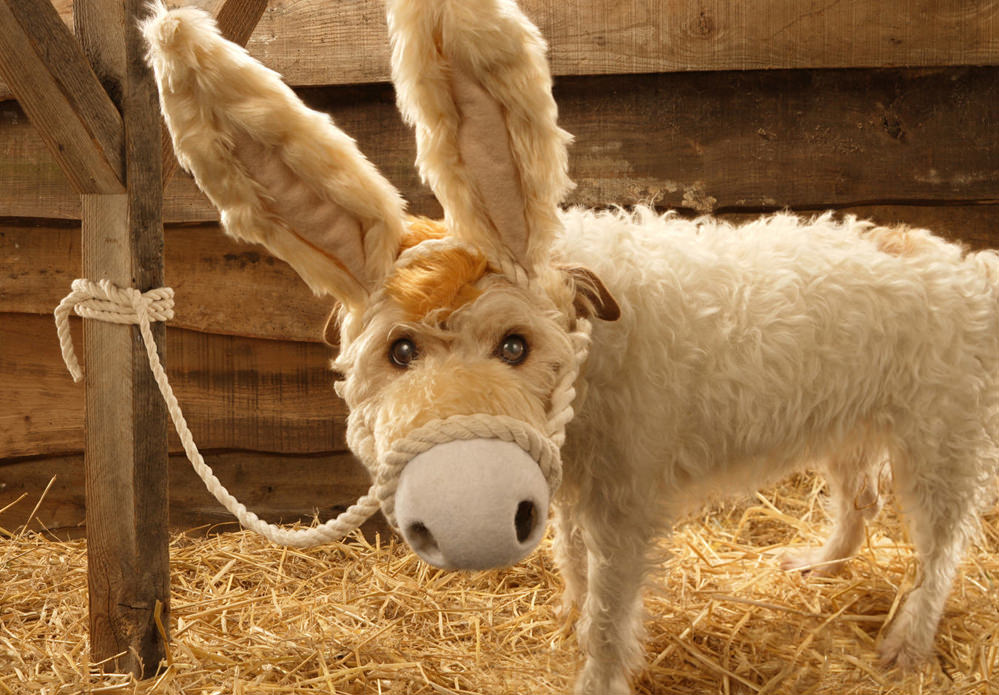 Well, we found one photographer whose Christmas cards will make you see the entire concept differently.

English photographer Peter Thorpe, based in Bristol, has been photographing his dog for 20 years and sending him as a holiday card. If you think there is nothing spectacular about that, then you should know that Peter dresses his dog as a different animal each year. The results are truly heartwarming and since he's been doing it for so long, it has become a family tradition.

But probably the most interesting part about Peter's photos is that he chose to create them traditionally rather than using high end Photoshop techniques. In other words, the dog is a genuine model with make-up and outfits. 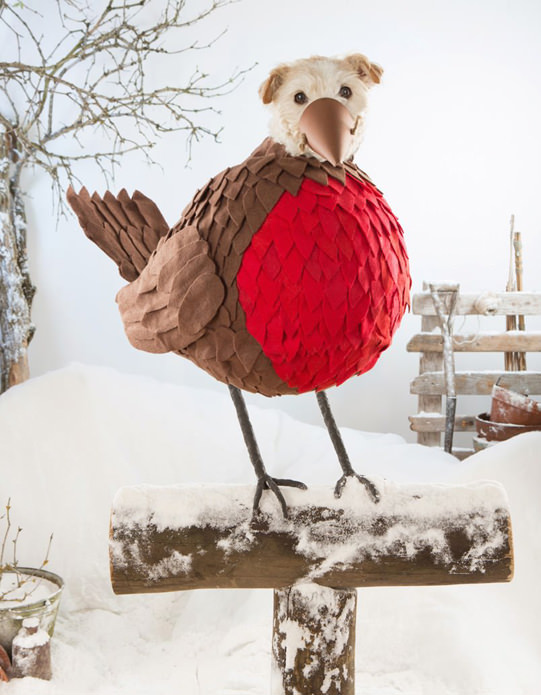 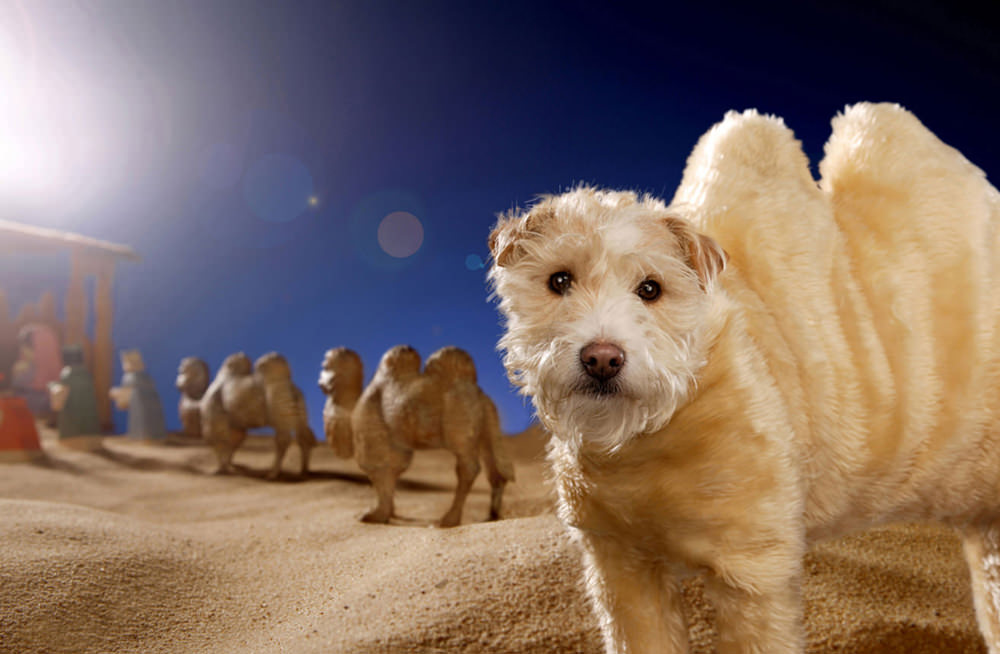 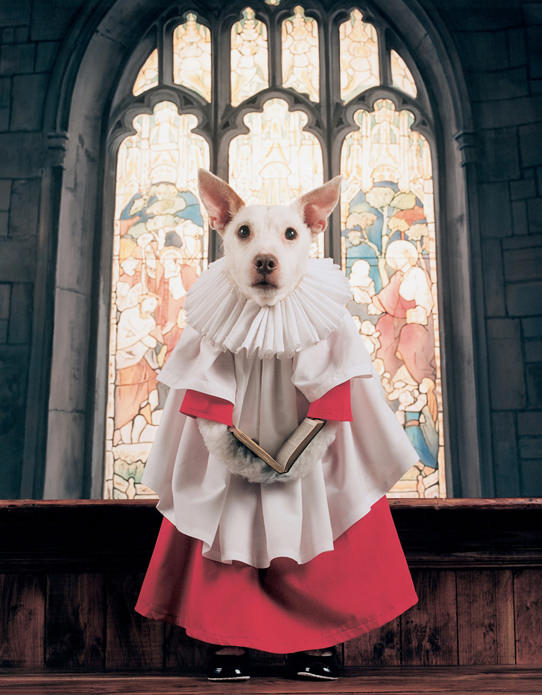 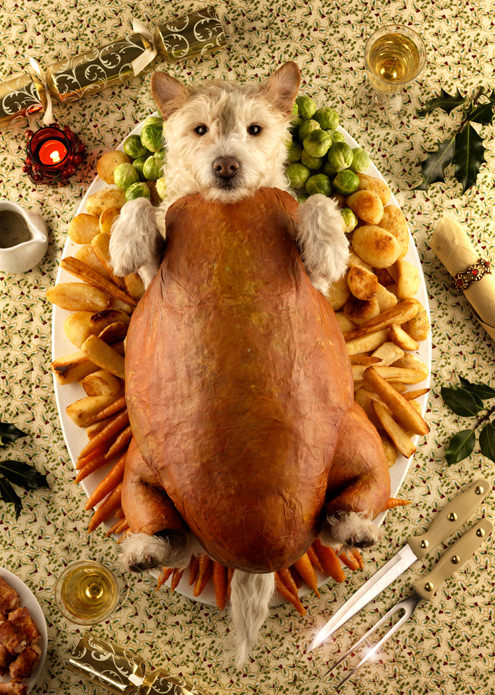 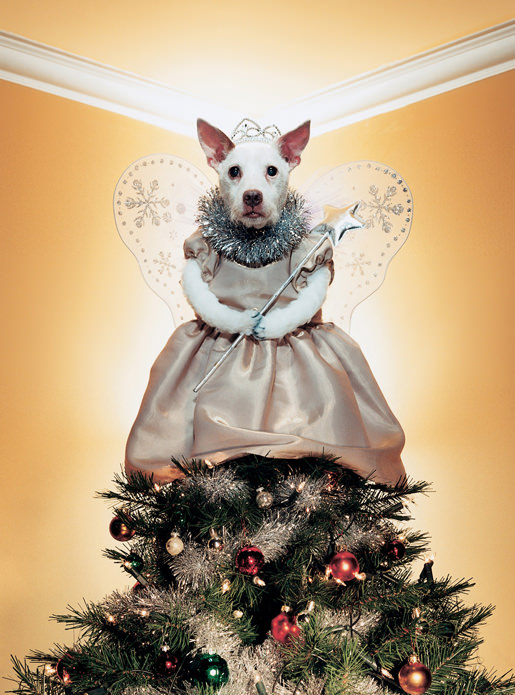 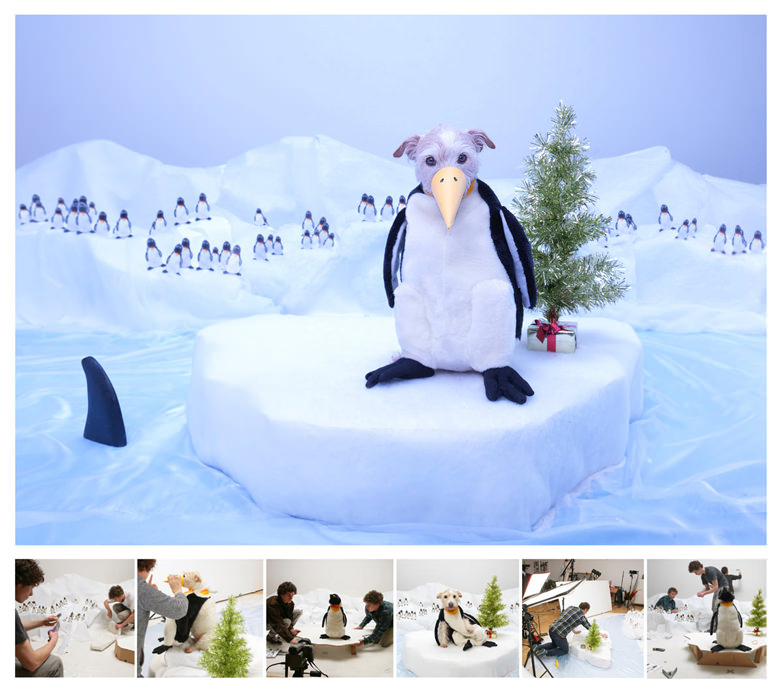 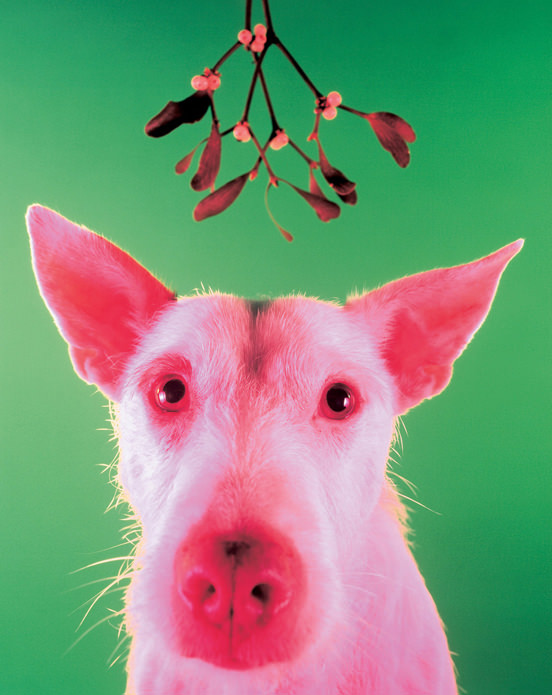 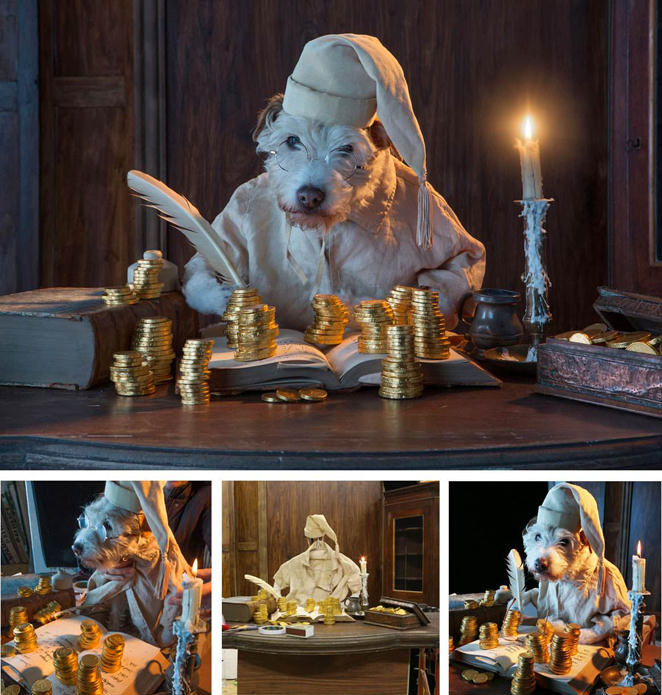 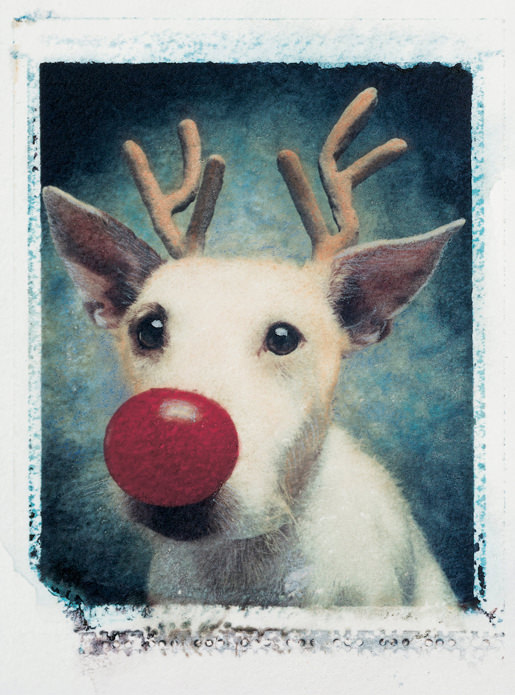 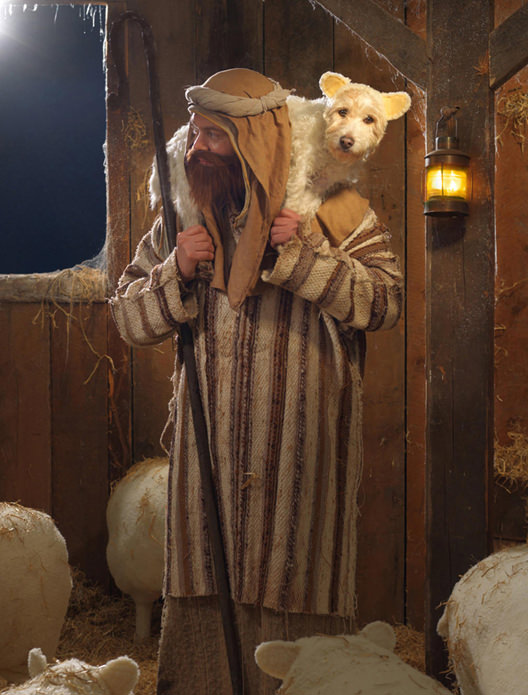 So here is Peter Thorpe's way of saying Merry Christmas!

To get an idea of how Peter put these eleborate shots together, here are some behind the curtain shots that show how these creative images were staged up. 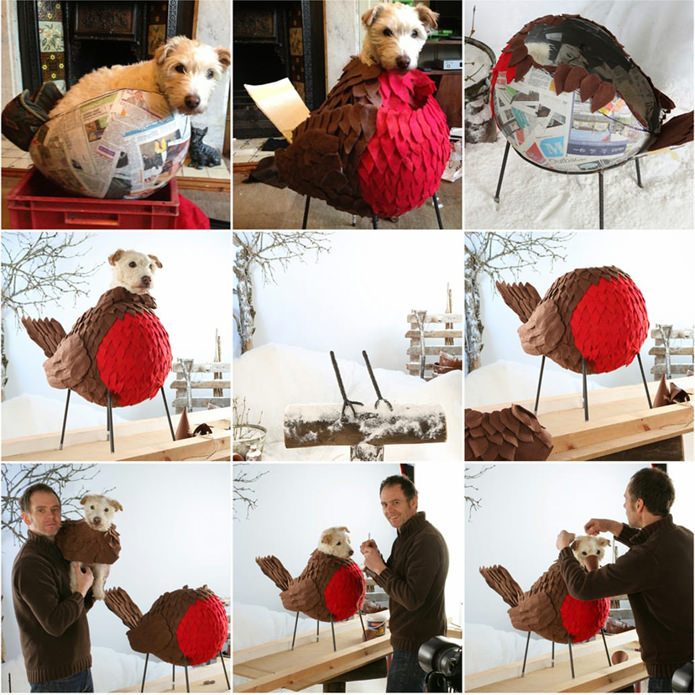 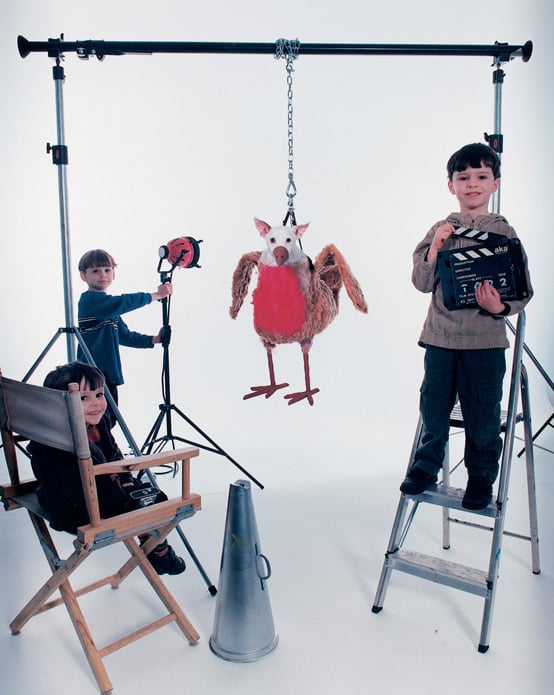