Canon Rumors: New 5Ds with 50 megapixel sensor to be launched! 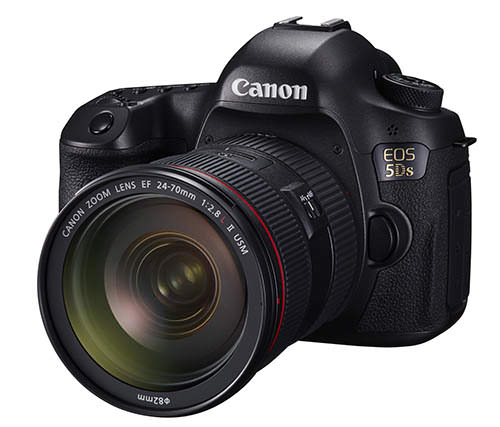 If you love Canon's 5D series, you're in for a treat. In case you haven't already heard, it looks like the family is about to get bigger. The rumored new camera is going to be called 5Ds, according to the Japanese camera site digicam-info, and it's going to have a 50 megapixel sensor. It looks like there's also going to be a Canon 5DR version, one with no low-pass filter.

It might be a little early to anticipate the effects of this camera, but it could be a game changer. The megapixel war that went on for a few years, not too long ago, had come to a point where it just wasn't interesting to announce crazy resolutions anymore. Part of that competition seems to be back now, but it no longer looks like a battle between camera manufacturers to put the most megapixels into a camera, but rather a fight between formats. Canon, Nikon and Sony are clearly looking to compete with medium format cameras, and while it's unsure how much of that market segment they will win, it's a good thing that high resolutions such as this will be available for a quarter of the money.

The new 5Ds will supposedly have an ISO range between 100 and 6400. It's a little bit different from what we're used to seeing in recent cameras, but it's totally understandable. Part of the rumors are saying the color filter array will produce a much better color accuracy than anything Canon currently have on the market , and that is the reason behind the ISO range limitation.

The camera is said to have two crop modes: 1.3x and 1.6x. It could be a useful feature for photographers who don't need to shoot at 50.6 MP all the time and can live with using only part of the sensor. But that again, probably the main selling point of this camera will be its high resolution.

In terms of build quality, the 5Ds looks like it's going to have a weather sealed magnesium body, pretty much like the current 5D MK III.

The official announcement should be made this week, so stay tuned!