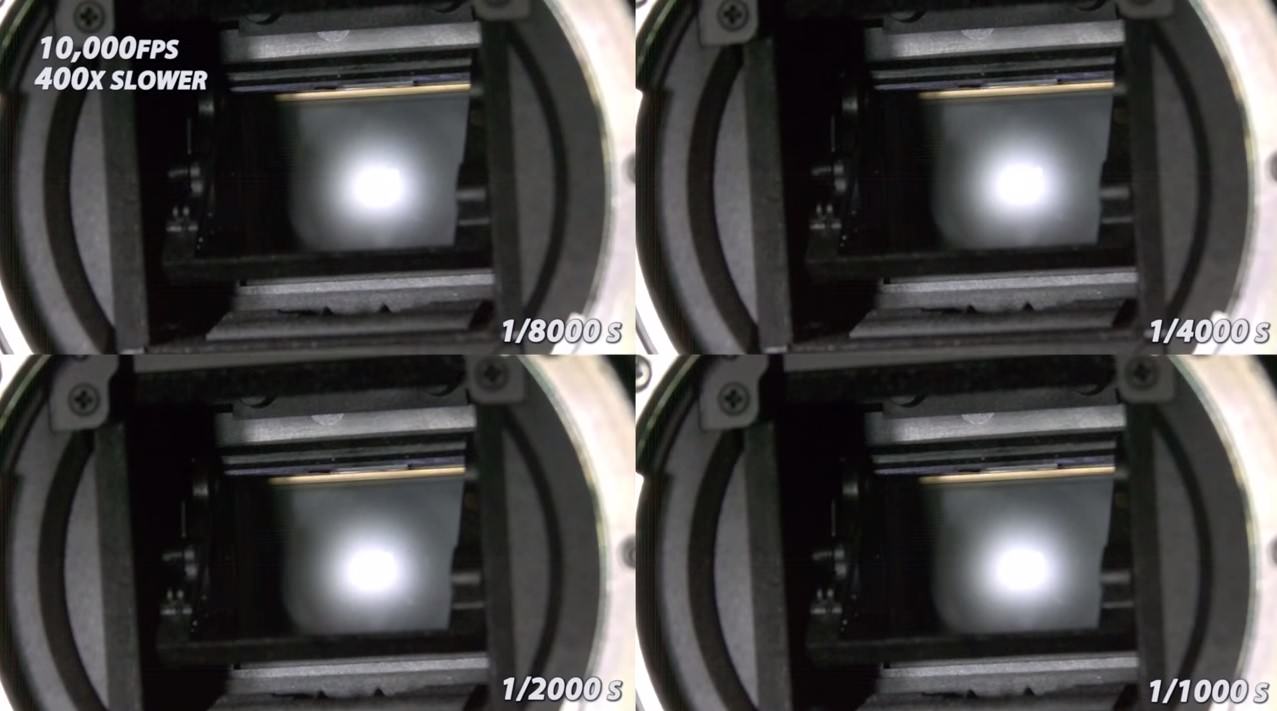 (Via The Slow Mo Guys)

There are basically two types of shutters in digital cameras: digital shutters and mechanical shutters. The later are the most common and they equip all DSLRs and many mirrorless cameras. The working principle of the camera shutter has been the same for many years. It opens and closes at different speeds to allow more or less light on the image sensor. In DSLRs, there is a mirror in front of the shutter that is retracted just before the exposure. That mirror is there for us to see exactly what the lens sees.

The shutter opens and closes at speeds that are usually faster than our blinking eye. So a camera set to expose at 1/8000th of a second is something that your eyes and brain can't really record.

The Slow Mo Guys decided to show everyone how the inside of a camera works. So they filmed it at an astonishing 10,000 frames per second. The camera they used to shoot this footage is the Phantom Flex. If you look at the shutter going off with the naked eye, you're probably not going to see much difference between 1/1000th and 1/8000th. Now you have the chance to see it exactly as it happens. 1/8000th looks really cool if you ask me.

I know that just about anything looks good when filmed in slow motion, but something as close to our hearts as our cameras is just delicious to watch.

By the way, the still camera used in the video is a Canon 7D, but as I've said before, all DSLRs work pretty much the same.

Here's the video. Sit back and enjoy!