Photography Tip—How To Tell More Compelling Stories with Your Pictures 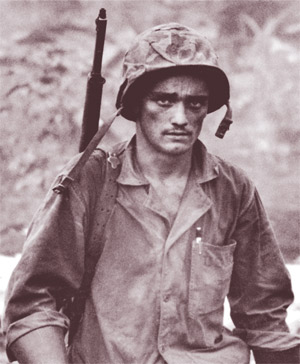 It’s easy to say that a picture is worth a thousand words or every picture tells a story. It’s the pictures, or digital photos, you take that tell the stories you intended or directed, much like a motion picture director, that are the most compelling and interesting, and strongly connect with the viewers of your digital photography.

Occasionally, you’ll photograph a scene, an event, an individual or a group of people and the images will convey a deep and meaningful story. That’s great and you were lucky. Your growth as a digital photographer, however, depends on developing the skills to control the pictures you take, so the stories that are always there are communicated in new ways and reveal more about the people and places than a standard snapshot or candid photo. You want your digital photos to tell such good stories that you are, in effect, controlling the minds of the viewers. You’re almost directing how they should feel and react and how strong of a memory you are imprinting in their brains. Heady stuff! It’s the difference, however, between the hobbyist and serious photographer.

Any kind of digital photography—portraits, pets, travel, nature, sports, etc.—can tell a story. Photojournalists must tell stories with their pictures to keep their jobs. They typically shoot pictures of events, as they are happening, which is why many of them have taken some of the most important, awarded and well-known photos of all time. Photojournalists will tell you that shooting the event is not that difficult. The creative challenge for them is to know how to use the standard components of any good storytelling—Mood, Emotion, Narrative, Idea and Message—to make those photos jump from the newspaper or magazine page into the minds of viewers. Telling better stories with your digital photos has more to do with structure than any photographic tips or techniques.

Learn how to apply the following five components of storytelling structure and you’ll find yourself creating photographs at an entirely new level.

Mood
Mood is often established by the relationship of the primary subject to his, her or its surroundings: the background, the foreground, other objects, etc. The more you integrate them into a whole or suggest one couldn’t exist without the others, the more heft you’re giving your story.

Emotion
Emotion can be shared, as in understanding a painful expression on the subject’s face that you’ve also experienced. Emotion can also be evoked or produced with a digital photo filled with dramatic expression, such as the actions of the subject, shadowy images or an approaching lightning storm.

Narration
Unlike motion pictures, your digital photos are events frozen in time without sound, dialogue or narration. You must create narration, but without words. When you do so successfully, viewers are able to determine what action or image was occurring prior to the picture you took. In a sense, you have expanded the timeframe of your picture beyond its frozen moment in time.

Generally, this is accomplished by including or excluding elements from your picture. For example, you have composed a picture of someone tossing a ball; however, the more compelling story-telling image may be of the ball outside the top of the photo and the person looking at it, so his or her sight line is off frame. The absence of the ball is virtually meaningless without the person looking at it. Viewers don’t know at what the subject is looking, but they know something has occurred or will.

Idea
The idea of your digital photos is the story you want to tell. Like a motion picture director, you want a plan, an idea in mind of the composition of your photo and the exposure, lighting, focus and other techniques you might use, and how all those techniques will help you tell the story.

Message
The message component is similar to narration. While narration often suggests the actions that occurred before the moment of the photo, the message may reveal clues about what will happen next. Your idea for your story-telling picture often dictates the message. Your plan of what photographic techniques you’ll use to create that idea in the picture and on viewers’ minds will send a specific message. How you control and manipulate those techniques will affect your message. When you’re able to take digital photos with an open-ended message, allowing viewers to fill in the gaps you’ve left for them, you’ve taken a big step forward as a photographer, and one that can tell wonderful stories.