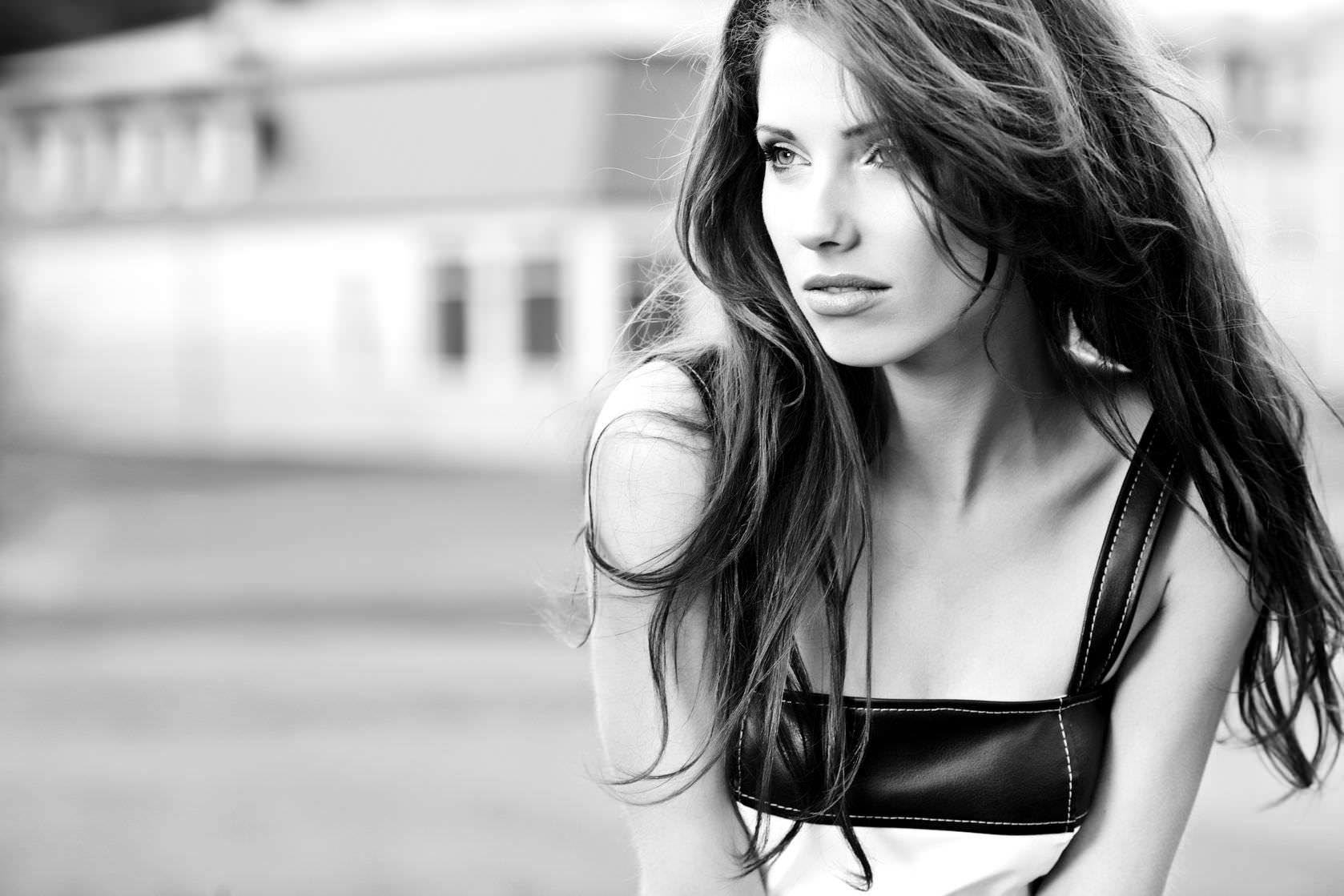 Taking portraits of people you know can be challenging enough but think about how hard it is for some photographers to go out and photograph complete strangers. It's definitely not the easiest thing you're going to try, so that's why we've prepared this quick guide to make photographing strangers all over the world easier.

1. Deal with the fear

It's totally natural to feel fear when you're about to take a candid portrait of someone or even more, go up to them and ask them for approval. You don't know what kind of people they are, how they're going to react and what possible dangers you might face. The important thing is to turn your fears in your favor. 90% of times you have no real reason to feel in physical danger. Yes, you will be turned down occasionally, and you might even get shouted at, but that's about as worse as it gets in most places. Obviously I'm not talking about photographing strangers in places that are known for violence. Bad neighborhoods, developing countries with high crime rates, war zones and other similar locations should not be approached by any amateur, at least not without a local guide.

But for normal situations, the fear will go away as soon as you start acting on it. The first few attempts will be the hardest. After that, you'll get the hang of it and going up to someone and taking their picture will become second nature, which is ultimately your goal. 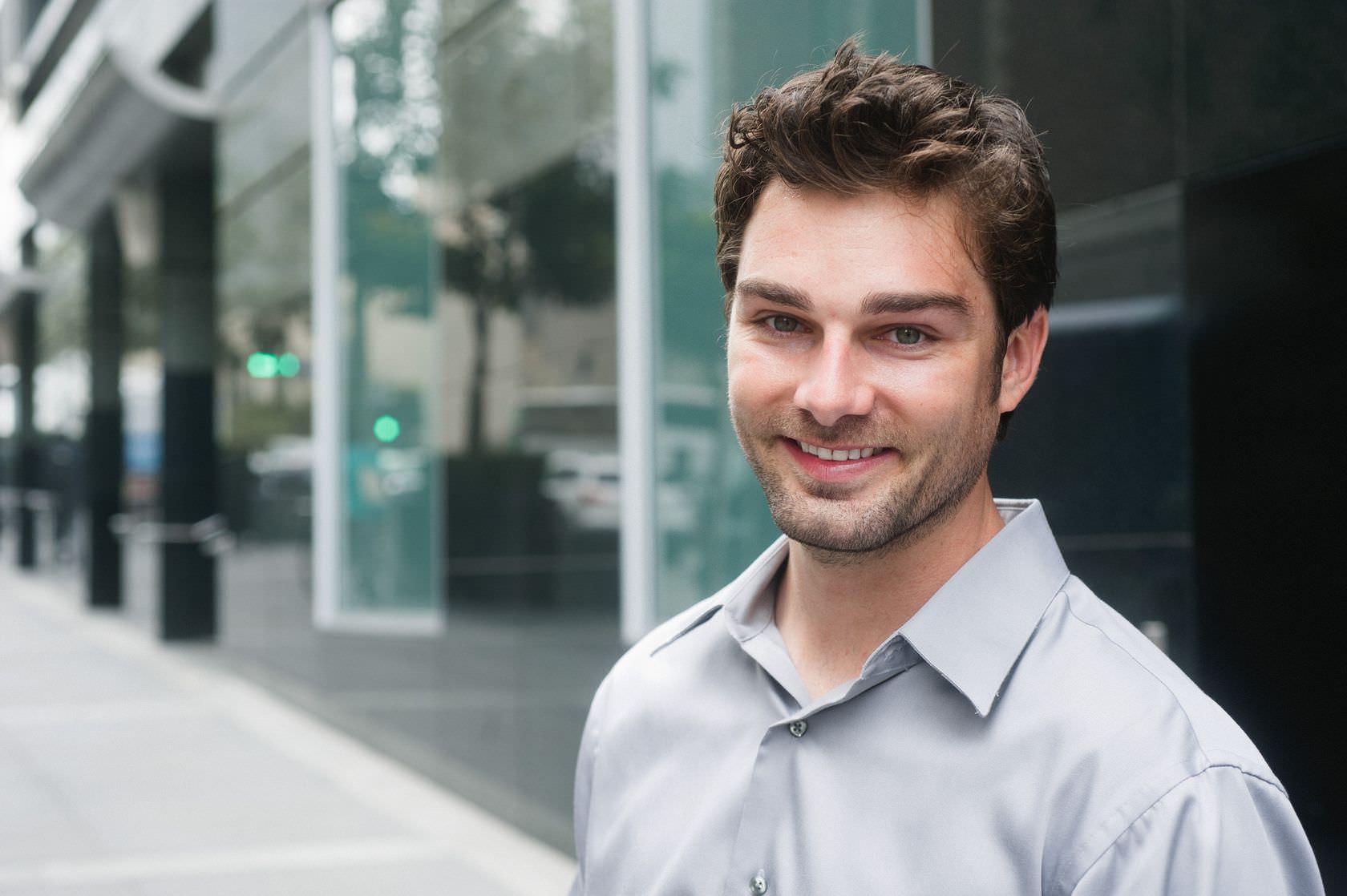 This might not be obvious to you, but most people don't mind being photographed, while others downright love it. Everybody likes to get noticed, everybody enjoys a little attention now and then. In most cases, when people see you pulling a camera out of your bag, they secretly and often unknowingly want their picture to be taken. The odds are in your favor, you just have to be aware of that.

(Success Tip #1: Take portraits of people anywhere and turn them into profits)

This is probably the most important part when photographing strangers. The way you approach someone will determine the outcome: a nice portrait or a refusal which in extreme cases could be nasty. First and foremost, focus on non-verbal communication. What your body is saying is the first thing they'll notice. Being scared doesn't help because it causes your muscles to contract and that puts your body in tension, which is not something you want. Yes, I know you can't help feeling nervous, but you're going to have to do your best to hide it. Being uptight could be perceived as a sign of aggression. Try to be as calm as possible and to approach your subject with a relaxed body. Take a few deep breaths before you start talking.

The actual dialogue should always be in a friendly tone. Start by introducing yourself and telling the person what you want from them and why you want to take their portrait. Don't just settle for "can I take your picture?" That sounds a little suspicious and it usually leads to a series of questions. You might come across people who are friendlier than your average stranger, but those are most likely exceptions. Present yourself and your goals and ask the person politely. If you get permission, snap those shots quickly and thank them. If not, thank them anyway and walk away. Try to avoid having hard feelings. There are plenty of other interesting people you can photograph.

Photographing people on busy streets is far from easy, especially if you want to take candid portraits. Always have an eye out for what's going on around you and more importantly have your camera ready. I recommend holding it in one hand instead of having it around your neck. It will be less obvious and quicker to reach. As soon as you see someone you want to take a shot of getting closer, be prepared to press the shutter release. Most of the times you only get one shot.

5. Be careful with the background

Some photographers say the background is the second subject when it comes to a street portraits and I tend to agree. A good looking background will add weight to the picture, while a dull background will turn your portrait into an average one. Look for brick walls, metal doors or whatever catches your eye. If you're shooting a staged portrait, it's easier to place the subject where you want it. If you're doing candid work, it's best to wait near the background for an interesting subject. Remember, it's the second most important element in the frame. 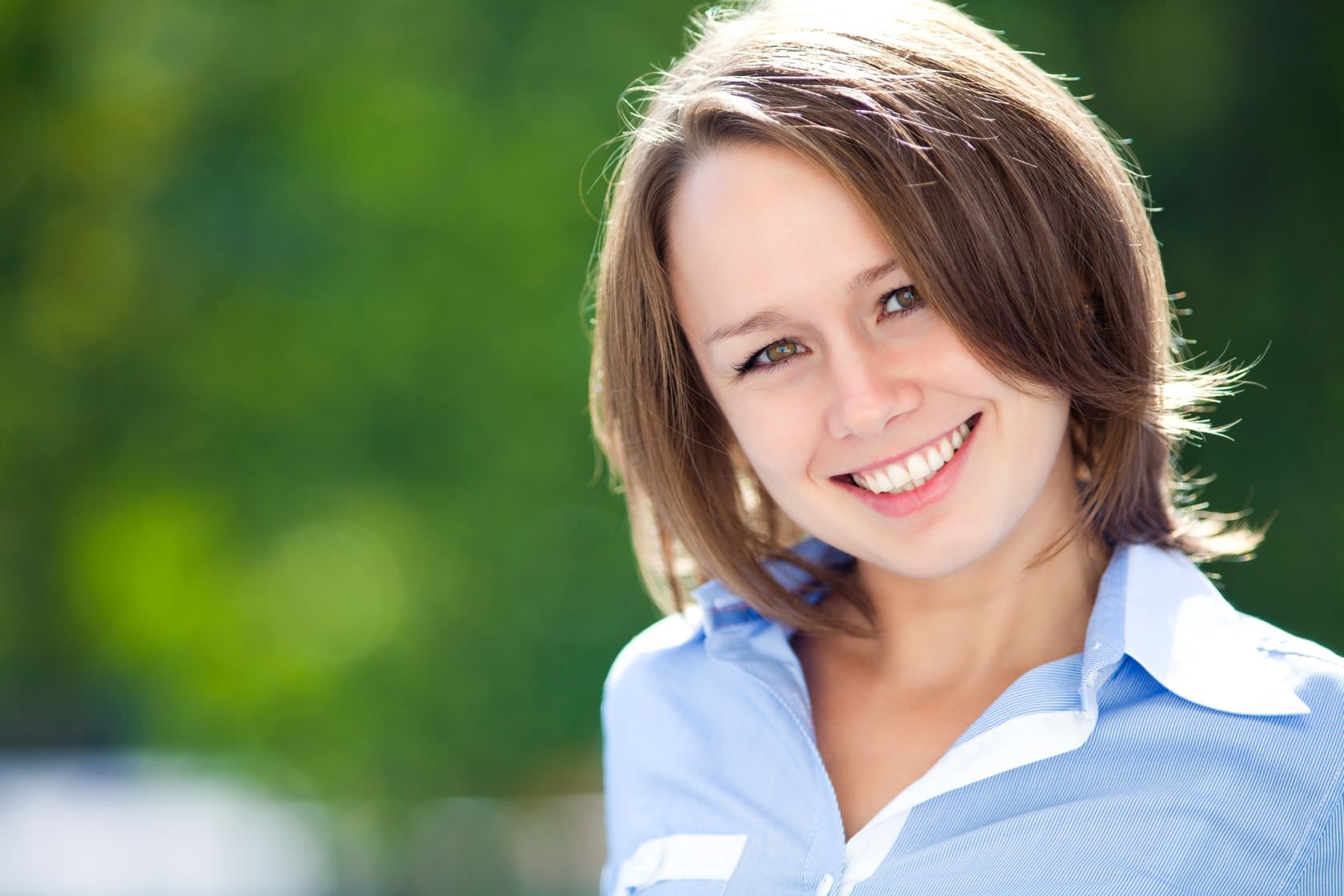 There's no better example than Brandon Stanton's work for Humans of New York when it comes to getting the subject to reveal emotions. It all comes down to what I mentioned earlier, being friendly and open and having a polite conversation. A lot of people will open up if you ask the right questions and if they feel you have a genuine interest in their story. After you get your subject to tell their story, work on capturing expressions, but do it in a subtle way, without distracting the subject from telling the story.

Working on the street shooting portraits, be they candid or staged, is best done with small cameras in my opinion. If you want to get away with awesome shots without being noticed, you just can't do it with a D810 or a 5D MKIII unless you shoot from a mile away, which is not really my style. Second, a smaller camera will be less intrusive when taking staged portraits. It's easy for a non professional model to become intimidated at the sight of a 24-70mm f/2.8 lens. Go for something smaller. The quality is there in cameras like the Fuji X100T and the Sony RX100 IV.

People are good at spotting a fraud, so my advice is to use an honest approach. Don't lie about who you are or what you're doing to make it more interesting or believable. Be open and straightforward. If you get refused, just move on to the next person. Believe me, your authenticity will be highly appreciated.

I strongly advise all photographers who take street portraits to work on projects. Don't just randomly snap pictures of people in the street. Have a purpose, look for something different and be constant. A project will discipline you and it will keep you going in those days when you feel less than inspired.

I try to have a camera with me as much as possible, but karma isn't always on my side and some of the best photo opportunities arise when all I have is my phone. Which to be honest is good enough. The cameras they put in phones these days are almost as good as high end compacts or entry level DSLRs. There's no sense in not using them. Use your iPhone or Android device whenever you feel like there's something worth shooting, and this goes for all kinds of pictures, not just portraits. 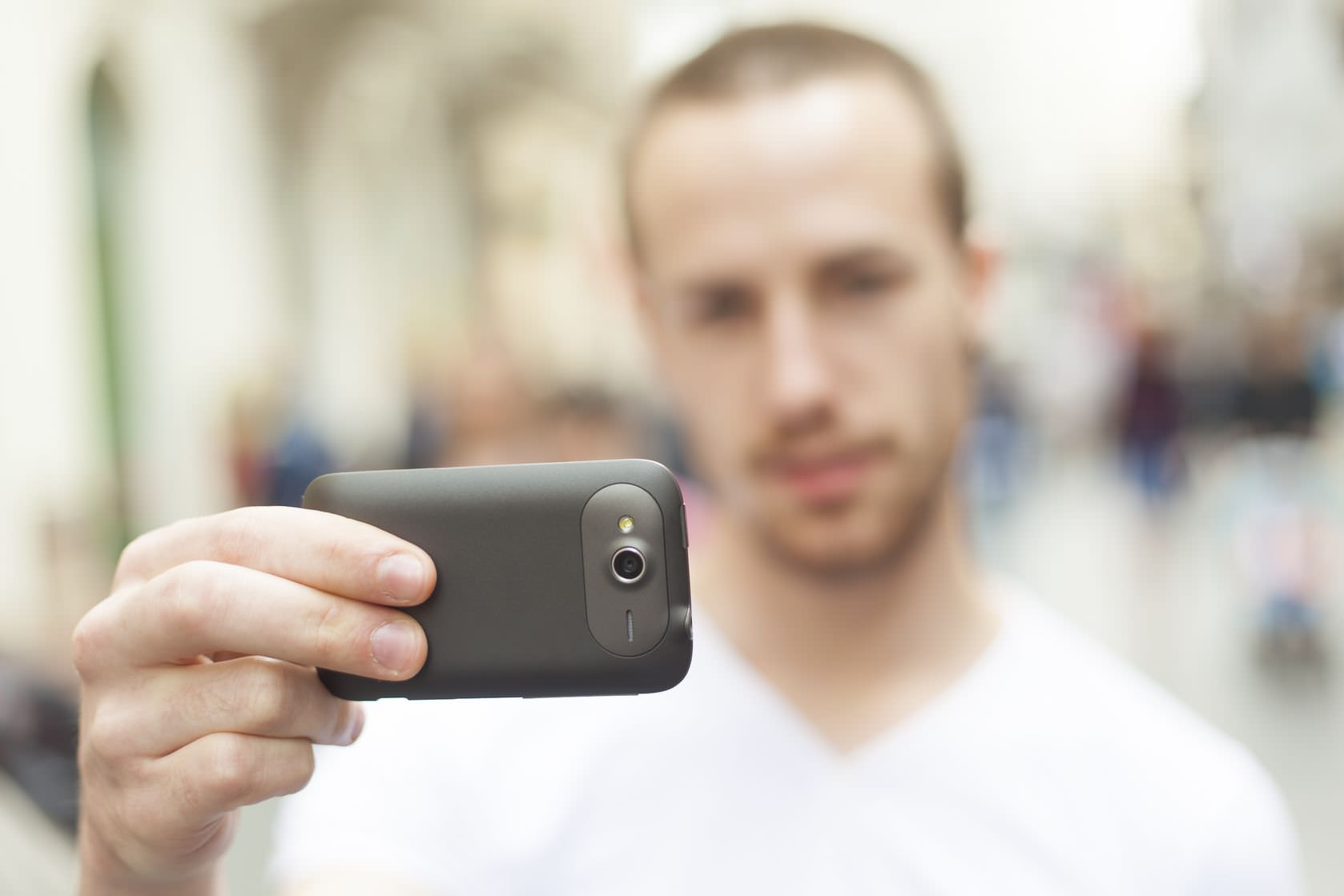 11. Have a business card

A lot of the people you photograph will want to see their photo somewhere. If you're working on a project, my advice is to have a special business card designed for that project, with contact details and links to the project's Facebook page or website. This will open a lot of doors as it will give you credibility. It might also lead to paid assignments as you never know who's going to view your work.

Finally, as a bonus tip, enjoy it! Taking portraits of strangers can be one of the most enjoyable and enriching experiences you will have as a photographer. Get passed your fears, let go of your phone for a while and go live a little!

Learn more about taking portraits from these recommended books: