The Canon EOS Rebel lineup is loved by all Canon photographers. Many pros started their careers with these capable small cameras and many still use them as second cameras. The new flagship, the T5i, looks to be built using the same principles that made the series so popular. Check out our seven reasons why this little camera is a must have for amateurs and enthusiasts. Canon T6 is also a similar camera which can be carried around easily due to its small size with 18 megapixels sensor.

The camera's heart is an 18 megapixel APS-C sensor that produces impeccable image quality. The technology behind it is pretty much the same used by pro Canon cameras, with increased light-gathering efficiency. The resolution is high enough to allow for cropping and making large prints.  See full specs and photos of camera here.

One of the best things about the T5i is that it makes a great walk-around camera. It's a small camera, but it's still a fully capable DSLR that will take any Canon EOS lens. It won't kill your arm or neck if you have to use it for a few hours and it won't sound the public alarm when you take it out of the bag. 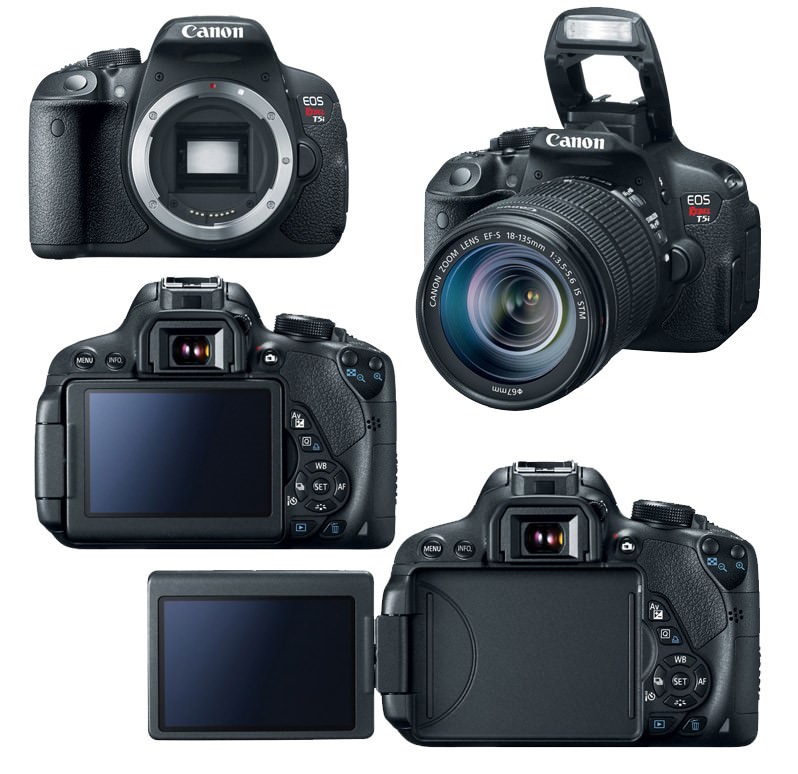 Great image quality is not just the result of the image sensor, but also the image processor. The Digic 5 teams up with the sensor to produce incredible sharpness and a wide tonal range.

The 14 bit conversion from analog to digital allows the Rebel T5i to capture realistic images. By recording 16,384 colors per channel, this little camera preserves details in skies and water, something that is a challenge for many higher class cameras.

If you look at the specs, seeing only 9 AF points might disappoint you. But all of the AF points are cross-type and one of them is a high precision dual-cross f/2.8 center point. That means the T5i will focus quickly and accurately no matter how you hold it. The AI Servo AF maintains consistent focus and the Hybrid CMOS AF allows for great AF in live view mode, for both stills and video.

The idea of carrying a tripod everywhere is not very fun but it will certainly cost you in most cases. The T5i however will let you get away with not having a tripod, thanks to its ingenious handheld night scene mode. It works by taking and combining four consecutive shots taken at shutter speeds fast enough to avoid camera shake. It basically makes shooting at night possible without other tools for stabilization.

The T5i is one of those cameras that are just great value for the money. It might not have all the features of a professional camera, but it costs less than half and in the right hands, it's perfectly capable of producing similar results. For that and all the reasons above we highly recommend the Canon Rebel T5i.

Check out the full specs of the Canon Rebel T5i here.