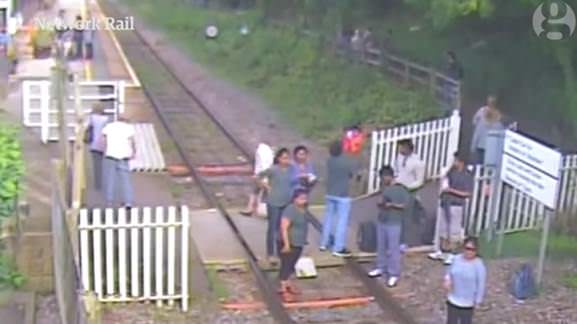 The popularity of the train track selfie is on the rise, and it’s endangering the lives of people the world over. Parents are encouraging their children to sit down on railroad tracks, large groups of people are texting, chatting, and snapping pictures in the middle of a rail crossing, and young people are snapping selfies and primping their hair on a track that carries commuter train traffic.

What seems like madness is actually quite common, with more and more reports of train track selfies occurring each day.

The problem is so bad that people in the United Kingdom got a stern warning this week from rail operator Network Rail after a spate of train track selfie incidents occurred in just one day at a single crossing.

CCTV footage captured eight separate incidents of people posing for pictures at a crossing in rural Derbyshire. The photo takers ranged from individuals taking selfies to entire families – children included – hovering on or near the tracks for minutes at a time. 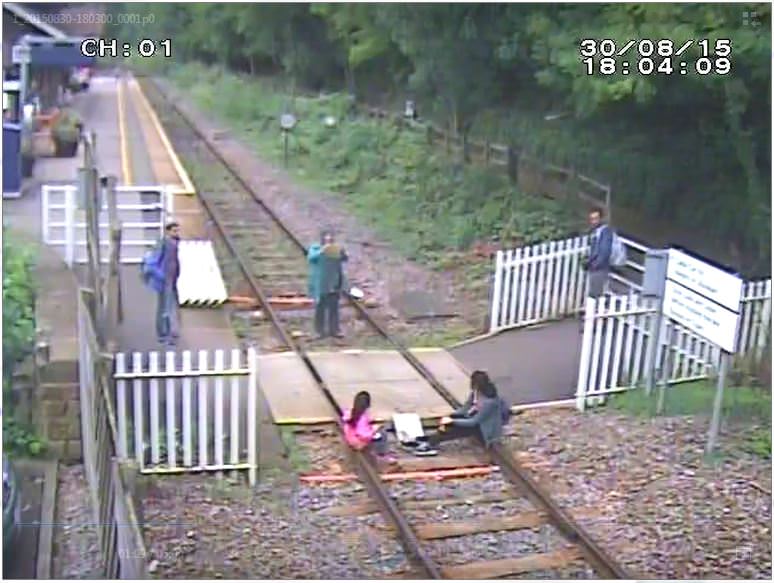 In one incident, a parent took a picture of her two children, both of whom were seated on the rails. In another egregious event, a group of about 10 people, including a toddler, took multiple photos of one another and at times all appear to be looking in the same direction, with no one thinking to have a set of eyes on the tracks behind them.

While the setting of the train tracks is indeed picturesque, the risks people are taking to get a photograph certainly outweigh the rewards.

Network Rail’s operations risk advisor, Martin Brown, implored people to remember that the railroad is not a playground.

“Trains can come from either direction at any time and being distracted by chatting, texting or taking photographs while using the crossing significantly increases the risk of an incident,” he stated. 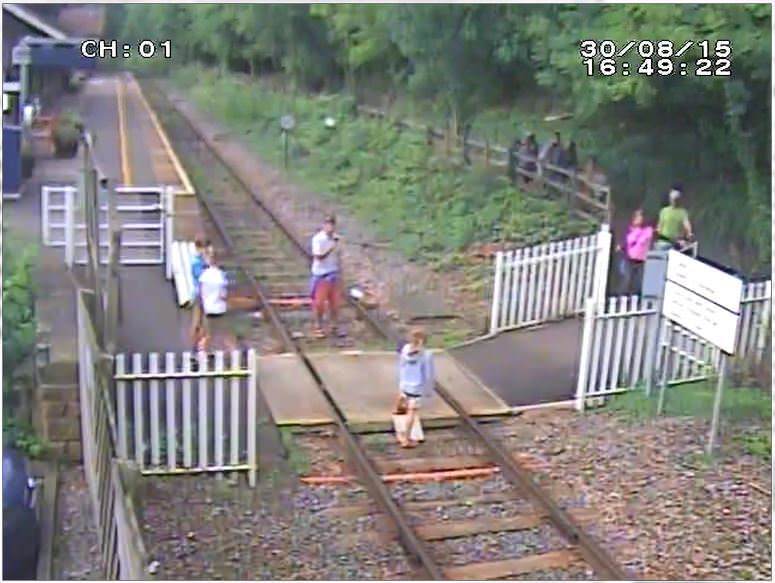 There have been incidents in the past that turned deadly, with people consumed by their photographic tasks not paying attention and getting run over by a train that surprised them.

British Transport Police Inspector Eddie Carlin summed up the situation with a grave reminder: “I have had to tell devastated families that their loved ones are not coming home due to incidents such as this and it's heartbreaking…no photo or text is worth risking your life.”