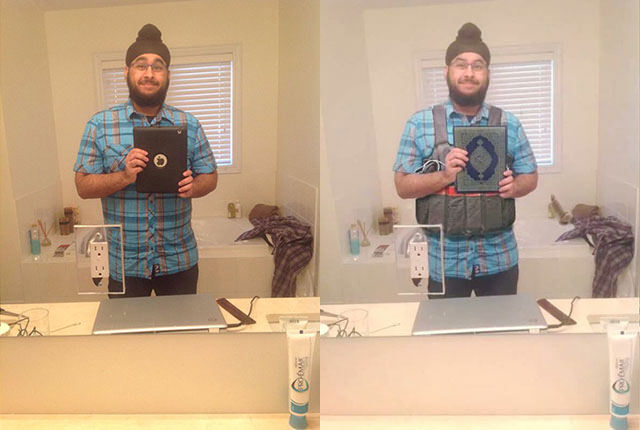 The Paris terrorist attacks last Friday represent one of the most tragic events in recent memory. Those of us at PhotographyTalk extend heartfelt thoughts to those affected by the events of that terrible day.

Unfortunately, the negative effects of that day’s events are now causing great distress to innocent people that had nothing whatsoever to do with the attacks.

As Buzzfeed reports, Veerender Jubbal, the man in the images above, took the selfie shown below on August 4th as he prepared for a date.

However, after the attacks on Paris last week, someone Photoshopped the picture to make him look like a terrorist. In the days since, the fraudulent image has gone viral and has been shared by groups sympathetic to ISIS, the organization responsible for the attacks, and has even been shared by news organizations the world over.

The image was placed on the front page of one of Spain’s most popular newspapers and used as part of the lead into a story about the Paris Attacks: 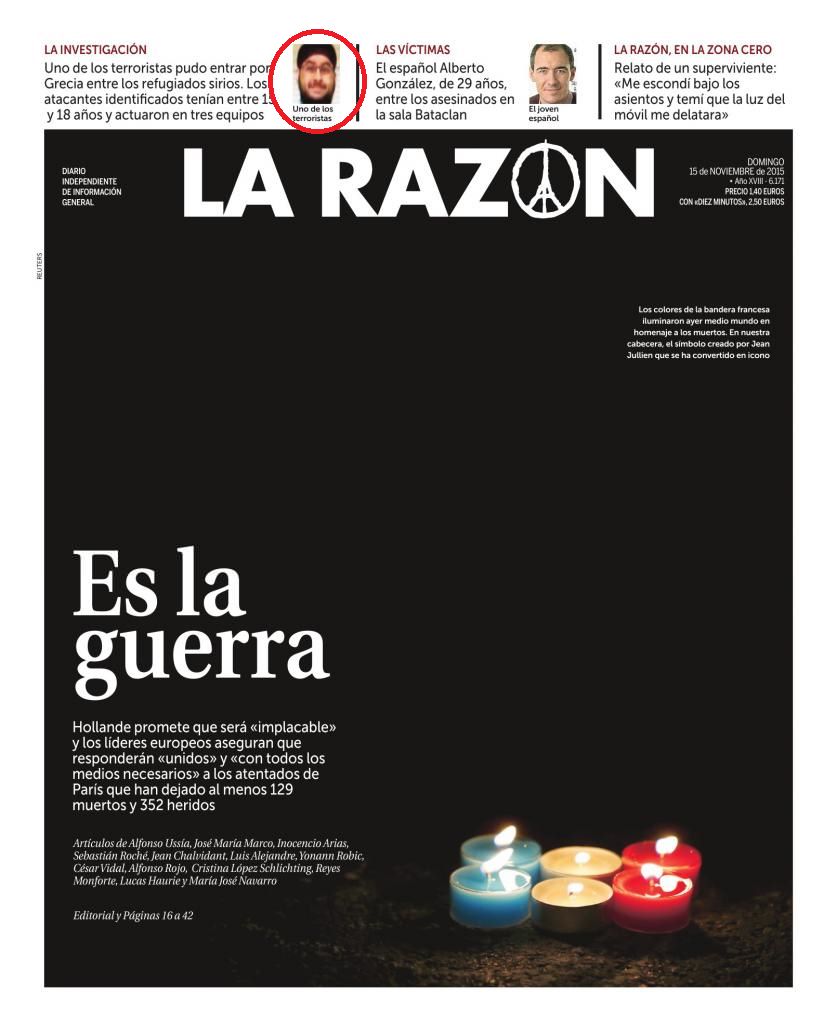 The image was also posted to Twitter by an Italian TV station, which also included the hashtag #kamikaze:

Needless to say, going on Twitter and seeing an image that made him look like a terrorist was shocking enough, but to see reputable news organizations sharing it as part of their coverage of the events in Paris has been doubly disheartening.

In the days since, Veerender has set out to prove his innocence:

You can all check the last retweets. Let us start with basics. Never been to Paris. Am a Sikh dude with a turban. Lives in Canada.

He’s also sought assistance from others in spreading the word that he’s not a terrorist:

Has spread to the point, where many people have had to tweet about the photos being photoshopped.. Any support/nice messages are welcome.

Despite the push to exonerate himself, Jubbal realizes the far-reaching extent of this awful situation:

In gauging this entire incident--millions upon millions of people have seen the photoshopped images, and have placed me as a terrorist.

According to Jubbal, this situation is thanks to supporters of Gamergate, a controversial group known for harassing women in the video game industry. Jubbal has been a vocal opponent of the organization for a year and has taken to Twitter to express his displeasure with them on multiple occasions. Gamergate supporters, meanwhile, have been unsympathetic to his plight:

@Veeren_Jubbal We know you're not a terrorist. But after you called me one, I can't feel sympathy. Karma's a bitch when you are, too.

Yesterday, aided by the Sikh Coalition, Jubbal released a statement, which, said in part:

While the past 48 hours have been deeply disturbing on a personal level, the broader impact of this image going viral for the Sikh community is what upsets me the most. Sikh articles of faith, such as our turbans and beards, represent a commitment to universal justice, equality, and helping others (seva), yet Sikhs continue to be mistakenly and offensively associated with terrorist networks abroad. The Sikh community has faced significant violence and discrimination following major terrorist attacks because of our religious appearance. We must be better than this.

There’s enough wrong with the world as it is; we certainly don’t need people using photography to spread hatred. Indeed, as Jubbal says, we must be better than this.