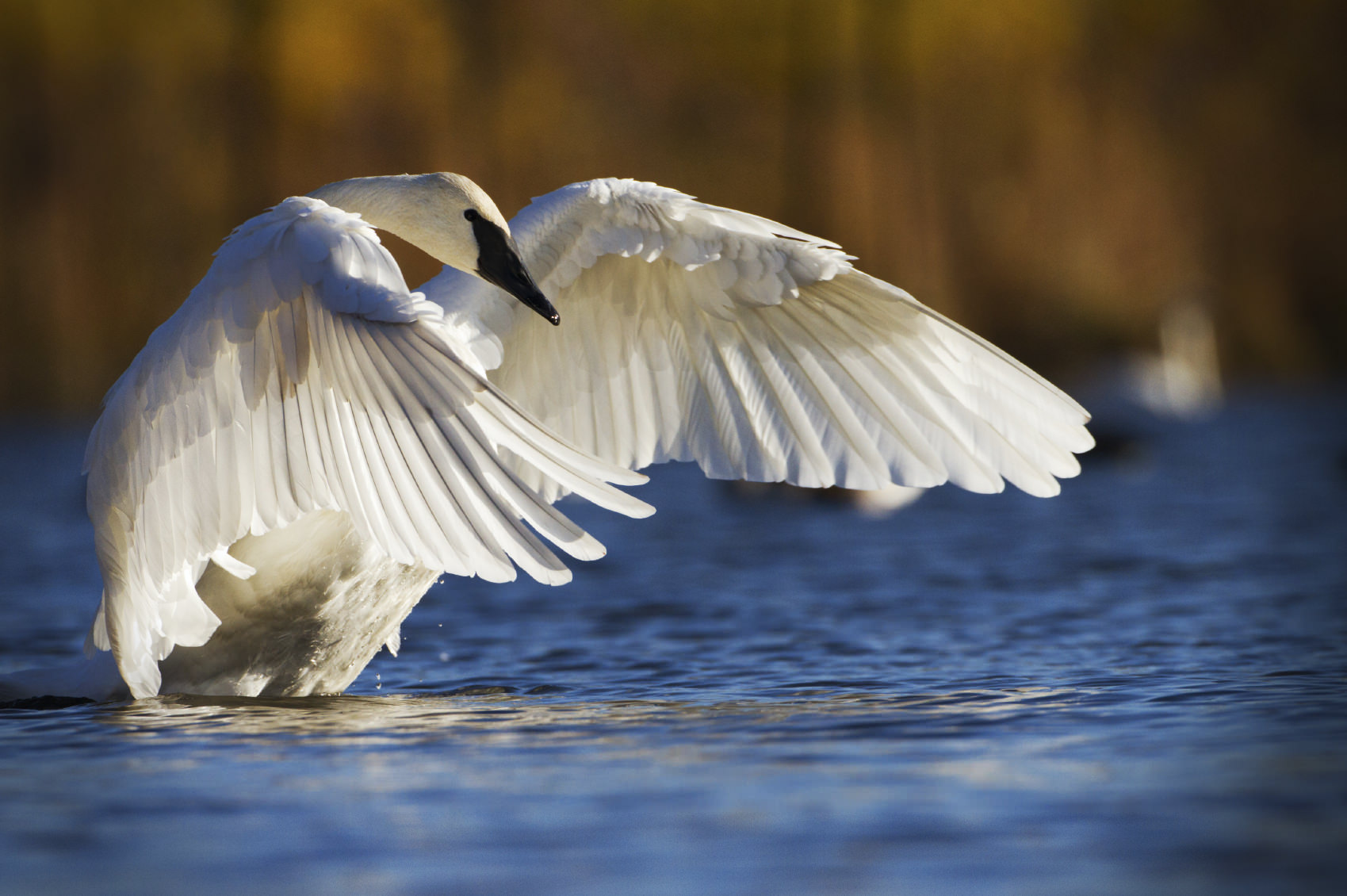 In the last lesson, we discussed exposure settings, panning and focusing when photographing birds in flight. While mastering those skills is imperative to success, there are other considerations that play a large part in getting those incredible images. This lesson will describe those considerations and how to deal with them.

Working with fast-moving subjects in the sky is a challenge. Throw in the various and often changing lighting conditions you can encounter outdoors and it becomes even more complicated. One of the most frustrating aspects of bird-in-flight photography is lighting the subject correctly. Let's look at some of the problematic types of lighting and some methods of dealing with them.

Bright vs. Cloudy: In almost all outdoor photography pursuits, evenly overcast skies usually present the most convenient lighting, since the ambient lighting will have a nice, diffuse quality that scatters evenly on your subjects. Bird-in-flight photography is no exception, as long as you're careful to expose for your subjects, rather than allowing the camera to average the entire scene, which can result in dull, muddy colors and loss of detail in the subject.

Sunny days, however, aren't any reason to avoid photographing birds on the wing. Except when the sun is directly overhead, opportunities for great shots will still be there, and the stronger light can add contrast that enhances details. One tactic that's used by many bird photographers is to only shoot near sunset and sunrise, so the angle of the light is lower and easier to direct. These times of day may require higher ISO settings for in-flight shots. 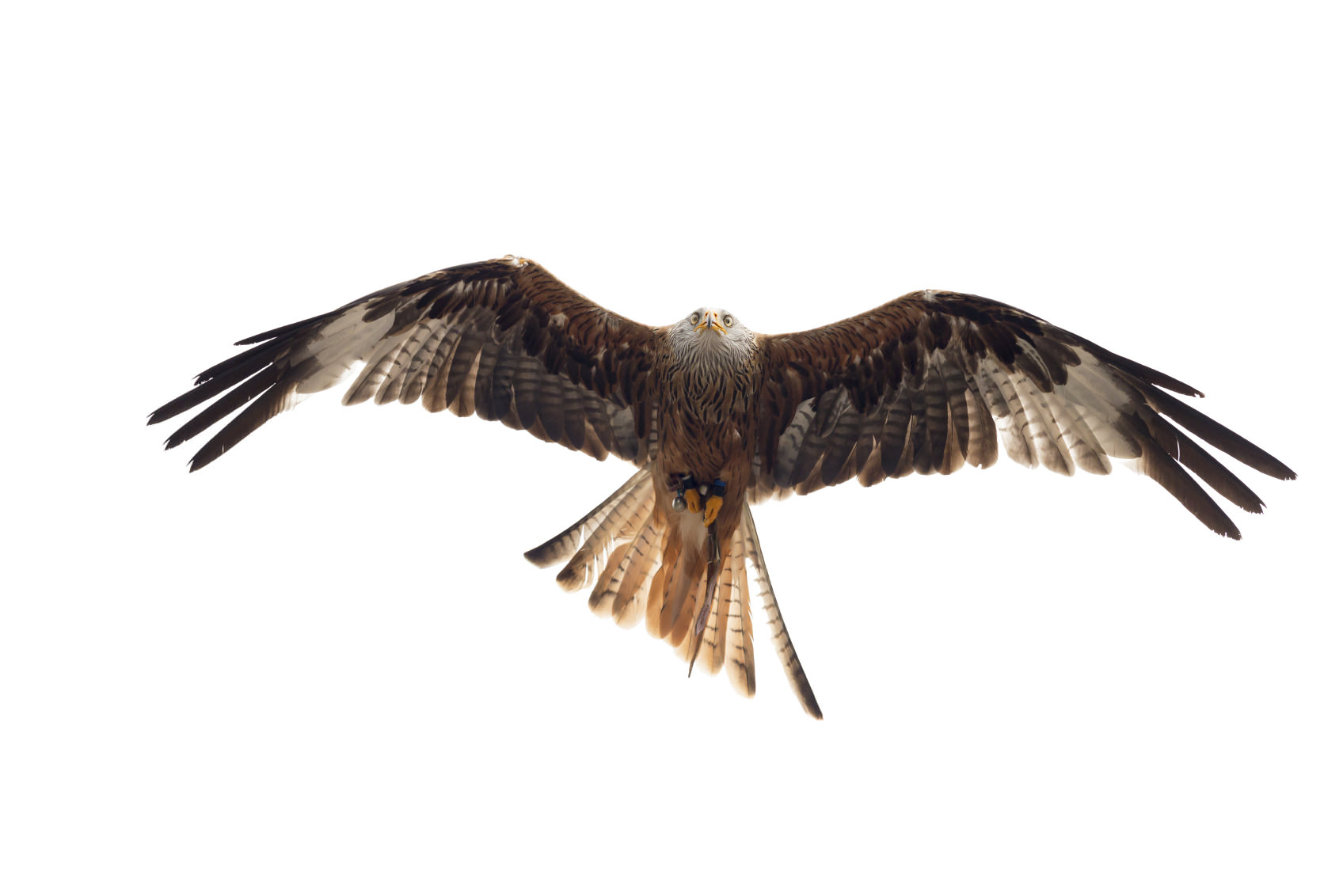 Back-lighting: Since birds are most often going to be above you, a back-lit subject is going to be a common scenario. Depending on the strength of the light and the area you're exposing for, you may end up with no shadow detail on the underside of the bird, or a complete silhouette. The most practical solution for this issue is to expose for the underside of the bird, keeping in mind the concept of Exposing to the Right.

One simple way to accomplish this is to preset exposure compensation to the + side and then use the exposure lock to meter for the the underside of the bird. This should bring up the details in those shadow areas and may create dramatic rim lighting around the edges of the subject, between wing and tail feathers, etc. 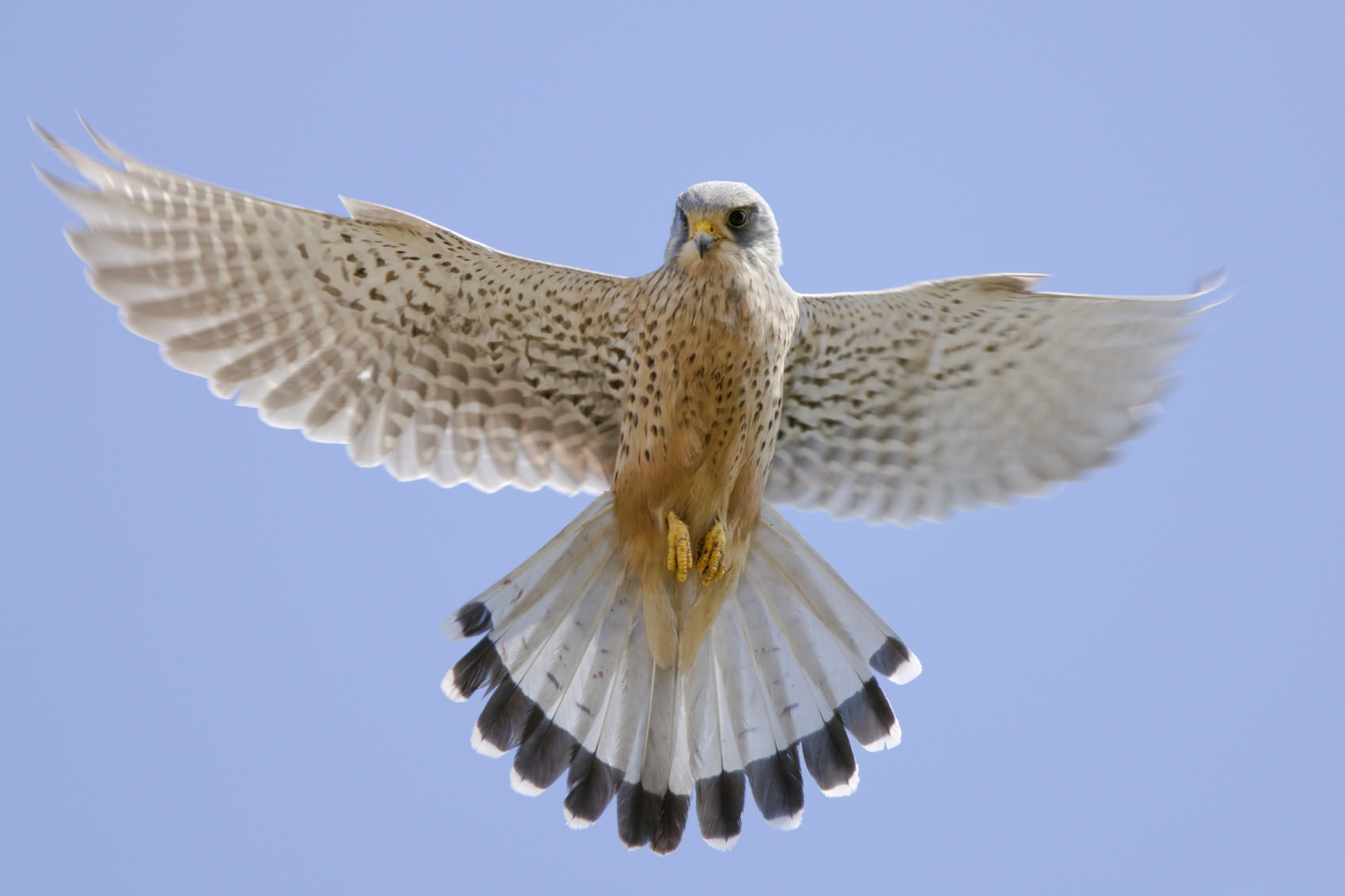 Wait for the Angle: Another good way to overcome the problem of underexposing the underside of flying birds is to simply follow them with your lens until they “bank” or otherwise turn at an angle that lets the sunlight illuminate those shadowed areas. A bird coming in to land, for instance, will often “flare” at the last moment, opening up its underside to the light. This method may test your patience, but can produce nice results.

From Sun to Shade: Another problem with flying birds is that they tend to pass from well-lit areas to shady ones and vice-versa. This can become a problem if you've set your exposure manually or locked in exposure too long before you take the shot. Resetting your exposure often is a good idea.

Flash: With a few exceptions, flash is much less effective when the birds you're photographing are flying. To begin with, the subjects are usually out of range, even with a flash extender. The fact that they're moving quickly makes metering more difficult, as well. 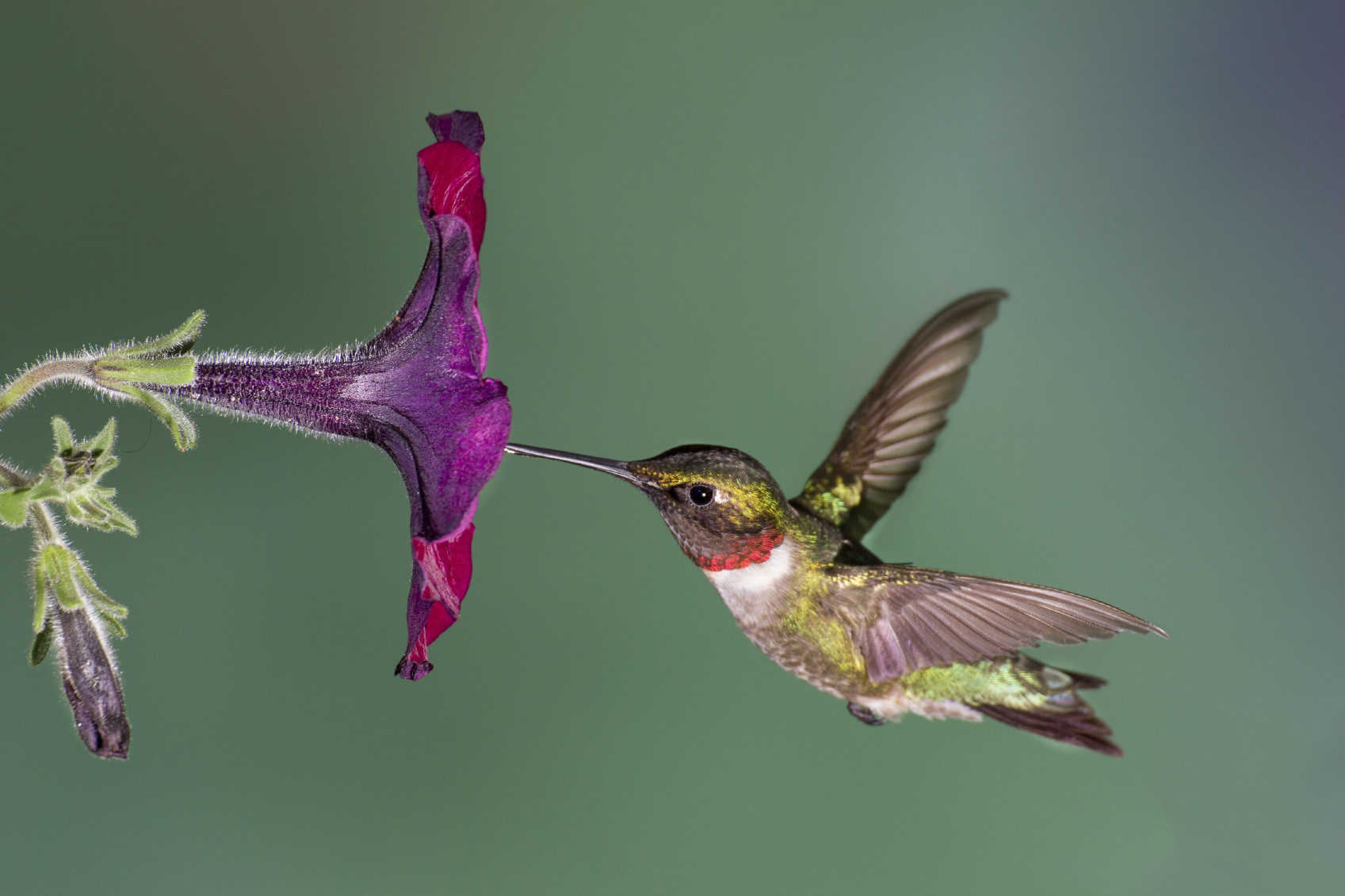 You may be able to use a flash effectively for birds landing at a feeder, and it's an extremely useful tool for capturing hummingbirds as they hover. Both of these scenarios should put the birds within the range of a good flash head. 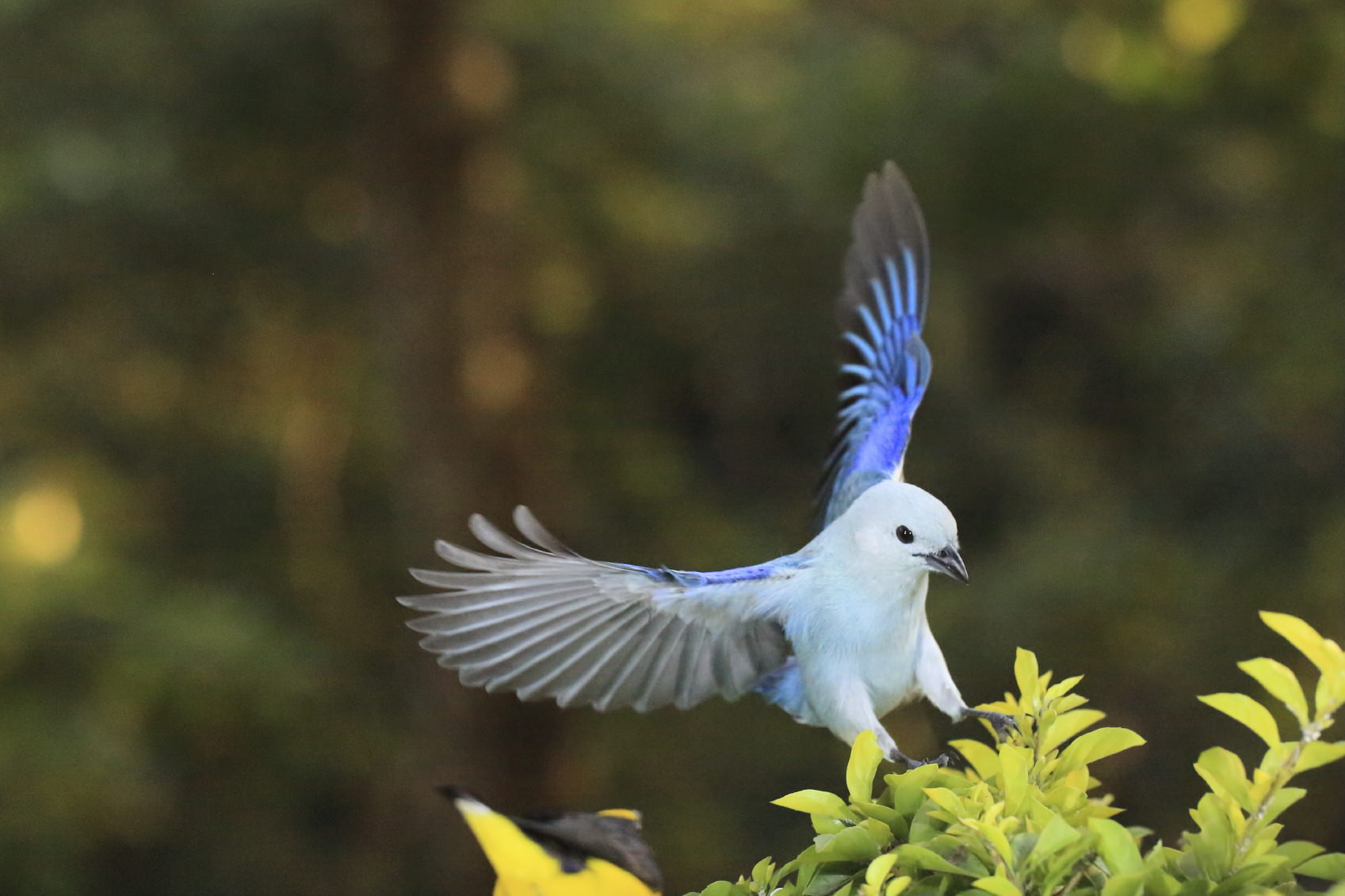 Knowing their behavior and waiting for the right moment while capturing birds in flight can provide much more dramatic and interesting images. By studying the habits of the birds you're photographing, you'll learn to anticipate those moments. A few examples to watch for are:

Again, the best way to capture these poses is to know your subjects' habits. Studying them in the field, watching video footage and researching other photographers' work is a great way to learn what you need to know.

With the help of these tips and those in Part 1, we hope that you'll find that you, too, can capture incredible images of birds on the wing.