Customer reviews on Amazon are intended to be helpful for other customers thinking about purchasing the same product.

Yet, sometimes, reviews on the retailer’s site go a little off the rails. In fact, it happens so often that Amazon has even dedicated a page to its funniest reviews. 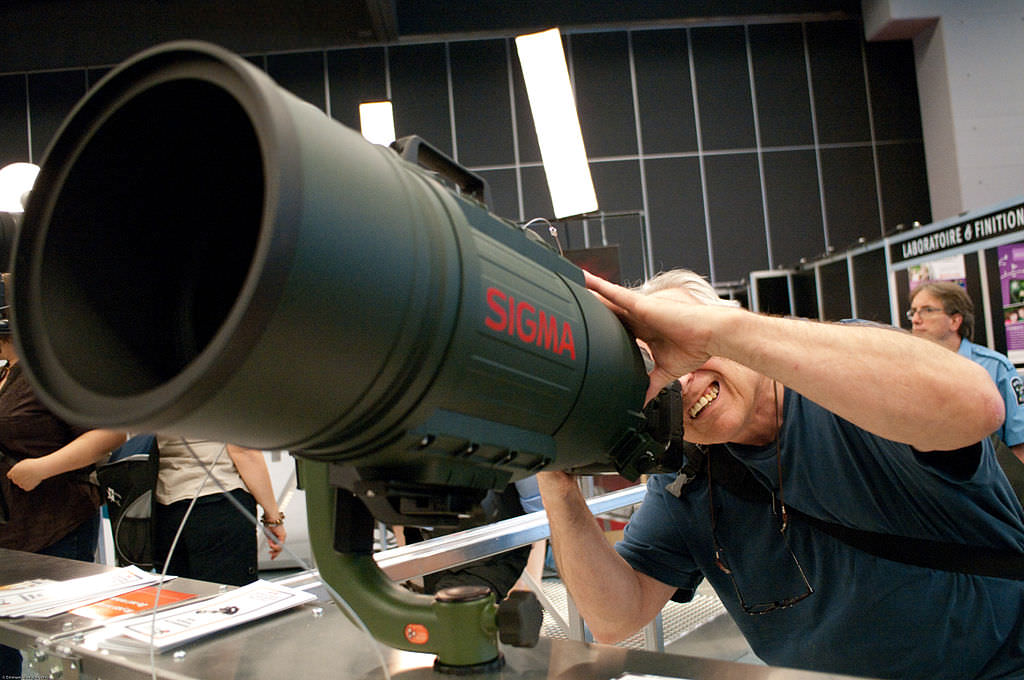 By Emmanuel Huybrechts from Laval, Canada [CC BY 2.0 (http://creativecommons.org/licenses/by/2.0)], via Wikimedia Commons

One product, the 35-pound Sigma 200-500mm f/2.8 APO EX DG Ultra-Telephoto Zoom Lens seems to have more than its fair share of funny and off-the-wall comments regarding its weight, size, and price tag (which is only $26,000!). Here are a few of our favorites, from the completely sarcastic to the utterly creative:

“Took this bad boy to the top of the Chrysler building and threw it off. It shattered into a million pieces, exactly as expected. Completely satisfied, would highly recommend.”

Watch out for the recoil

“I rented this lens after I passed the background check so I could go birding. Saw a nest and pointed the lens, soon as it came into focus the poor thing dropped dead from the sun’s reflection off the lens. So I headed off to a shelter. I saw a beautiful wood duck framed the image in the viewfinder. I tell you what, I was not ready for the recoil when I hit the shutter release. The whole thing rocked on the tripod and gave me a black eye. The duck was gone, nothing but feathers on the water. I checked the image on the canon, captured it beautifully just before the duck exploded. Can’t wait for deer season, hope to catch some bucks fighting and use the antlers to make the frame.” 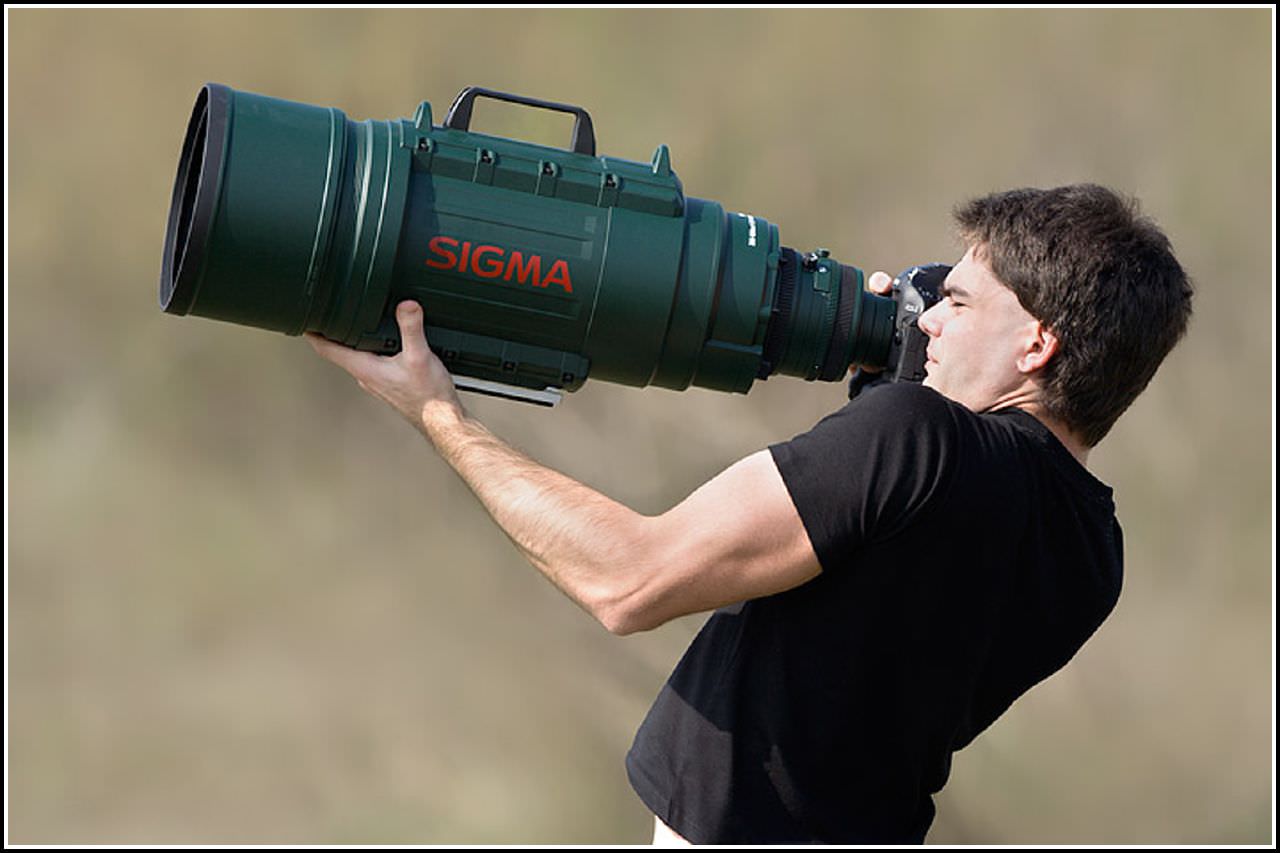 Small W***y Perhaps? by Ben Salter licensed under CC by 2.0.

“I took this baby to the theatre instead of the old boring monocular. Very low profile. Hardly anyone noticed.”

“Well, I finally decided to spring for the Sigma 200-500 f/2.8. For under $30,000 I couldn't pass up the deal. I know, carrying a 37lb lens around may seem like a chore, but the savings in gas to drive to photo shoots more than compensates for it. I actually do most of my Florida and Georgia area outdoor wedding and landscape shoots from my rooftop now. The IQ is tack-sharp even wide open at 1000mm (w/ 2x converter, obviously) The issue I had, was when the FBI and Homeland security showed up at my house. I was shooting a wedding in downtown Orlando, which is only about 30 miles away, from my roof. The house was surrounded and guns drawn on me. You see, I live near enough to a major airport that the neighbors mistook it's green color and imposing size as some sort of ground to air missile launcher. I would strongly consider coloring it a light color to minimize thermal expansion during the day, and marking the side "Not A Stinger Missile". Also, it is a nice walk around lens for family trips to the zoo. Low light performance is superb. Most photos can be taken without flash, on a moonless night, following a massive power outage, by simply lighting a fart during the exposure. Experiment with differing brands of beans, as it affects the color temperature of the raw shot.”

“It’s a bargain, at only $743 per pound. AND, it has a nice top-mounted carry handle, which also serves well for tying on a rope to anchor your boat. My Nikon D800 cost $1,364 per pound and does NOT have the anchor rope handle.” 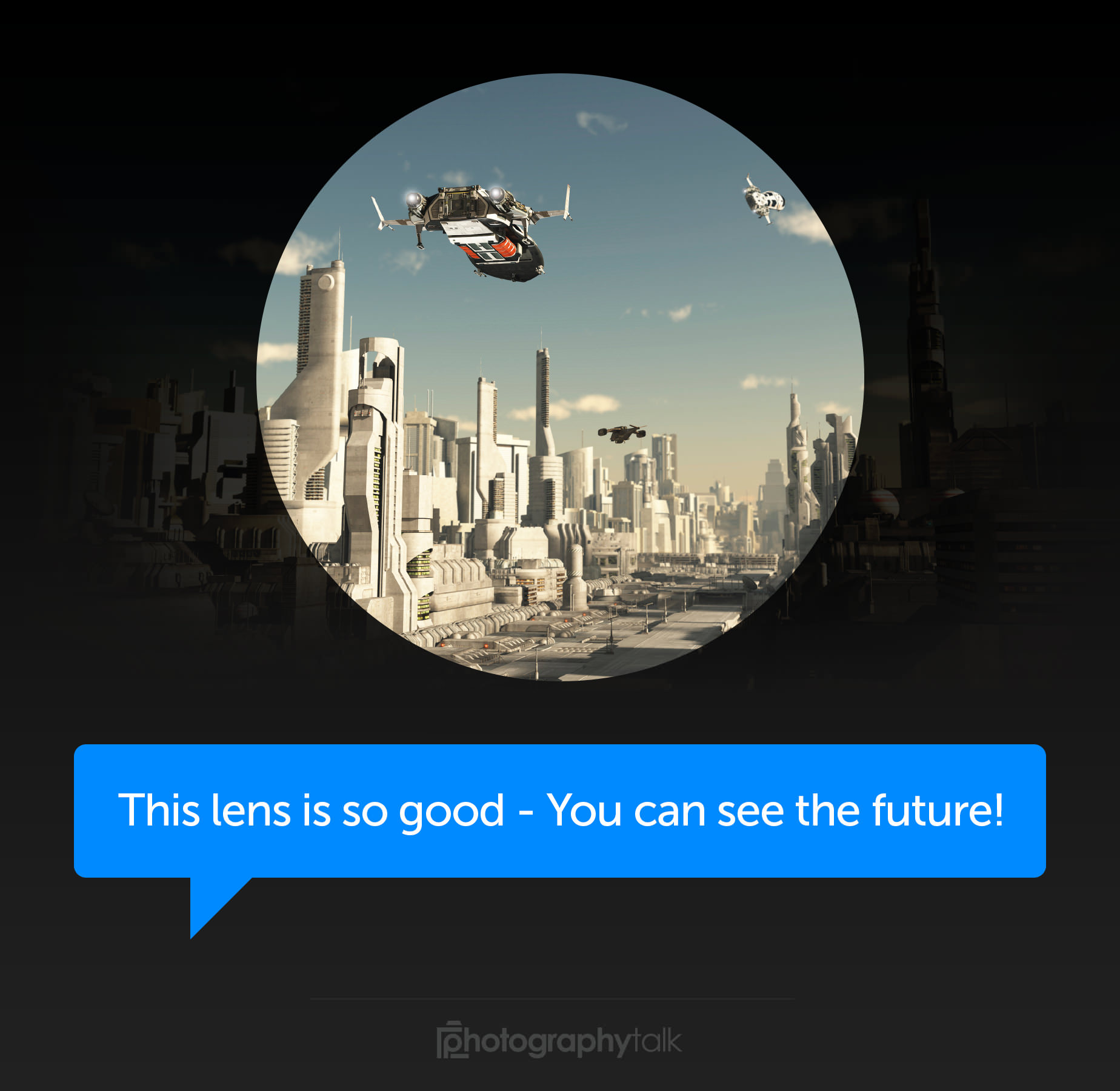 “After shaving off $25,999.00 from my double Nobel prize in physics and mathematics, I purchased this piece of scientific jewelry for my own personal experimental endeavors. I was hoping to test out the hypotheses theorized by other people here, on Amazon, that it might be capable of capturing light from the Big Bang or that one could see the molecule mesh in solid structures in visible light. I was able to determine that those hypotheses are indeed false. Also, although I was able to capture some beautiful sunsets on Kepler-186f, the mathematics involved in calculating the effect of the curvature of space on the light path in order to aim at the right patch of sky and determining the amount of influence conveyed by special relativity on time difference between the constantly moving earth and the remote planet in order to wake up at the right time for the shoot, made my photographic endeavor far less pleasant. Also, I found it somewhat difficult to hold the camera steady during the shoot due to the long distance to the subject and the rather large weight of the lens.

However, after careful considerations, I decided to keep the lens in order use it to protect humankind from any future asteroid threat against Earth. To that end I also purchased Quantum Qflash TRIO Nikon (QF8N) and have set up a clever contraption which upon setting off will obliterate any near earth object that might pose a threat to our continued existence.”

“Will this work with my IPhone 5S?”

If you’re so inclined, check out the specs on this massive lens here or read even more hilarious reviews here.